We celebrate what some folk suggest is the ultimate flying featherweight, the D14/4 Sports, in the August issue of the magazine. The lively lightweight evolved considerably from its launch in 1948 until it finally stopped swingin’ as the Sixties swerved into the Seventies. Here are some of the Bantam highlights – and a stack of nostalgic ads for your entertainment… 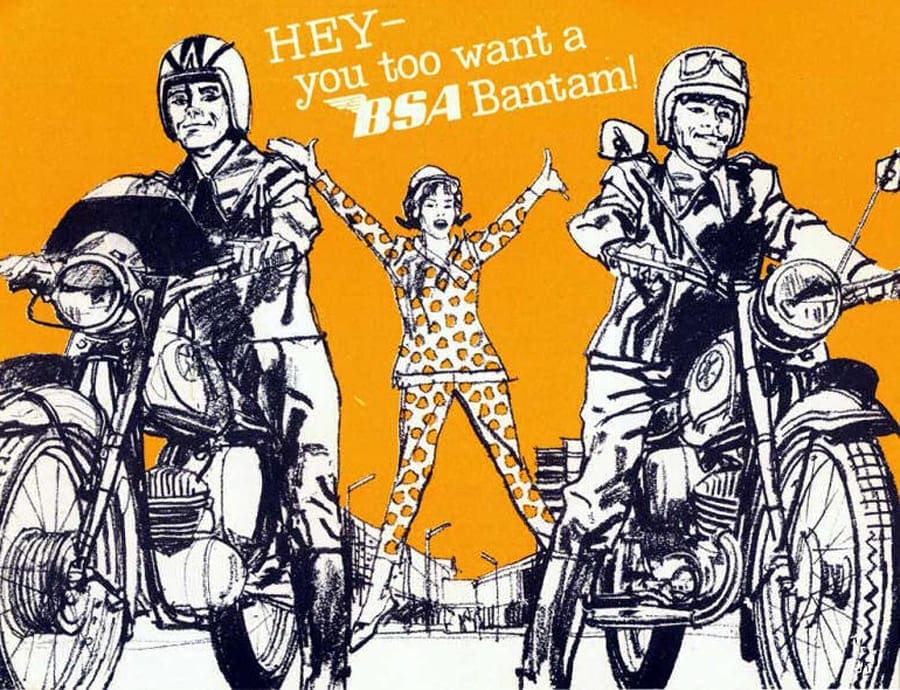 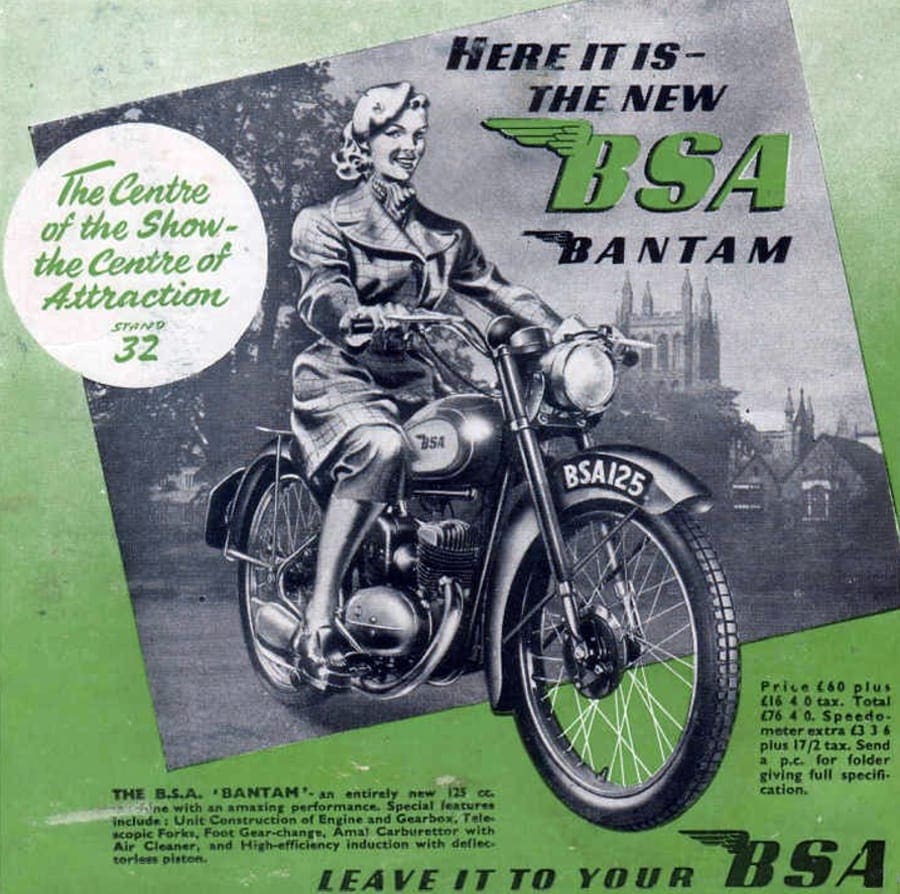 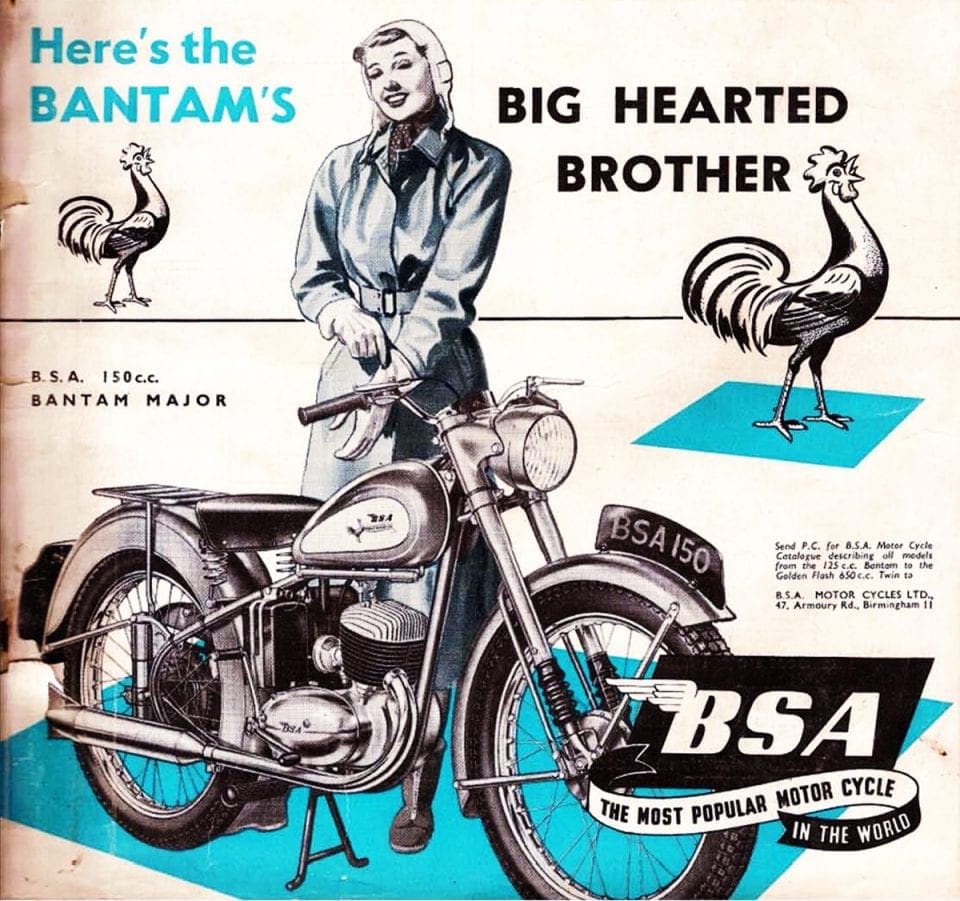 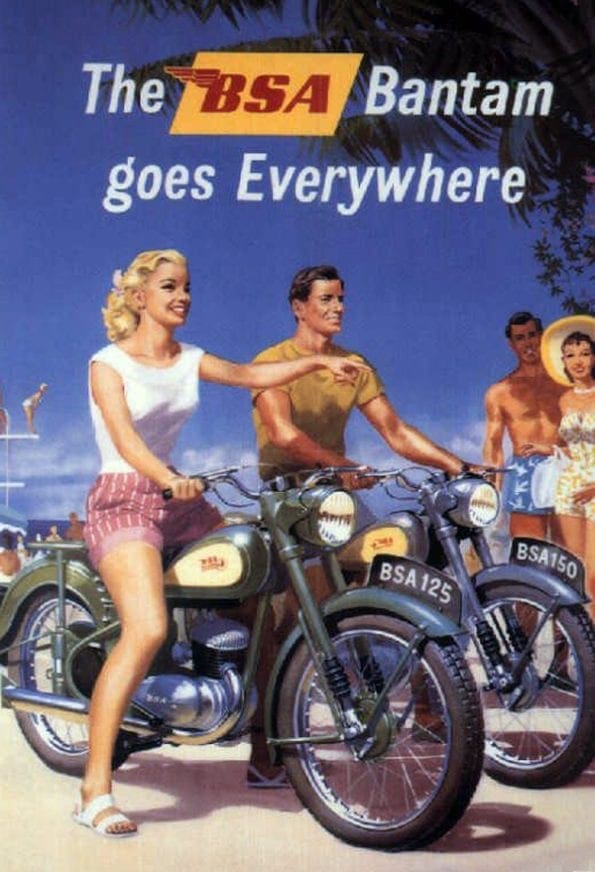 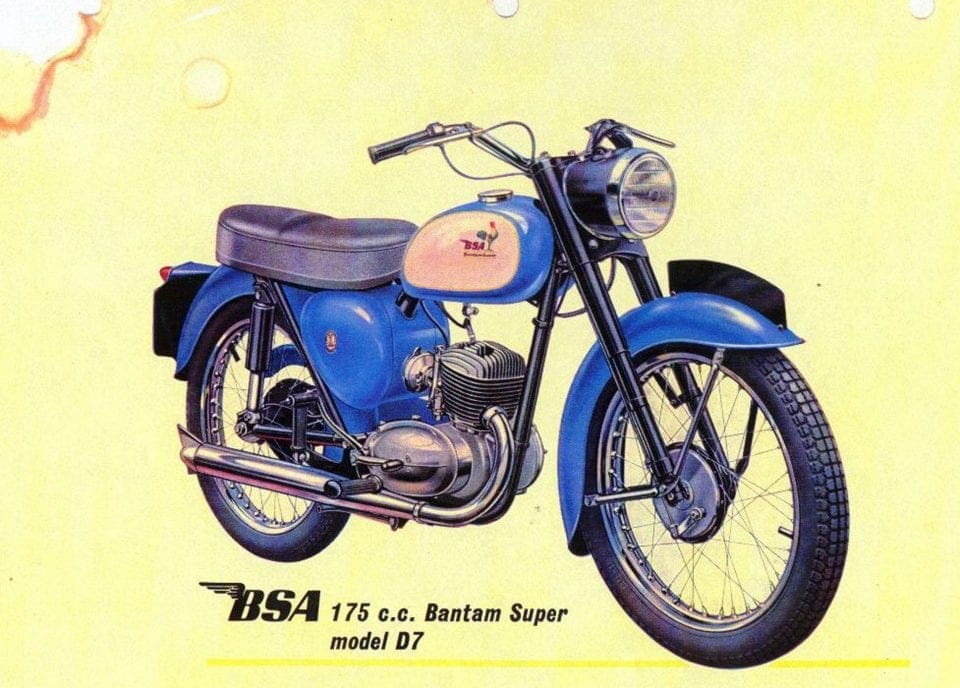 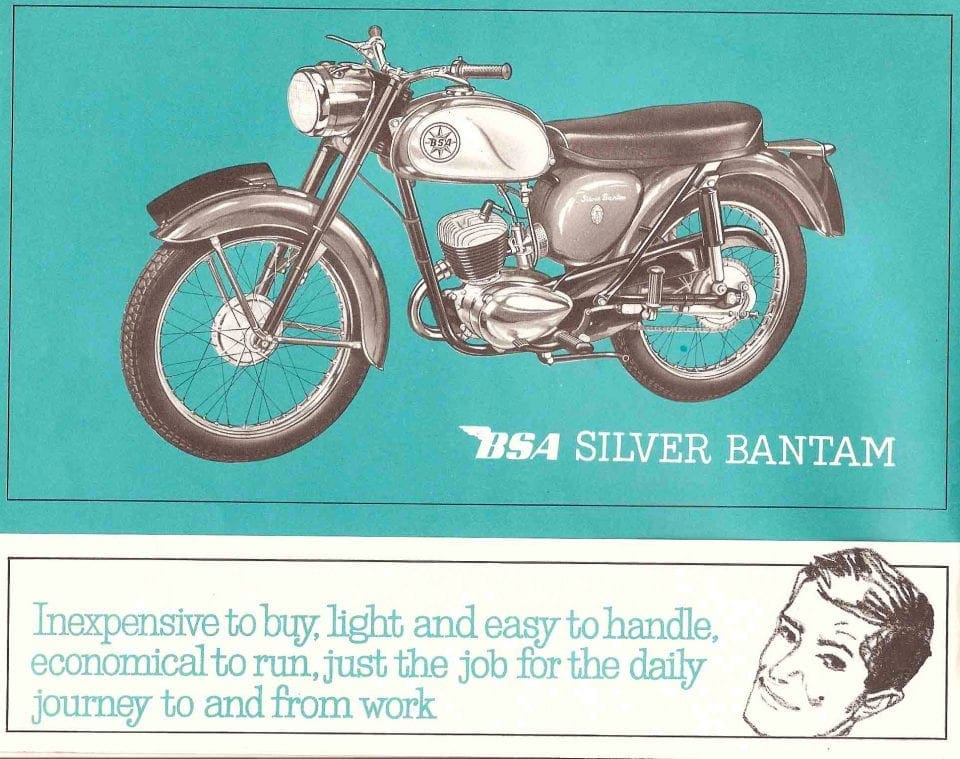 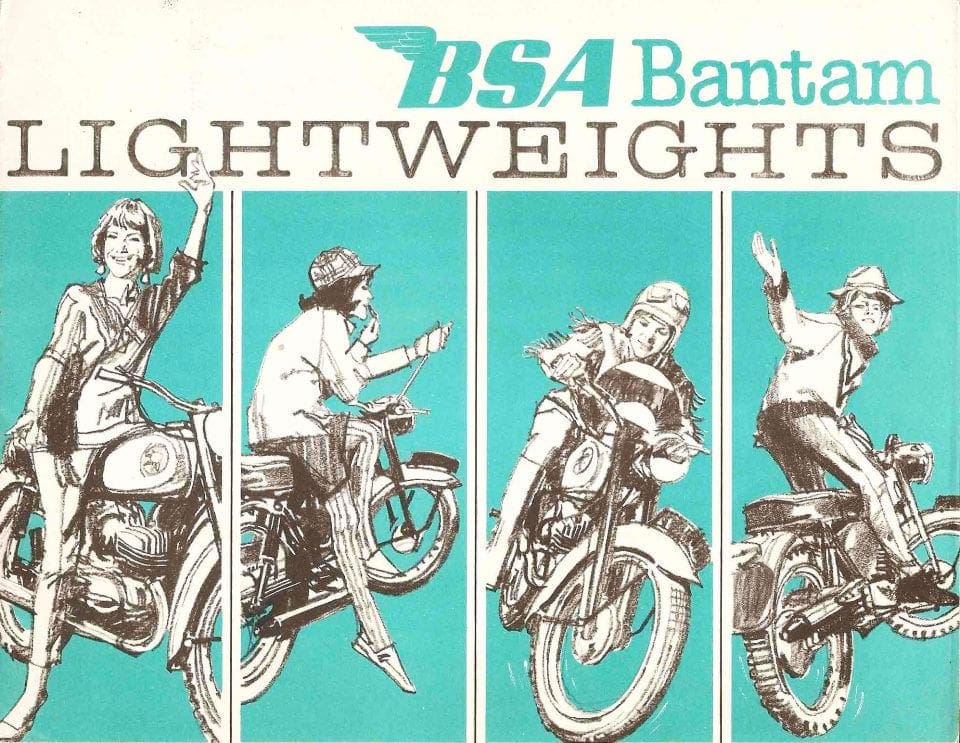 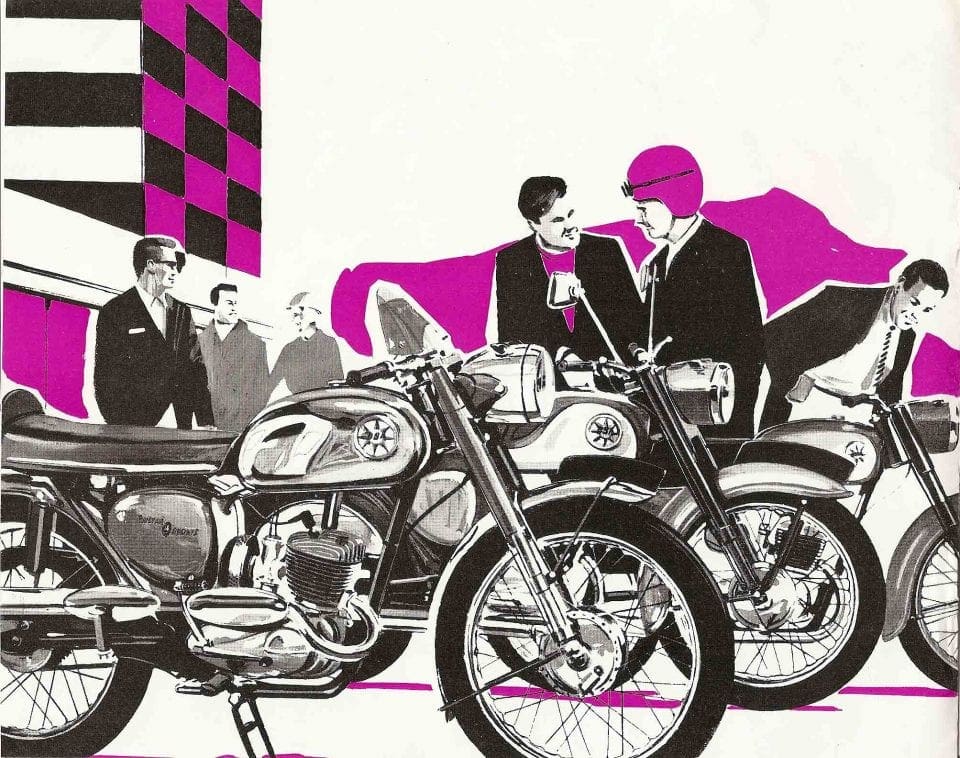 1969: B175 arrived, easily identified by its centrally-mounted spark plug. Several significant engine tweaks improved reliability; compression reduced slightly to 9.5:1. Better forks fitted from the Tiger Cub. Typically more robust than all its predecessors if not quite so quick as the D14/4 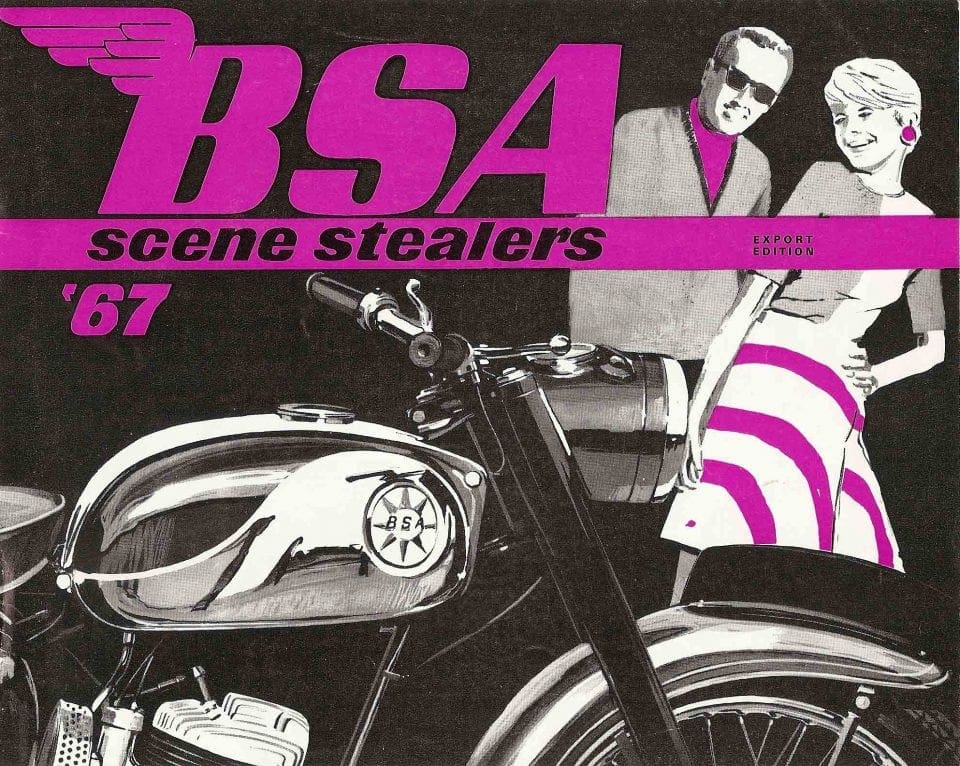 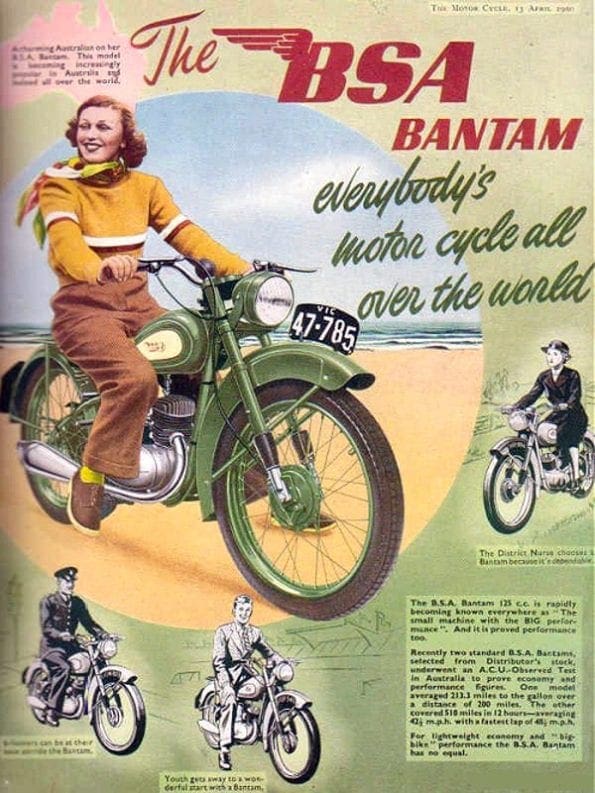 Bantam owners are brilliantly served by not one but two active and enthusiastic owners’ clubs.

The model-specific BSA Bantam Club is only 15 years old but it rapidly established itself as one of the most welcoming organisations on the old bike scene – and you’ll find an extensive array of Bantams on display on the club’s stand at just about every big event. The Bantam Club not only supports existing owners and committed fans of the featherweight, but works hard to introduced people to the low-cost delights of classic motorcycling in the shape of this affordable two-stroke. The club’s membership has grown to over 1100 and it costs £18 to join.

The BSAOC, by contrast, is one of the UK’s longest-running marque clubs – but it promotes itself as ‘the friendly club’ and welcomes enthusiasts from around the world. You don’t need to own a BSA to join, and the BSAOC offers plenty of support for prospective purchasers through its branch network and technical consultants. Annual membership costs £25.

Got a tall tale to tell about your own BSA Bantam or another British classic bike? We’d be delighted to hear from you…

Words by Rowena Hoseason / images from the RC RChive