A recent feature about running and riding Honda’s slim and sprightly single as a current day classic prompted Tony Anderson to recall the days when he maintained high-mileage despatch hacks. He highlights some of the 250’s strengths and weaknesses, offering expert advice and technical tips… 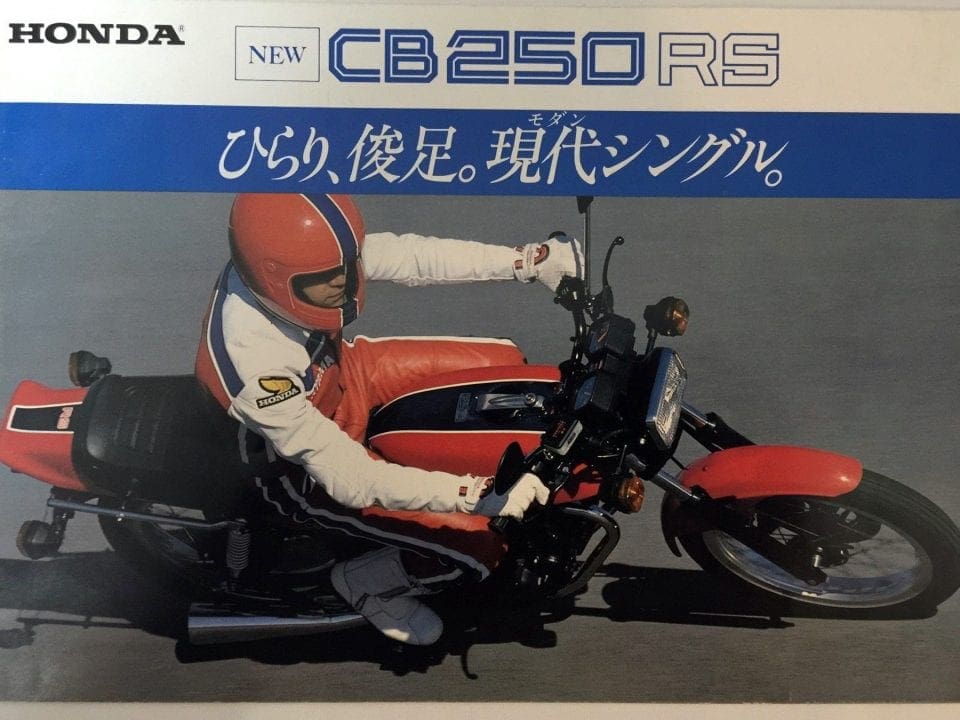 I was always surprised that Honda, the company that produced a gutless slug like the 250 Superdream, could come up with such a lightweight charmer as the RS (282lb dry against 367lb), but then what do I know? They sold zillions of Superdreams…

During the 1980s I was a partner in a small London motorcycle repair and hire company which served the courier industry (anyone remember Good Vibrations in Shoreditch?). As you’d guess, a great many RS 250s passed through our doors. Our riders were of course thrashing them hard at low road speeds so they had a much tougher life than most. Nonetheless they were pretty reliable with the big proviso that you had to watch the oil level. Capacity was only 1.5 litres which didn’t leave much reserve if it got low, and in London courier conditions they inevitably consumed oil. 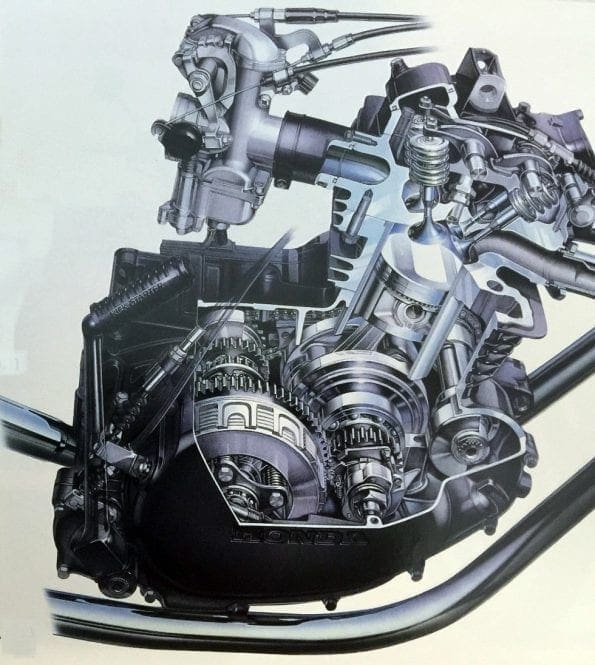 Cylinder heads were usually OK for about 40,000 miles on the kickstart model, then they would start to crack between the valves with consequent compression loss and hard starting. The electric start RS-D versions had higher compression heads and these could fail very quickly. I’d definitely advise buying the kickstart RS-A version if you intend to use the performance. The good news here is that Honda’s automatic compression release system is superb. Provided you keep the cable adjusted, kickstarting is such a pushover (sorry) that I’ve done it easily by hand to prove the point. I wouldn’t recommend that as a regular practice of course, there’s always the possibility that it could kick back…

If you do need to remove the top end you will almost certainly need to repair some of the threads for the rocker cover screws. We found Timeserts best if you have room; they’re a solid part so the end doesn’t jump out as can happen with Helicoils. However, the latter need less space so sometimes there’s no choice. Whichever you use, grease the screw threads before refitting. Ordinary high temp grease is OK, you don’t need copper. 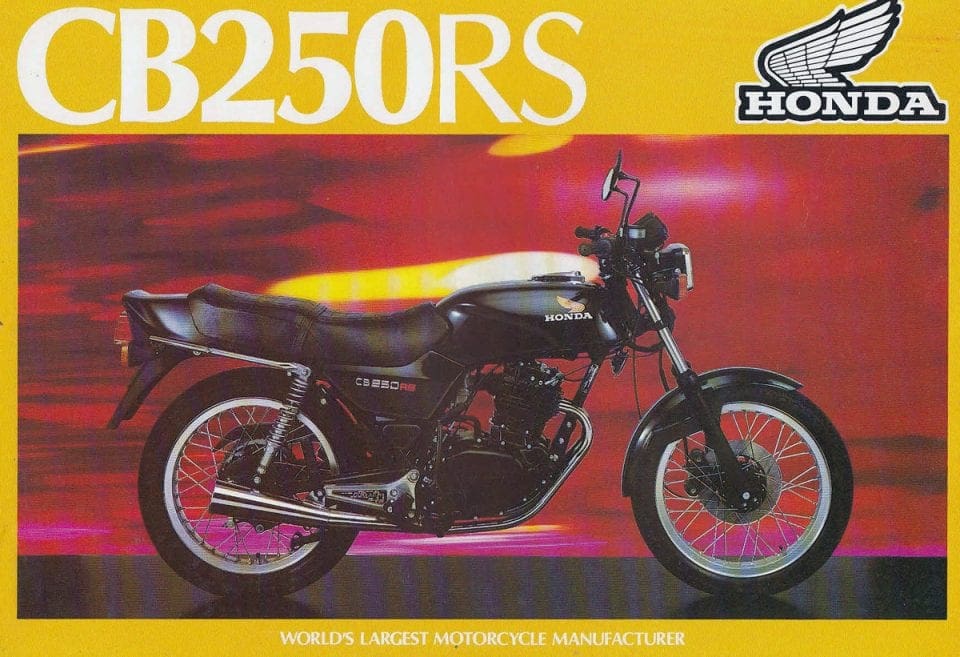 In the recent magazine feature, chain life was mentioned. The cush drive in the rear hub is rather feeble, and low flywheel mass adds to the peak chain loads (though it helps the bike’s liveliness of course). Keep the chain well lubed, ideally with a Scottoiler or similar, adjust it regularly to reduce transmission snatch, and expect to change chains and sprockets often. 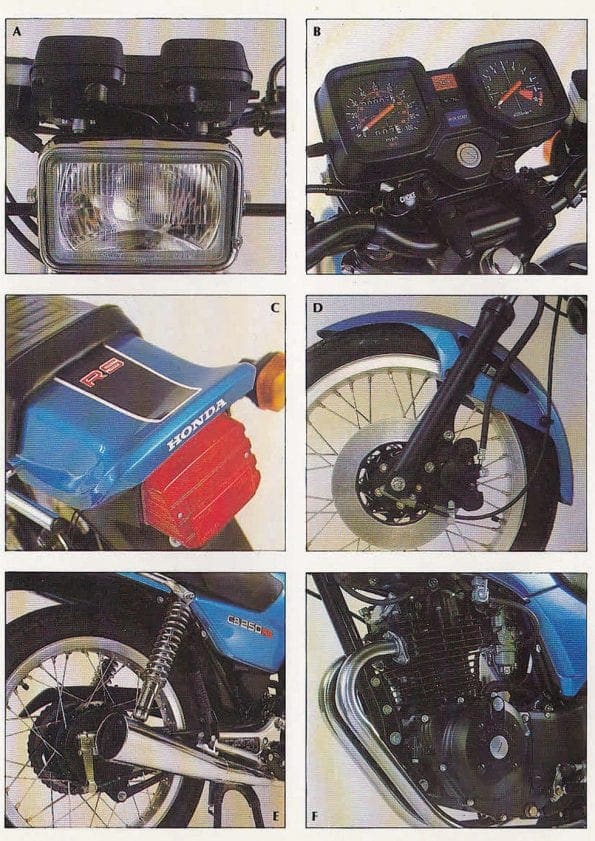 Ignition had an odd quirk. It was self-generating and you shut the engine down by shorting the low tension side to earth. The contacts on the back of the ignition switch were exposed and a build up of crud combined with damp weather could cause just enough current leakage to ruin the spark when starting. If your bike doesn’t want to run and the compression’s good (see above) then try cleaning the back of the ignition switch. The earthing wire is the black one with a white tracer.

The front brake is Honda’s single sided, sliding caliper device. We didn’t see too many problems with these as the bikes were in constant use but the sliders definitely need to be kept greased. Again, you don’t need copper grease unless your nickname’s Vale and your carbon discs glow orange. Ordinary hmp grease is fine. 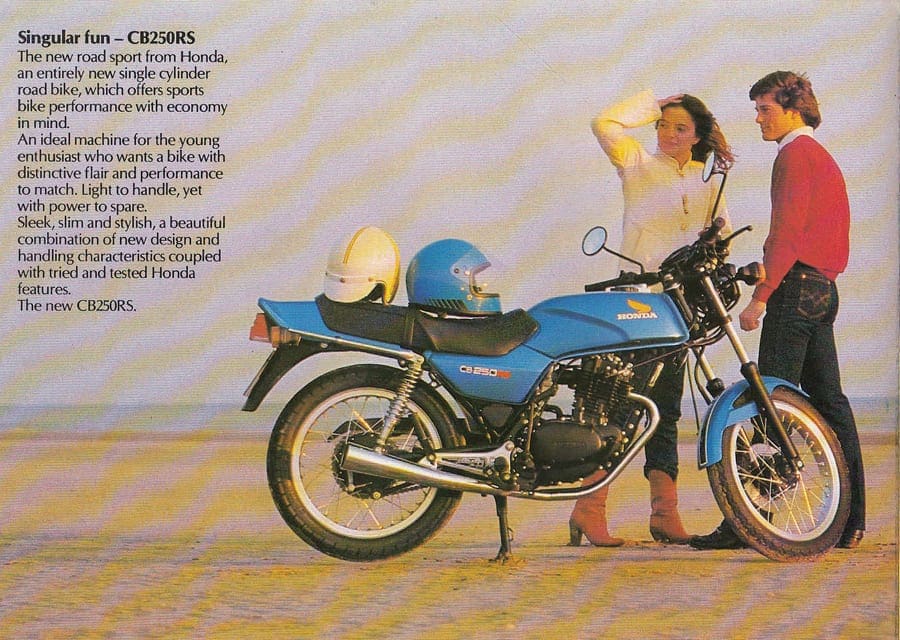 I agree that the successor to the CB250RS, the CBX250, was a real disappointment. We only had one. There wasn’t any noticeable performance improvement over the RS; it was much more complicated (radial valves? really?) and while the ball bearing camshafts should have been long lived, our bearings failed at very low mileage. Then we found that Honda wouldn’t sell the odd-sized bearings without the cam, making the whole business an expensive debacle. Probably designed by the chap who did those awful inboard disc brakes. 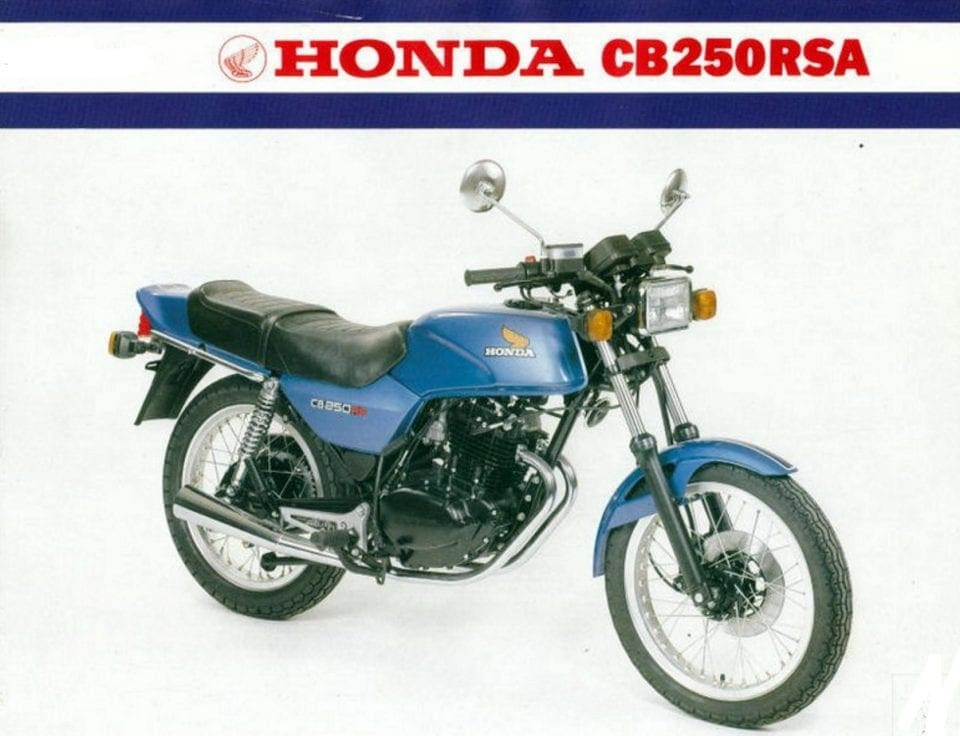 Finally, if you like the RS but want a bit more stomp, the XL/XR/FT500 engine is almost a bolt in fit. You’ll get through a lot of chains though… 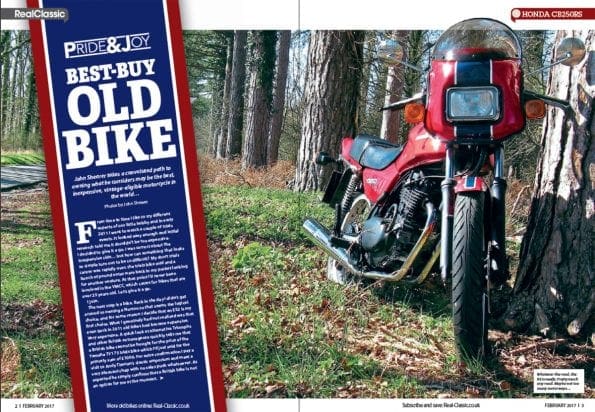 The feature which prompted this excellent article appeared in RC154, which is available in print and digital formats