BSA’s stalwart 250 single used to be the obvious choice for learner riders, back in the 1960s. Fifty years later the unit construction C15 has become another obvious choice – this time as a starter classic, a first British bike. We featured a Ceefer in the magazine last year, which inspired John Blackburn to share his experiences on the subject… 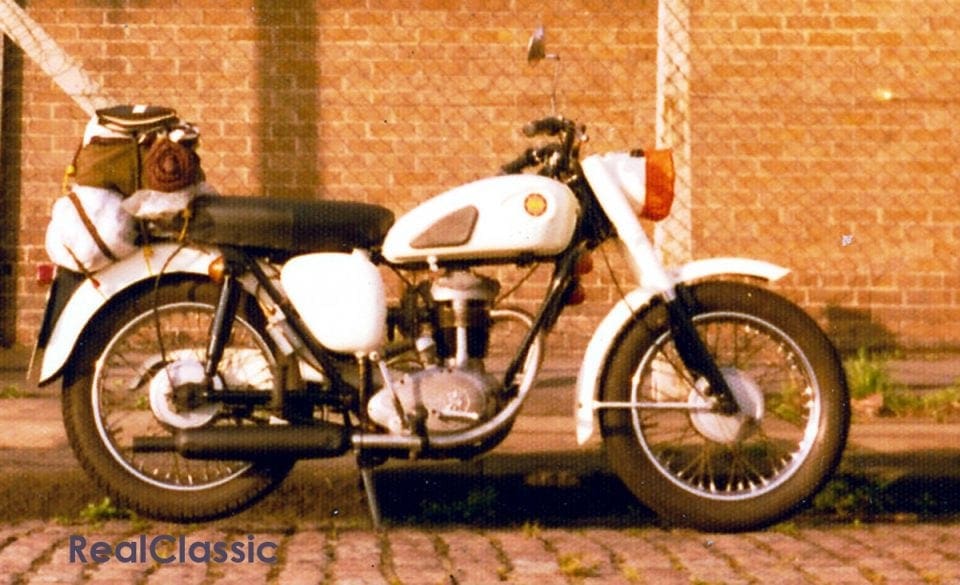 My C15 is shown outside the Sheffield garage of Leather and Simpson, prior to setting out for a brief visit to Scotland. Note the pre-war Triumph handlebar, the return line oil filter attached to the rear seat stay, behind the oil tank, and the round BSA stickers on the fuel tank to replace the missing tank badges.

An extra-long front brake fulcrum lever is just visible. To improve the brakes, get the correct linings and get them ground to the drum, in the wheel. Secondly, fit a B40 brake fulcrum arm, which is longer, or make your own lever out of quarter-inch steel plate and make it a half-inch longer than standard.

One photo which accompanied the roadtest in the magazine showed a gent with his finger in the pushrod to rocker access hole of a similar C15, while turning the engine with his hand on the kickstart lever. This practice could result in a painful experience: definitely not recommended! This aperture is intended only for lining up the pushrods with the rockers when refitting the cylinder head.

The main photo is interesting in that it shows a very early production model. Note the one-piece exhaust pipe and silencer, the latter being a plain cylindrical tube, not the normal slightly bulbous shape. Note also the soft plastic beading between the oil tank and the centre panel, on which a plain white plastic ignition switch is situated. The ‘Oil Level’ transfer is also visible above the BSA transfer on the oil tank, but not the oil brands and grades printed in relief on the oil filler cap. 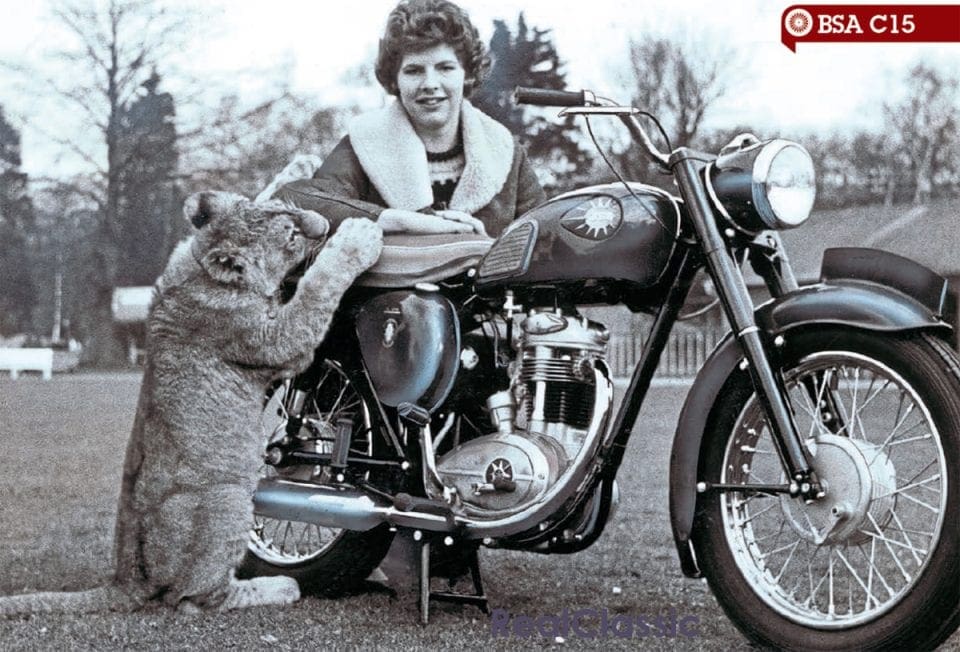 Just visible also is part of the speedo cable between the right front fork shroud and the frame’s front downtube, as it follows a tortuous route under the fuel tank then down the seat tube before turning along the right-hand leg of the swinging arm to the speedo gearbox, located on the rear wheel spindle. Routing it this way ensured breakage of the inner cable after a few thousand miles, The more practical – but visually untidy – route was down the inside of the front downtube and under the right-hand side of the engine. You needed to make sure that it did not come into contact with the exhaust pipe, since burning of the outer PVC covering always resulted in road dirt and water getting in, with the inevitable seizure to follow.

In another photo, the tube which shrouds the locating stud for the left-hand side panel is visible. This was a split tube, fitted over the boss or nut at the base of the stud, which was helpful in locating the side panel screws when refitting the side panel, but often goes missing on well-used machines. Also notable is what looks like a ‘waterproof’ Champion spark plug cap. 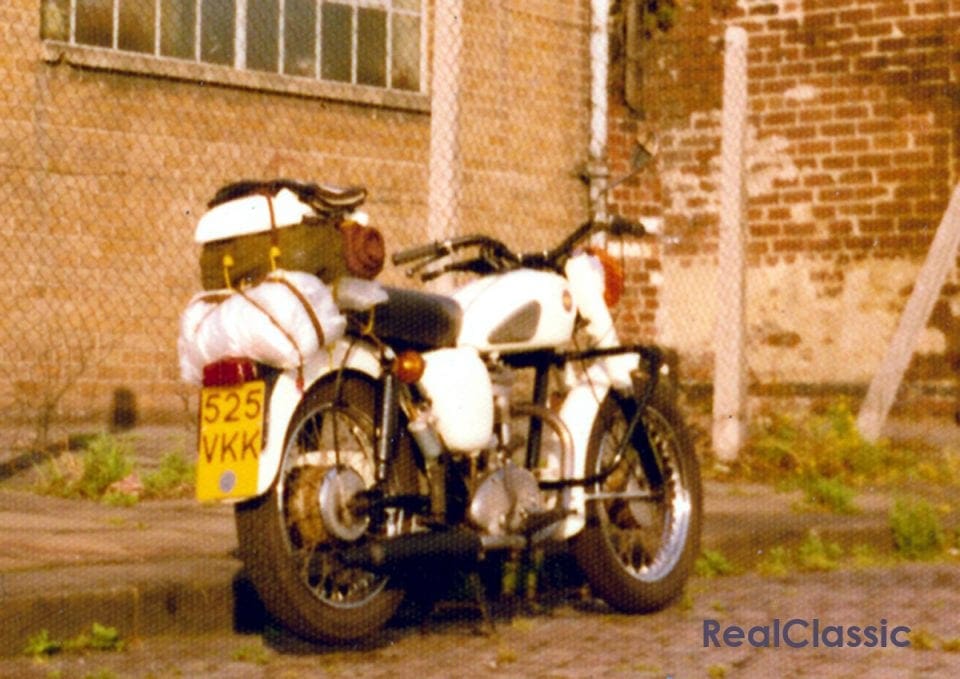 With an Alpha big end, the C15 was pretty well indestructible and if carefully assembled it could be quite a smooth runner. The first one I owned was invariably cruised at 60mph wherever possible and would see 80mph on the clock, or even more on downhill slopes. With a new big end and main bearings fitted soon after purchase, the bike ran reliably with no breakdowns for 16,000 miles before another new big end was required. The later C15G, with a ball bearing for the timing side, may have been more robust, but the engine also vibrated noticeably more. 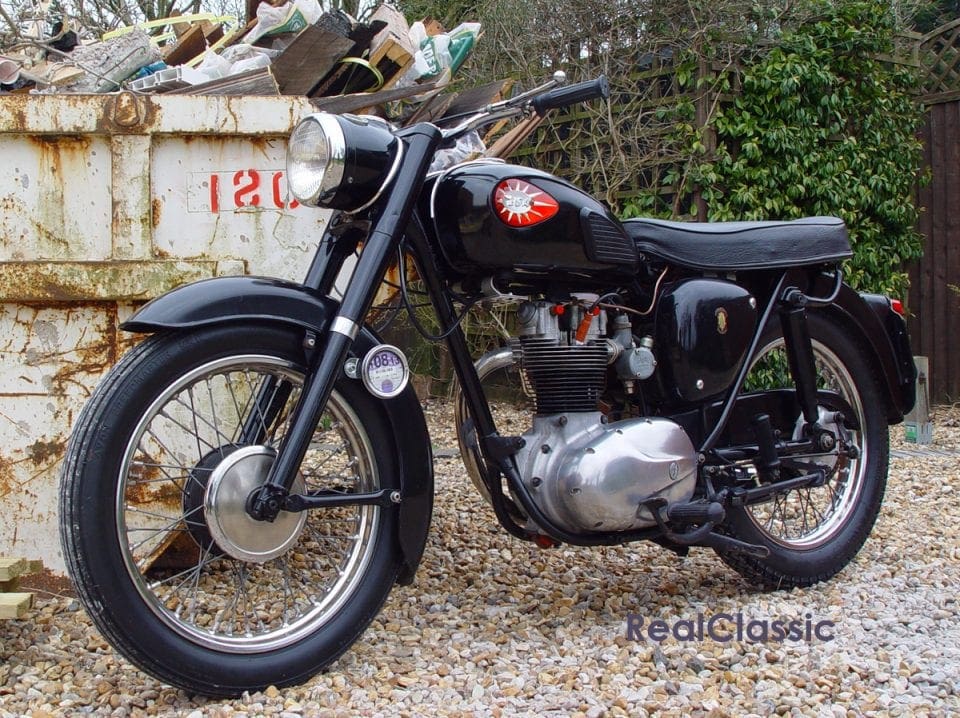 Starting was a first kick affair, even from cold, provided you tickled the carb until petrol just showed at the tickler. Then I turned the engine over once to fill the pot, before switching on the ignition and giving it a good kick over compression. 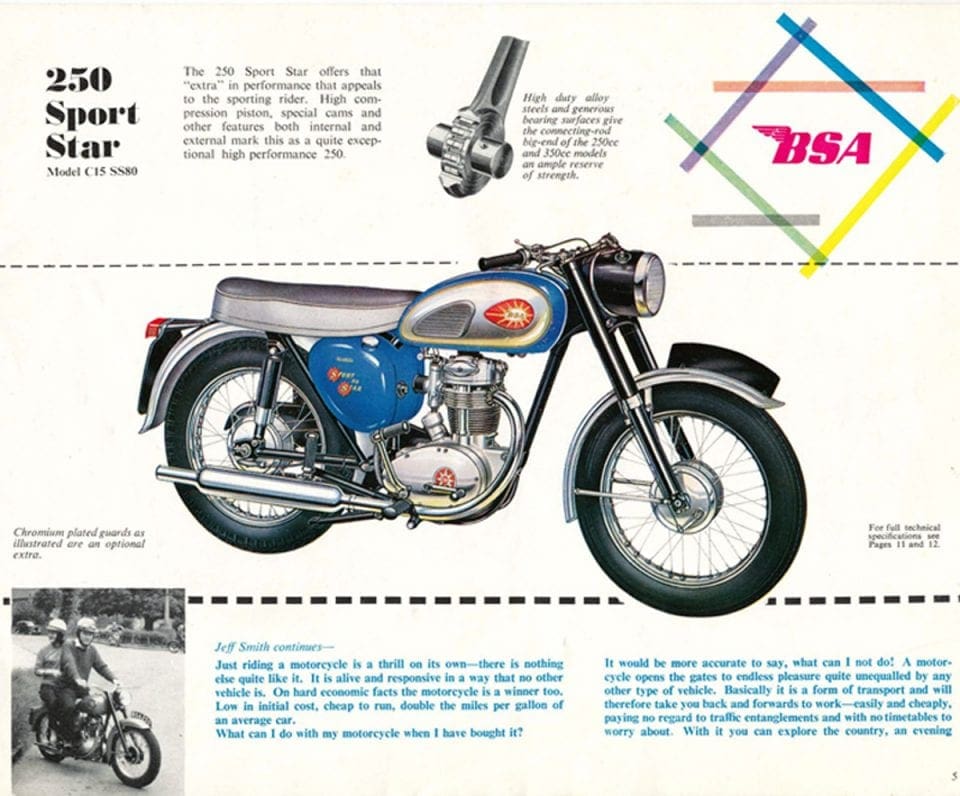 My bike did 90mpg on a run when I first bought it. Intent on increasing power and speed, I polished the ports, piston and valves to a very shiny finish. The power increase was minimal, but mpg improved to 100 on a run and even 116mpg when running in the new bottom end at 35mph.

A C15 doesn’t need a choke, nor a battery charge regulator. When you switch on the headlight, that also switches in all six alternator coils instead of just two. The battery itself does the regulation. A nice bonus was that the footrests are adjustable – you don’t get that on a modern bike – but while the left-hand footrest effectively adjusts only up and down, the right-hand footrest adjusts primarily forward and back, so you can end up riding with your right foot in front of your left: it does feel odd at first. 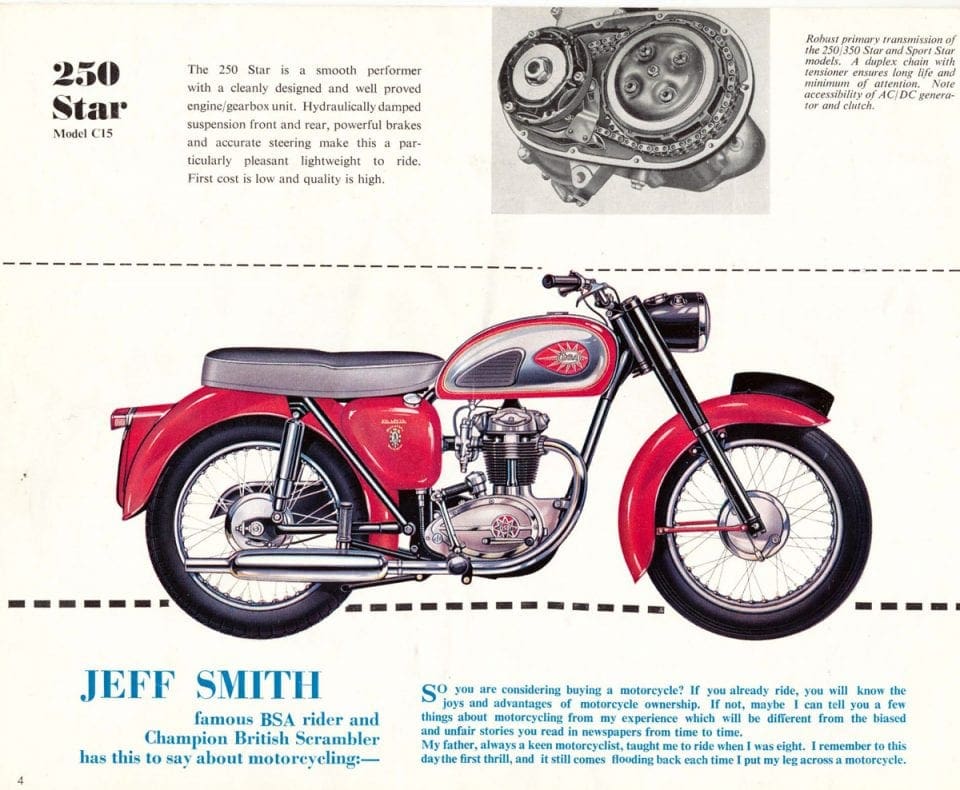 This C15 also possessed the best gearbox of any bike of its time. When changing up, you had only to nudge the lever up slightly and it would find its own way to the next gear. Just keep the gear lever bolt tight… 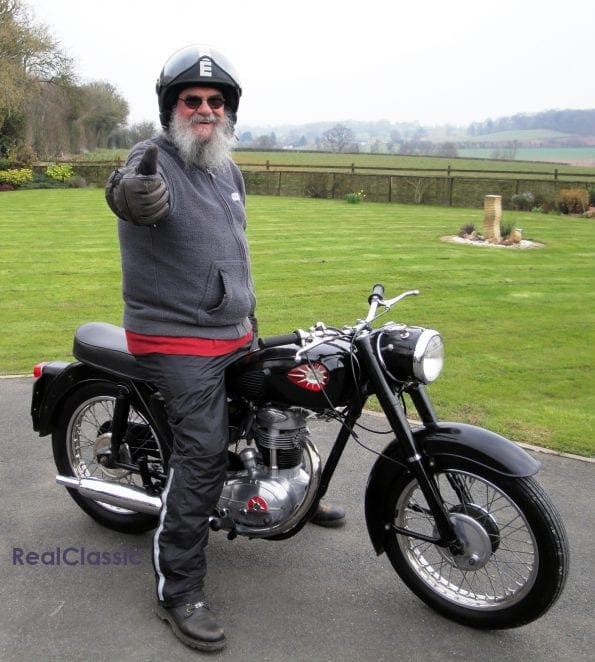 If you’d like to read Editor Westworth’s roadtest of the C15 in the magazine, here’s where to order a copy

Thinking of buying a BSA? The best place to start is with the BSA Owners’ Club

Something to say about your own experiences with a BSA or another old Britbike? We love to hear from you…