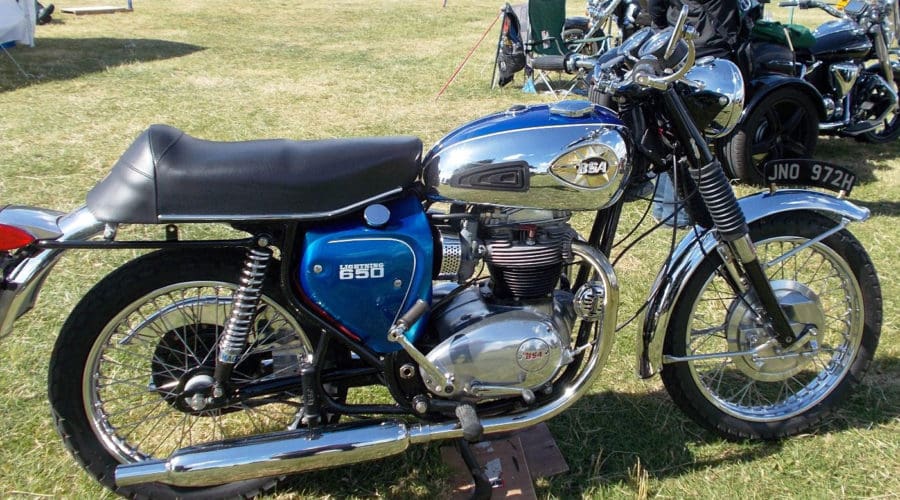 The Swaton Vintage Day – and its accompanying World Egg Throwing Championships – has returned after a two year break. RC regular Roy Workman was on hand to admire a record turnout of classic two-wheelers…

This show started in 1993 and they have only missed three years since then; two years for the pandemic and the other during the foot and mouth outbreak. Joss Bourne who runs the motorcycle section has a very able team to help him. The show is held on the last Sunday in June every year, and the organisers’ work starts on Friday. On Saturday traders are allowed to set up their stands and some exhibitors arrive. Something fairly new for the Saturday is a vehicle road run during the afternoon. For people on the field there is music and a bar – that bar shuts when it is to dark to see to pour the beer!

Sunday is the main day of the event with over 400 vintage and classic cars, tractors, motorcycles, commercial vehicles and stationary engines to look at: plenty of choice there. Joss was very happy when 126 motorcycles etc turned up for 2022 as this was a record for the show. When he took over this section, the largest number of two-wheelers they’d had on display had been 28. Joss allows clubs and groups to turn up when they can. He has raised his hopes to get 150 bikes on display next year. He has been promised that some classic scooters will turn up.

I have an interest in Bond mini cars and this year a Bond Ranger was on display, the van model from the company’s range. This proved to be a talking point. It was powered by a Villiers motorcycle engine, a 250cc twin. The owner’s party piece was when you turned the steering wheel the engine and wheel turned as one. On full lock, the inside back wheel would stay on the same spot and the van would do a circle around it, If the electric starter failed you opened the bonnet and kicked the kickstart. This Bond cruises nicely at 45mph but will do 50mph if asked.

This is a varied show with lots of trade stands, food outlets, crafts, children’s games and rides. There was live music with five bands playing in the afternoon. Two tree surgeons showed their skills with chainsaws carving designs in timber, which were for sale later. The highlight of the afternoon is the previously-mentioned World Egg Throwing Championship. People come from all over the world to take part. It is great to watch and can get a bit messy at times.

I have attended this show for many years now, and money raised goes to local and national charities and other good causes. Well done to the committee, the volunteers, traders ,exhibitors and everybody who turned up to make it a great success.

The show at Swaton is just south of Sleaford, Lincolnshire and not far from Grantham or Lincoln. The A52 is only half a mile from the ground, and the show is very well sign posted. If you have two or three wheels then Joss and his boys would be delighted to see you next year. It’s a very good country show.