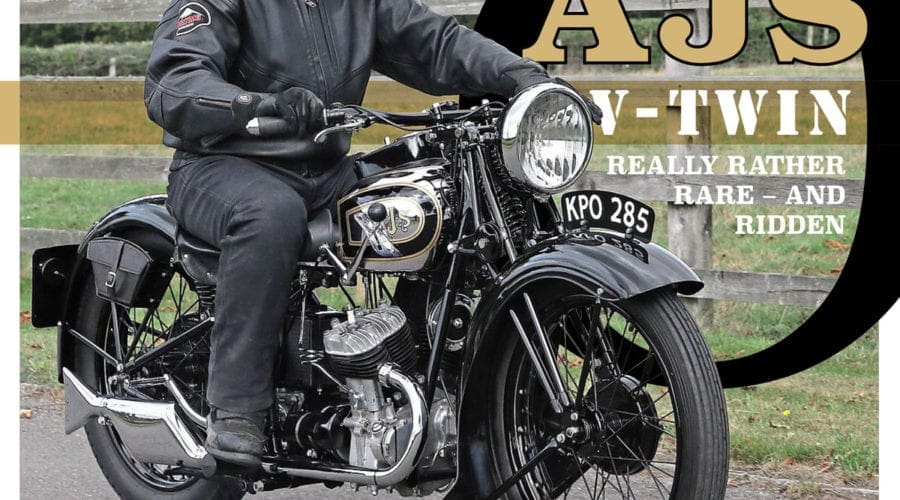 The March issue of RealClassic magazine is packed full of classic machines, tales from the shed, in-depth interviews and striking photography.

In our latest issue, we ride an AJS V-Twin, plus we re-trace the route of the 1949 ISDT on an array of Royal Enfields! Also in the March issue:

Have we tempted you to try a pre-war British bike yet? If you’re still resisting, Rowena Hoseason strings together a strong argument for Velocette’s marvellous MAC…

It’s a cliché to say that there’s nothing new under the sun, so they say. Alan Cathcart has been riding an AJS V-twin. A transverse twin…

Work started on this ambitious project forty years ago, when owner Dave built a classic racer from a JAWA speedway engine in a BSA A7 frame. More recently it’s been recreated as a rip-snorting roadster.