Last time, Andy Heathwood introduced us to Norton’s solution to main-bearing problems in their big twins, back in the 1970s. Now he reveals whether ‘Superblend’ bearings were actually anything special. What’s in a name? Were Superblends something different? 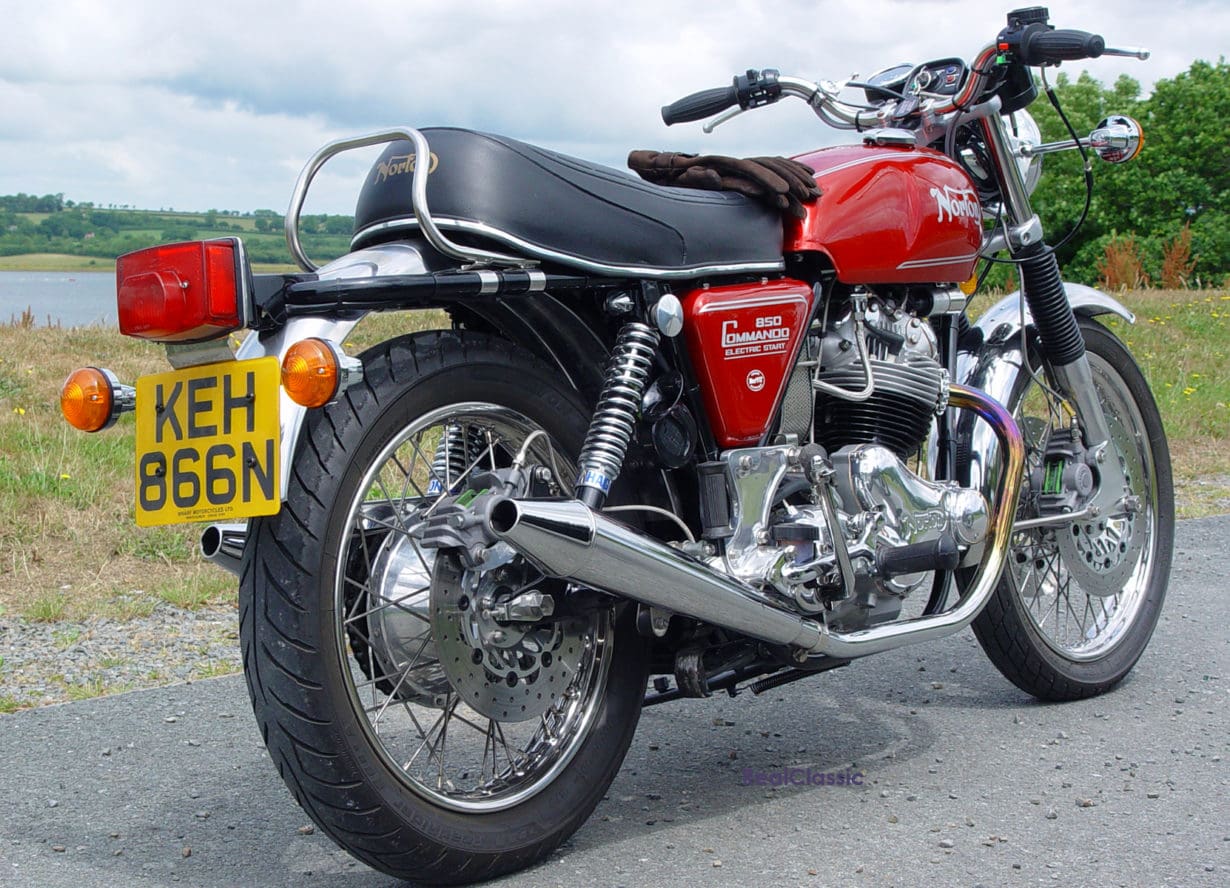 For their time and for this application the answer is probably ‘yes’. I am indebted to Anthony Curzon who has loaned me an original ‘new old stock’ RHP 6/MRJA30 bearing. The bearing is currently with Jim Comstock awaiting measurement but I have taken some photos which show the unique roller profile of these bearings:

This photo shows the partial crowning of this variant of the MRJA30. The crowning is visible as a distinct grey banding between the flat part of the roller and the usual chamfered edge; as is also shown in the following photo taken from an angle above the bearing: 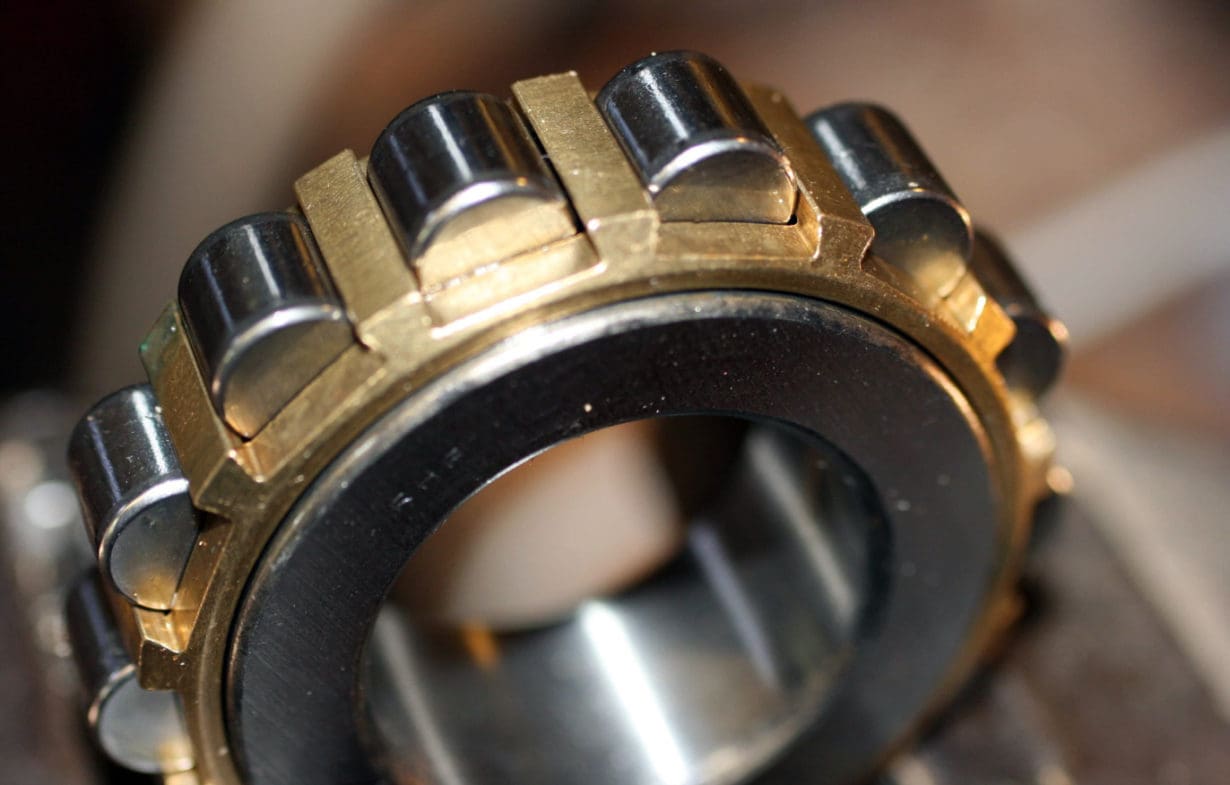 It is this partial crowning of the roller that is being described as ‘blended’ and then given some PR spin by using the term ‘Superblend’. ‘Superblend’ has no engineering definition.

The following image is of a used standard Ransome & Marles MRJA30 bearing, ie with no number prefix to indicate a variant, removed from a 1969 Commando by Access Norton Forum member ‘DogT’: 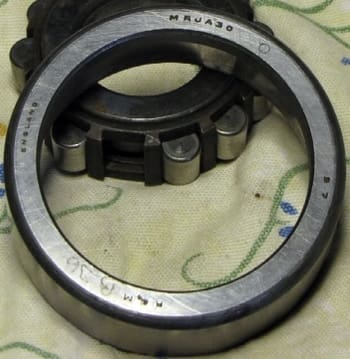 There is some evidence of wear on the roller edges but no crowning is visible.

Next question: was the FAG NJ306E bearing which replaced the R&M bearing anything special? All the evidence is that it was simply a higher capacity standard roller bearing. Jim Comstock of the Norton Motorcycle Machine Shop in Colorado measured the profile of a roller from an FAG NJ306E configured bearing from a 1974 850 Commando with under 7000 miles on the clock. It had a roller profile like this: 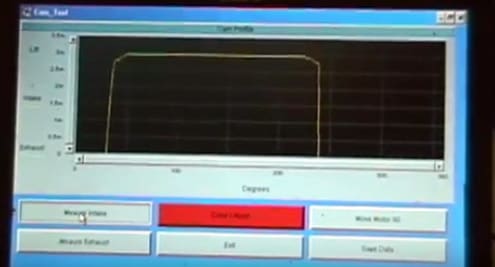 This is the profile of a roller from a standard bearing of the day with no partial crowning and a chamfer of less than 1mm in length. The overall roller length is 12mm. It looks as if Norton experimented with this higher capacity standard roller bearing to replace the R&M special variant which would almost certainly have cost more to produce and purchase than the off-the-shelf FAG bearing. The R&M 6/MRJA30 bearing has a dynamic load rating of 36,000N (1972 data) versus 51,000N for the FAG NJ306E (1973 data).

So what does an FAG NJ306E bearing look like today? The author obtained a new bearing from RGM Norton and Jim Comstock scanned the roller profile. This is how it looked:

This is the profile of a standard bearing roller manufactured in July 2015. The profile is different from that of the earlier NJ306E bearing from 1974. Bearing profiles have evolved in the intervening years and in many ways are now a more sophisticated version of the partially crowned ‘Superblends’; although this curved profile is available as a standard feature.

Rollers now have a smooth and gradual curving transition from a flat parallel roller leading to the edge chamfer. This type of profile transition is known as ‘logarithmic’ and FAG has confirmed that this pretty much standard. The dynamic loading of the NJ306E was rated at 61,000N in 2014, ie much increased from the loadings of the 1970s. This type of roller profile was introduced in the 1980s and continues to be used by many manufacturers. Its use reduces the loading on roller edges which in turn lowers failure rates.

There is an ISO Technical Standard ISO/TS 16281:2008(E) relating to ISO 281 which includes equations for logarithmic profile functions of cylindrical rollers. The standard indicates that ‘the profile functions…give approximate values. Actual roller designs, based on the expertise of the manufacturer, can deviate significantly from these reference geometries.’

Coincidentally a Norton Owners’ Club member Les Howard and the author were asking FAG about these bearings in 2016. This diagram of the NJ306E roller was supplied by FAG (dimensions in mm, not to scale): 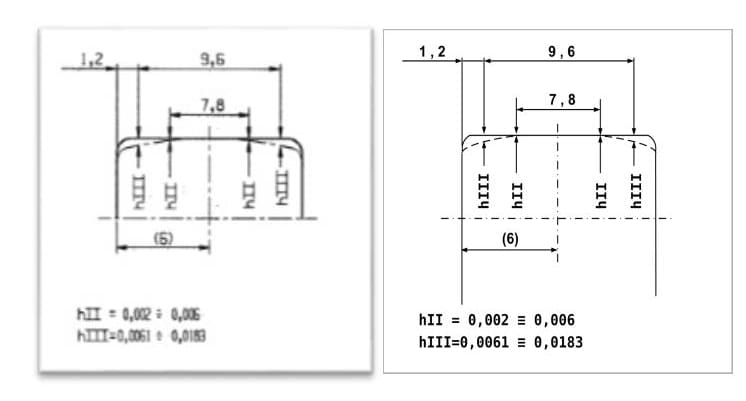 This profile is consistent with the roller profile scan. Neil Wright of FAG confirmed in 2016 that ‘Norton coined the term “Superblend”… even so this was never recognised by FAG locally when Norton or respected spares suppliers ordered the bearing.’

The snippet diagram and the instrument image both exaggerate the curvature of the FAG bearing. You’d be hard pushed to spot the curvature with the naked eye except within the last 0.7-0.8mm as is clear in this photo: 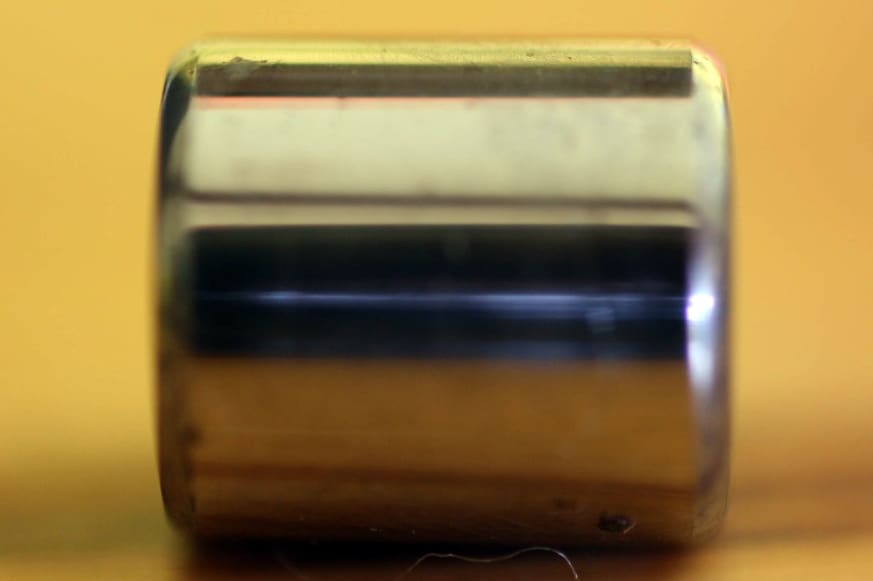 It was not in Norton’s interest to correct any misuse of the term ‘Superblend’ even though it had changed from the R&M/RHP bearing to the FAG early in 1973. At the time the company was almost certainly focusing on correcting problems and managing the media, dealers and customers to protect its reputation. ‘Superblend’ was being sold as the solution to the problem. It probably suited Norton to let the name persist.

Next time: what bearings should you fit to your Norton engine today?

Words and photos by Andy Heathwood, with thanks to those who provided material and who helped in early reviews of some of the material included here; Jim Comstock (who’s work inspired this research), ‘Kommando’, ‘LAB’ and JM Leadbeater (Access Norton Forum), John Dunn (Norton Owners Club, Technical Support – Commandos), John Holmes and Les Howard (NOC members). Special thanks are due to Jim Comstock for his initiative in measuring bearing rollers, to JM Leadbeater for the foresight in taking measurements and recording specifications of an original R&M bearing and to Anthony Curzon for loaning the RHP 6/MRJA30 bearing. Thank you also to those who gave permission to use photographs. The provision of new information from Neil Wright (Product Engineer at INA FAG) is gratefully acknowledged as is the provision gratis by FAG of a hardback copy of their rolling bearing catalogue.

Andy has written a more detailed fully referenced document which can be made available to readers and other interested parties on request (emailed pdf file preferred). The author has tried to verify the contents of this article and the reference document as far as is practicable but would be happy to modify these if any new verifiable evidence becomes available.

The opinions expressed here are solely the author’s and do not represent the views or opinions of the magazine.

An earlier article on this topic appeared in Roadholder (#352, April 2017), the magazine of the Norton Owners’ Club. Some of that content is reproduced here.