RealClassic is a magazine about motorcycles so – unsurprisingly – this month’s magazine is full of motorcycles. There’s hardly a hovercraft in sight, and you’re flat out of luck if you were hoping for an ekranoplan. There are however plenty of old Britbikes, an awesome Italian classic, and one bound-to-be-controversial Hinckley Triumph. Here’s how you can read all about them…

If you already know you want to read this issue, then here’s where to order it in paper or digital formats.

ARIEL OUTFIT
Six decades ago, trials ace Ron Langston won countless scrambles and an ISDT gold medal piloting Ariel’s acclaimed off-roader. These days, one of his surviving sidecar outfits enjoys a more leisurely life in the wilds of the west country. Rowena Hoseason investigated the machine’s history while Frank Westworth was brave enough to bounce around on the beast 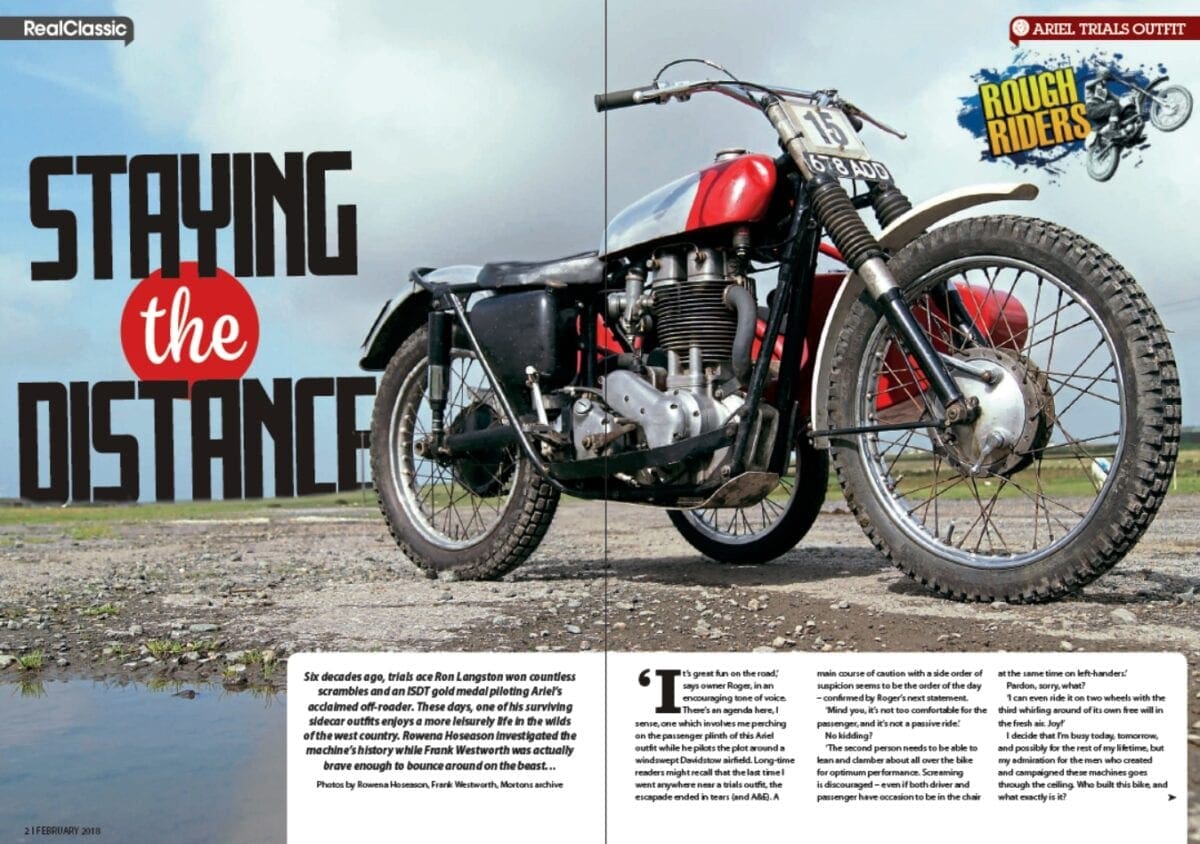 BSA A65 TRACKER PROJECT
Odgie’s project to transform an A65 roadbike into a competitive scrambler continues with engine upgrades, converting the heavy 650 lump into a lightweight 750 powerplant. At this moment, he remembers that it’s better to be born lucky than good looking… 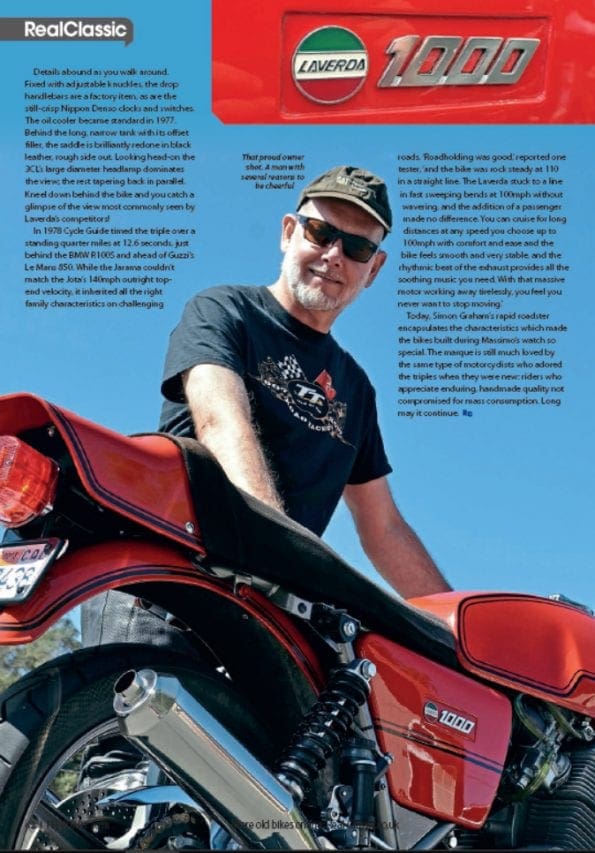 BSA A10 SPECIAL
A long time ago, one RC reader bought a clapped-out classic with seriously canine credentials. The sleeping dog lay for 15 years, until he was inspired to undertake a back-to-basics budget build. This, then, is his cut-price creation

LAVERDA 3CL JARAMA
The original 180-degree incarnation of Laverda’s Jota is famous for being the big beast of the breed, the chest-thumping Neanderthal of the triple clan. But the late 1970s spawned an almost civilised counterpart specifically for the USA… 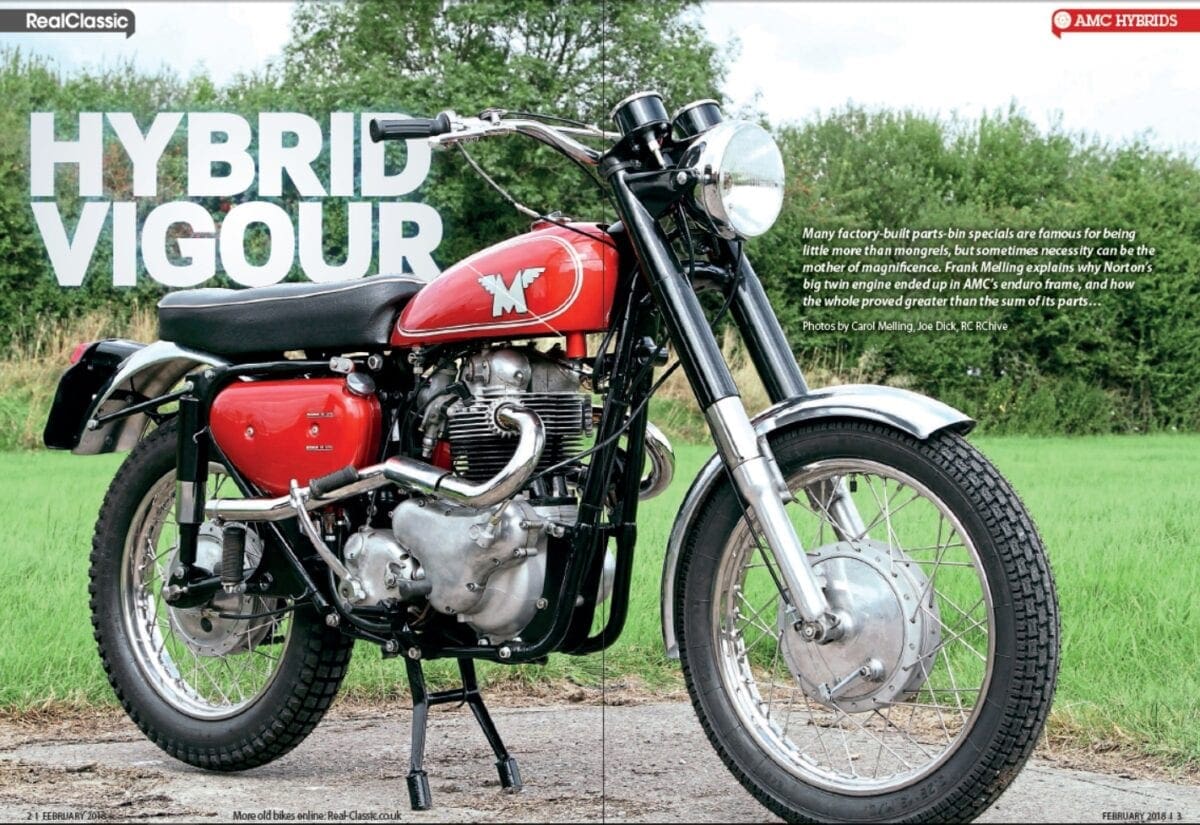 MATCHLESS G15CS
Many factory-built parts-bin specials are famous for being little more than mongrels, but sometimes necessity can be the mother of magnificence. When Norton’s 750 twin engine ended up in AMC’s enduro frame, the whole proved greater than the sum of its parts

NORTON ES2 ‘INTERLIKE’
Not everyone can afford to own a cammy Norton, and not everyone would want to run one. But Norton’s pushrod single offers plenty of potential at a considerably lower price. Henry Gregson discovers a garden-gate special which emerged from a garden shed

TRIUMPH BOBBER
A brand-new retro roadster, which bears a strong family resemblance to Turner’s original Tiger 100 (sort-of… if you look at it sideways). Alan Cathcart rides and reports on the latest big twin from Triumph 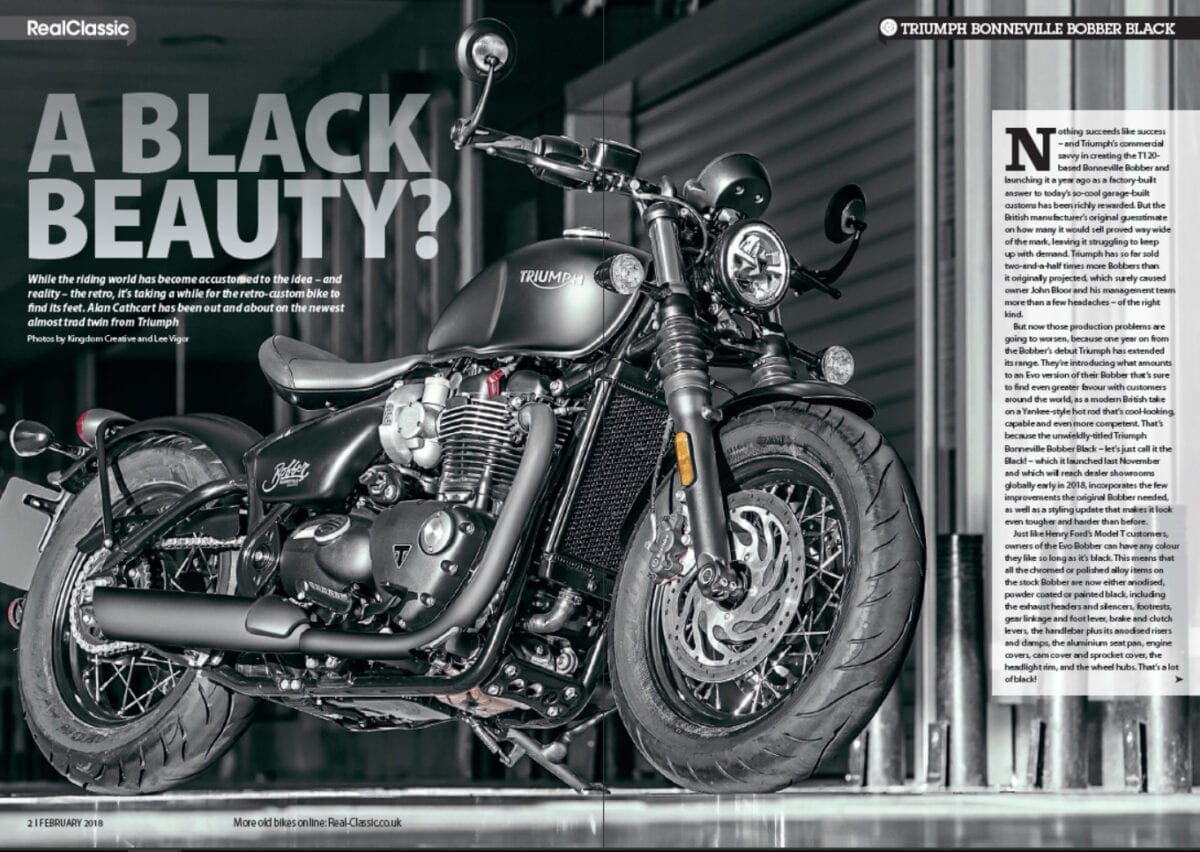 TRIUMPH T100C
‘Needs light recommissioning’ might mean fresh petrol and a new spark plug, or it could entail an entire engine rebuild. Here’s what it takes to put two Triumph 500 twins back on the road after they’ve been repatriated from the USA – and what they’re like to ride 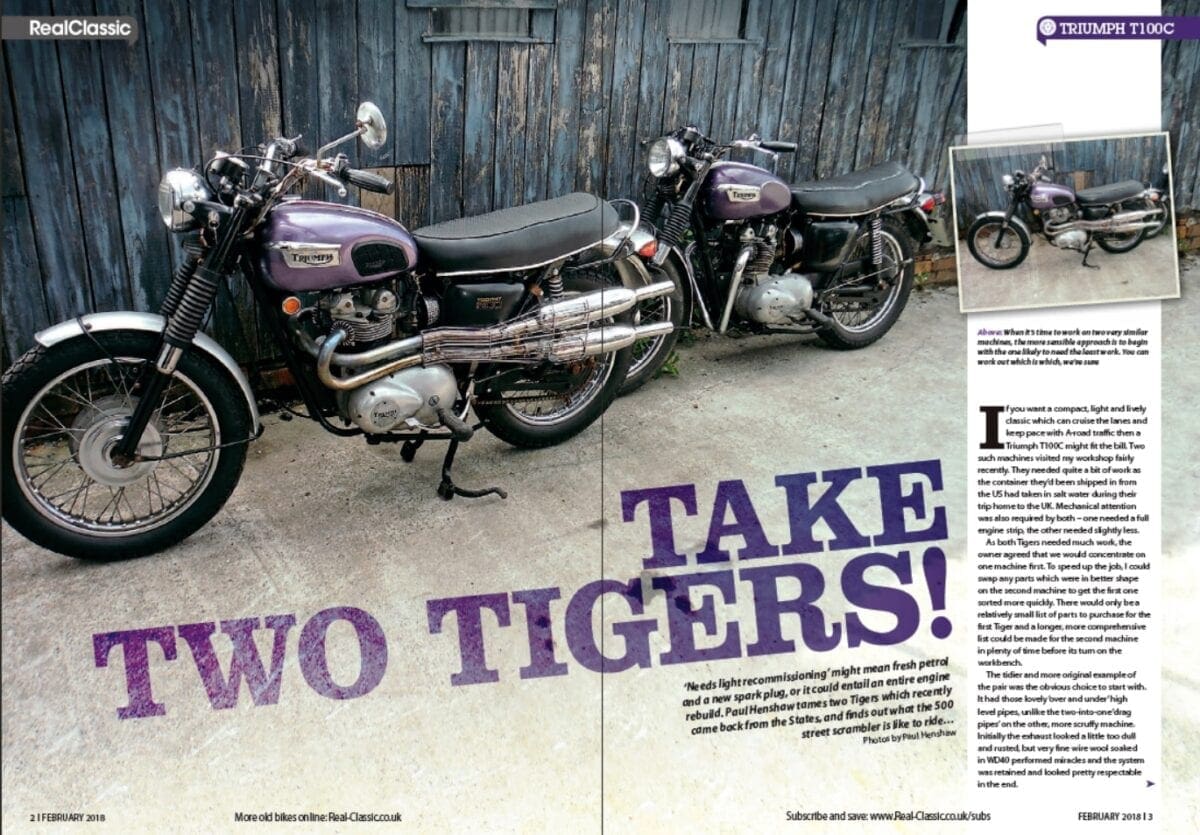 PLUS! Jacqueline Bickerstaff reveals which bikes at Motorcycle Live caught her eye and spends Christmas putting a Rex-Acme back together again; Frank Westworth takes on one or two tiny tasks with his Matchless G12, and RC readers discuss big bikes, more Enfield upgrades, Ariel’s 3, BSA B50s,the absence of centrestands, and increasingly obscure aspects of the BSA Thunderbolt project bike… 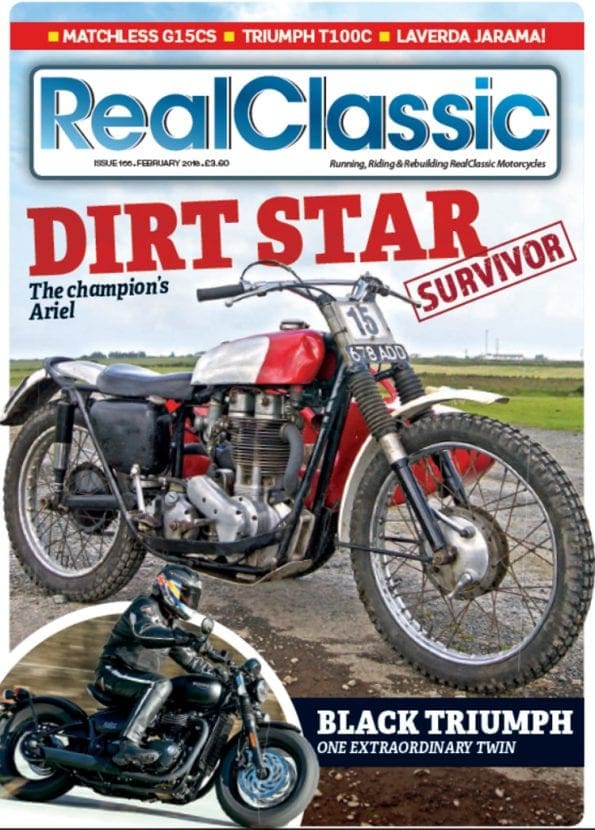 You can also buy stacks of older issues of RealClassic, but it’s heaps cheaper if you subscribe. Subscribers save 50% on the price of a single issue, and get an exclusive subscriber newsletter every month, and access to the subscriber-only Facebook group, and can win show tickets, RC regalia, bike books and more goodies in our subscriber prize draws. and if you come find the RC Crew at an event, we might even give you a HobNob…