RC regular Richard Jones has been on a busman’s holiday to the Indian subcontinent. When he’s on assignment in the UK, he takes photos of old motorcycles. So when he’s on holiday, halfway around the world, he… takes photos of old motorcycles. Here, then, is his interpretation of why one particular part of India appeared to be overflowing with Enfields…

Let’s start with some lies statistics: between 2016 and 2017 nearly 17.6 million two-wheelers were sold in India (this includes scooters, motorcycles and mopeds). In July 2017 alone Hero Motocorp, India’s largest manufacturer, sold 623,269 units. The following month, Eicher sold just under 68,000 Royal Enfields. Given this disparity in the share of such a huge market why then did I see so many Royal Enfields in Goa when we visited in October? Here follows my probably wholly inaccurate explanation. 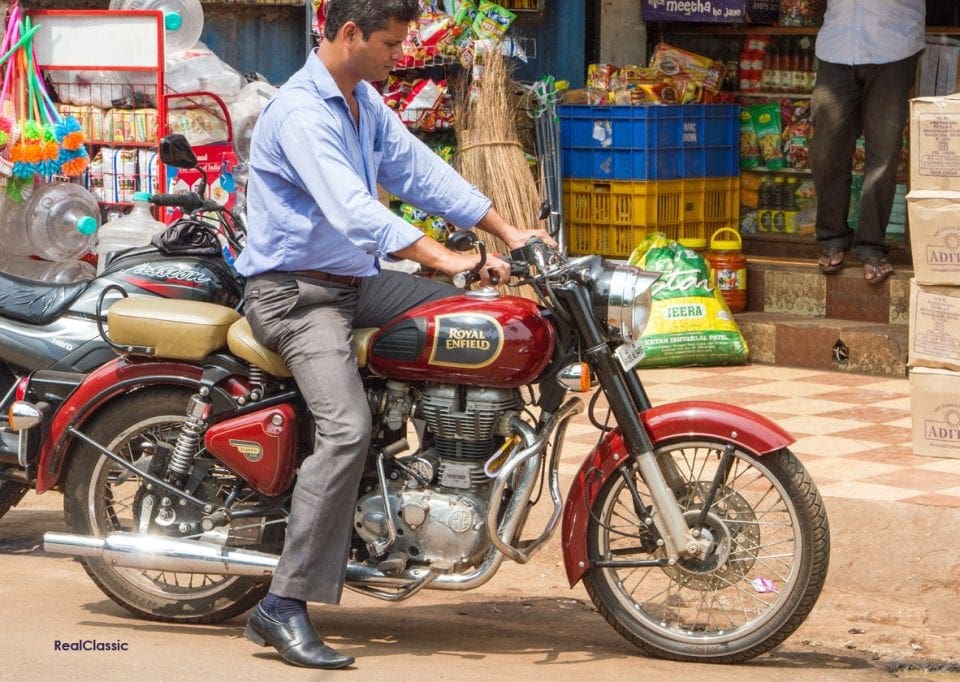 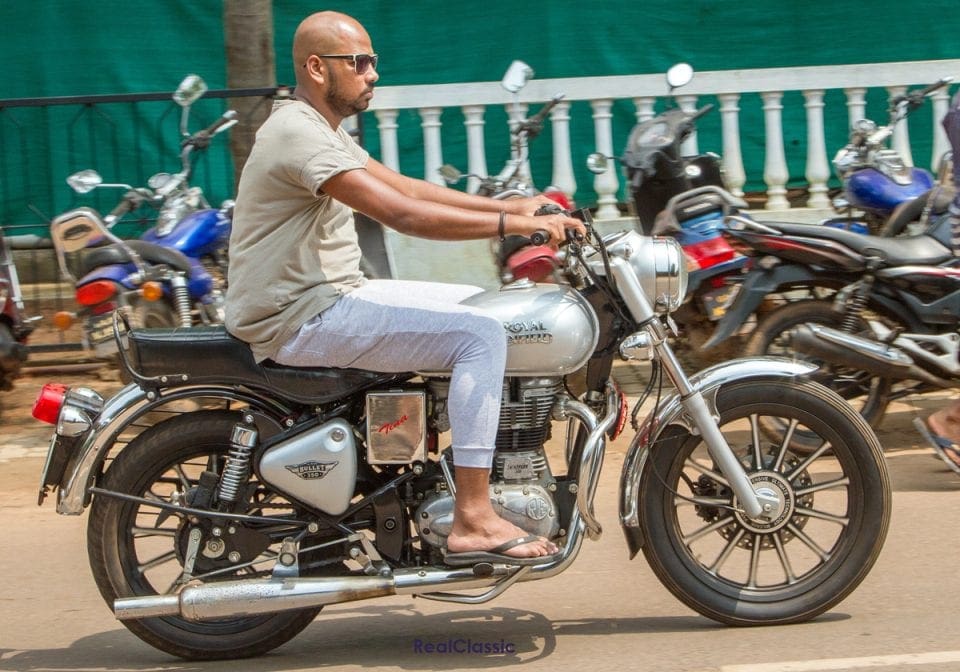 They are cool enough for even the coolest of dudes 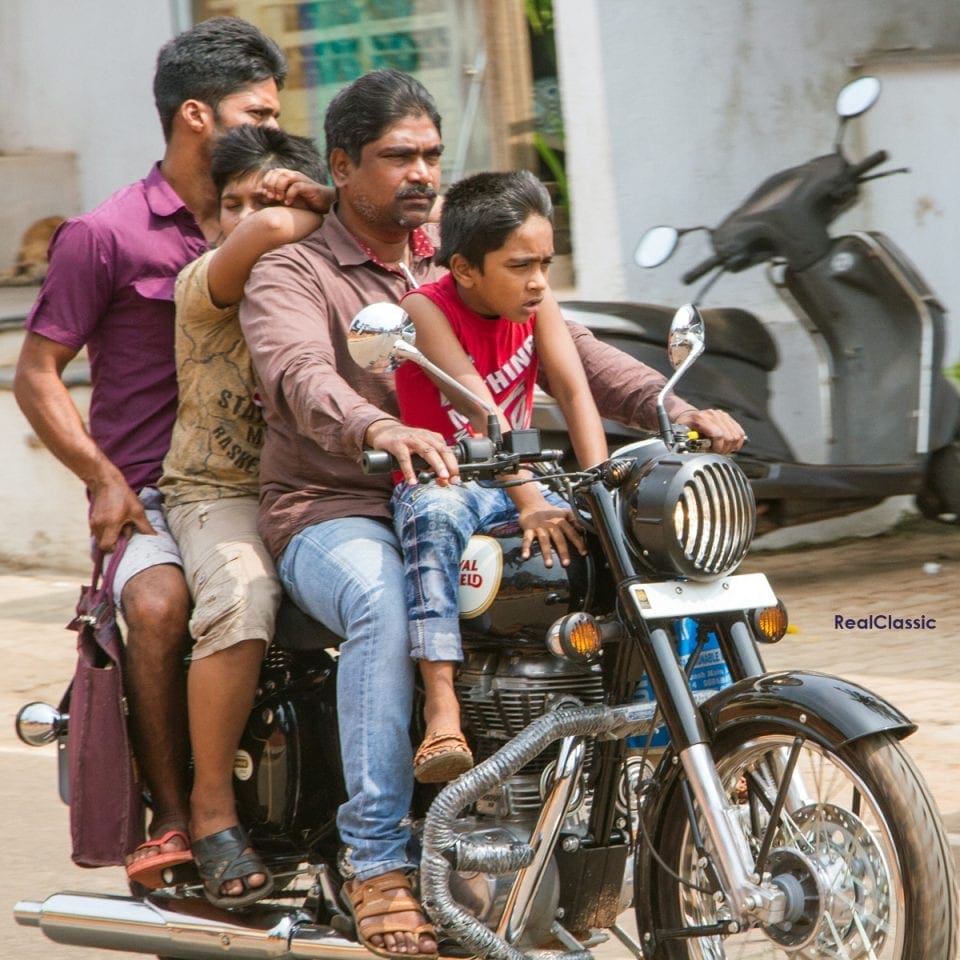 Days out with the family are no problem whatsoever… 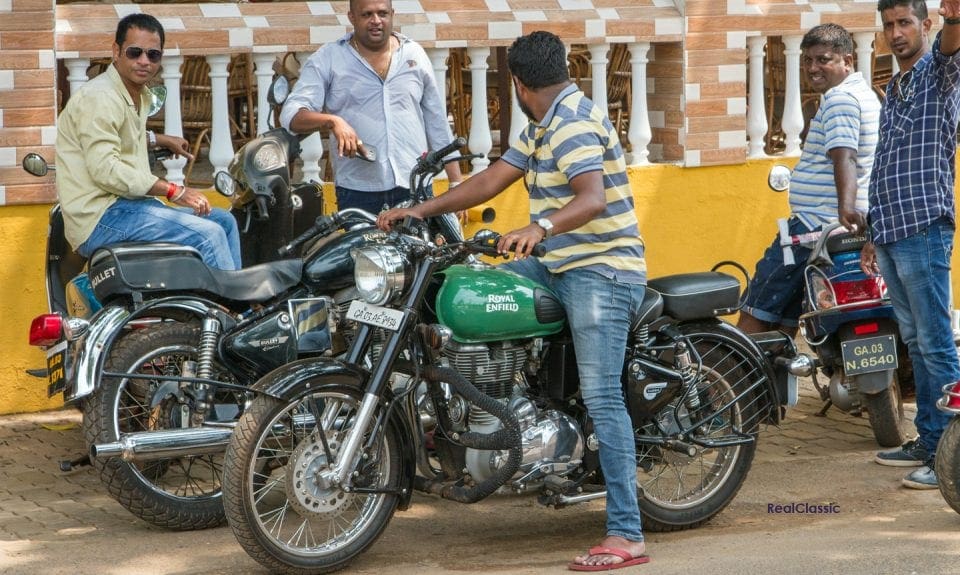 …and you can hang out with like-minded mates 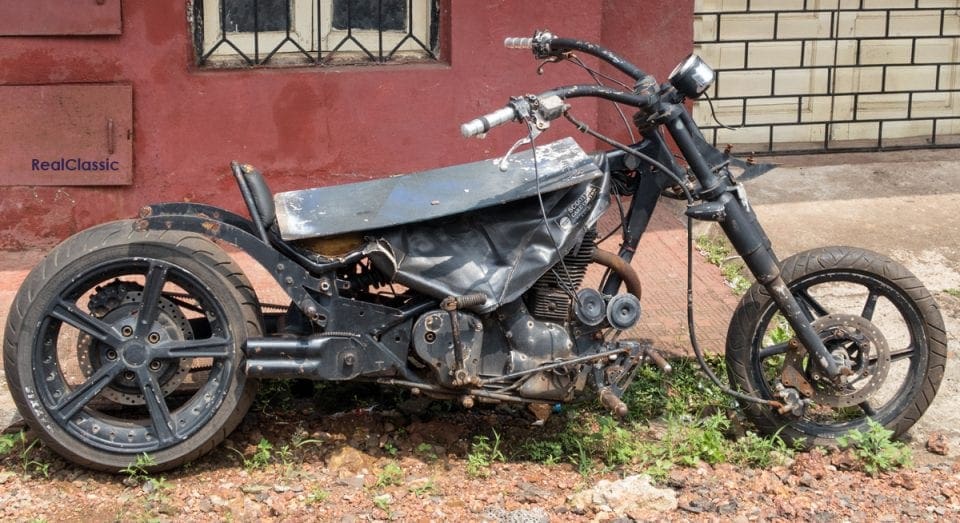 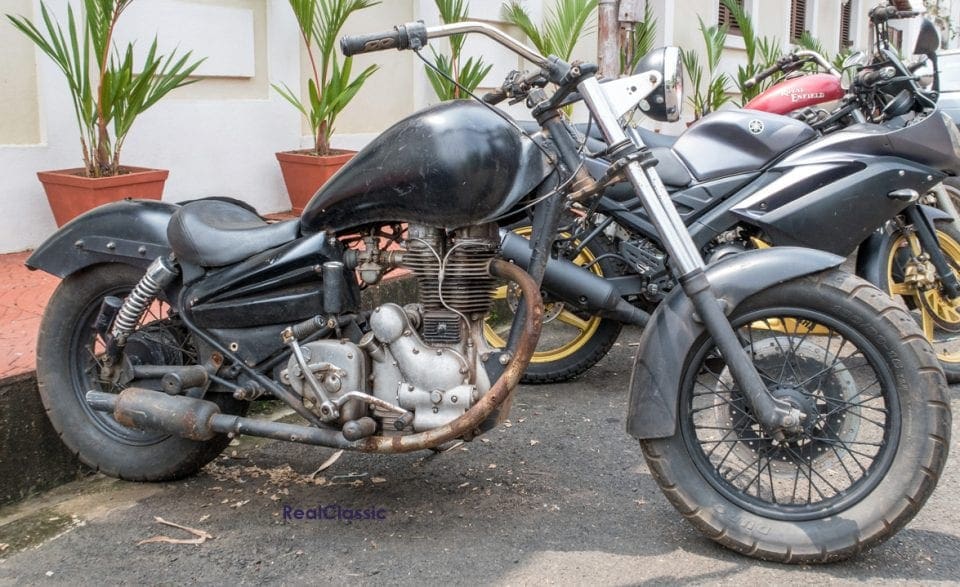 …as well as opportunities for customisation… 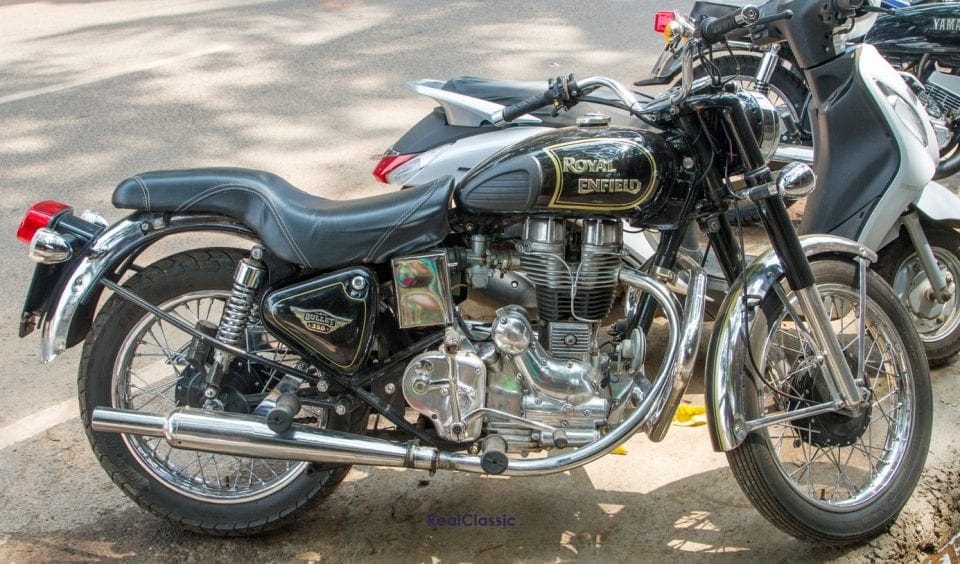 …or you can go for the polished and very shiny look 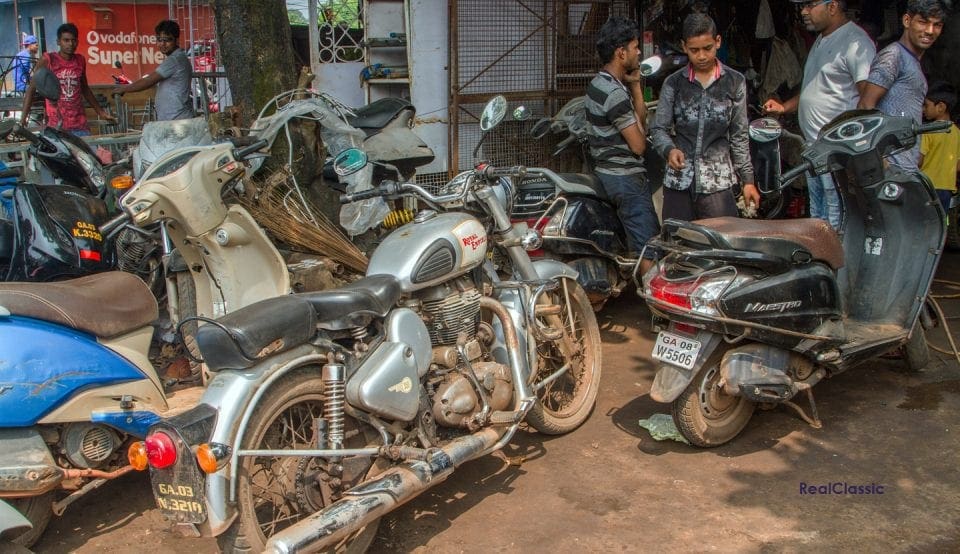 Maintenance can be carried out at your local dealership 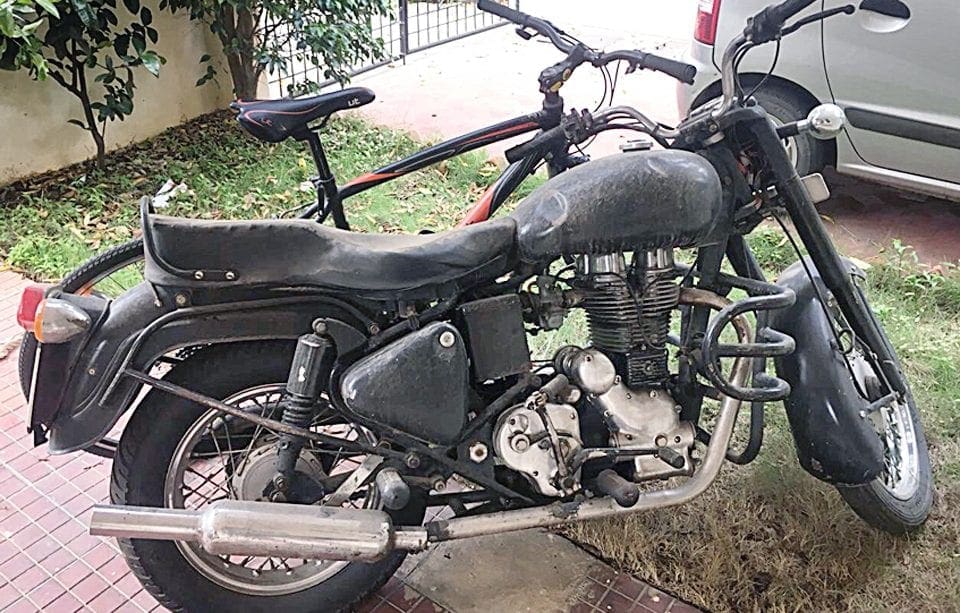 Maybe it’s their longevity and durability. This is Samaiah’s 1973 classic which is temperamental and definitely lacks the features that modern day Bullets easy to ride. Despite that, the Enfield has taken its rider on month-long expeditions around India’s remote north east states 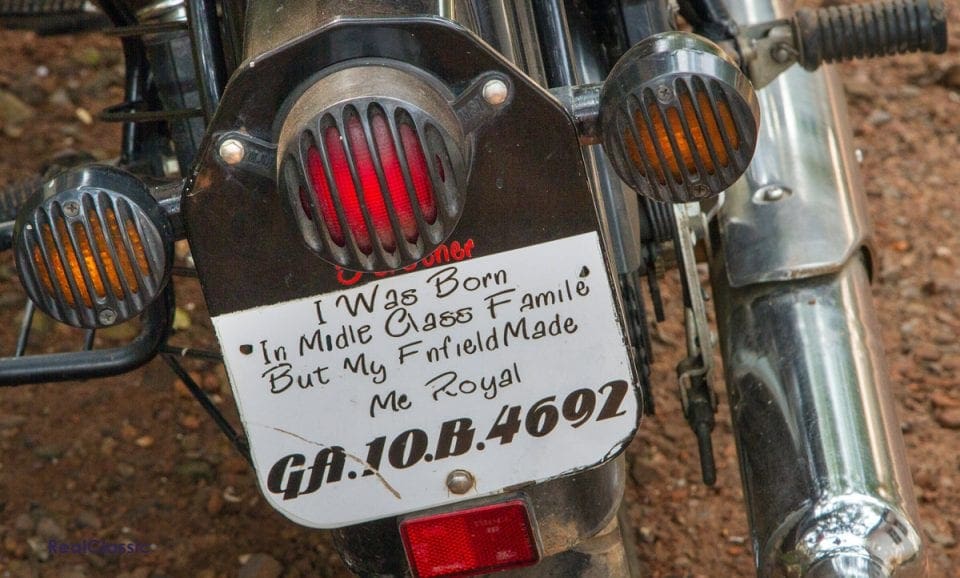