Do you enjoy riding your classic bike at night? Frank Westworth used to… 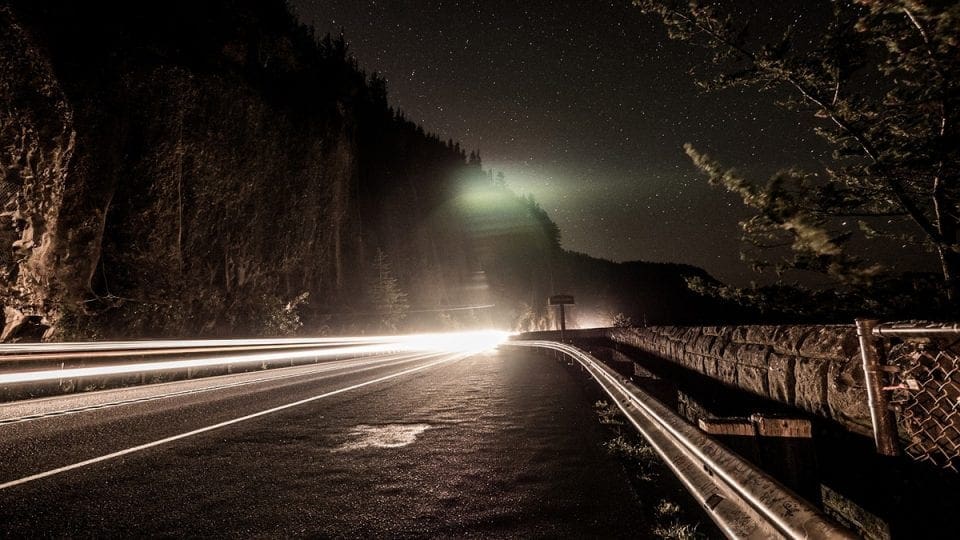 I’m uncertain when it was that psychology was invented. Or was it discovered? Maybe someone was rummaging in an old tobacco tin looking for a straight if slightly secondhand split-pin when they discovered psychology? Who can tell? I’m not even entirely sure whether psychology is a good idea, myself. And that’s the problem: psychology is all about thinking too much; over-thinking usually produces doubt, and doubt reduces confidence, and a lack of confidence can result in sudden and unexpected encounters with either the roadway or the scenery. Neither of these is exactly great. So there is plainly a problem with psychology.

Another item for which I have almost no affection at all is riding in the dark. Time was that I actually enjoyed it, and would head out on a regular ride from the old Somerset homestead either to the wolds of East Anglia or the wilds of the Welsh hills – immediately after tea. I’d plan it that way, so that I’d either be heading east with the setting sun behind me, or heading north into the mountains, whose black silhouettes would provide silent company as I bounded along, either Commando or Beezer mounted, usually. The roads would empty as citizens settled in front of their televisions and I would be confident enough of Mr Lucas’s lights to settle into that night-time rhythm, the exhaust’s bellow adding to that chariot of fire feeling, propelling the bike and its rider into the deeper dark. 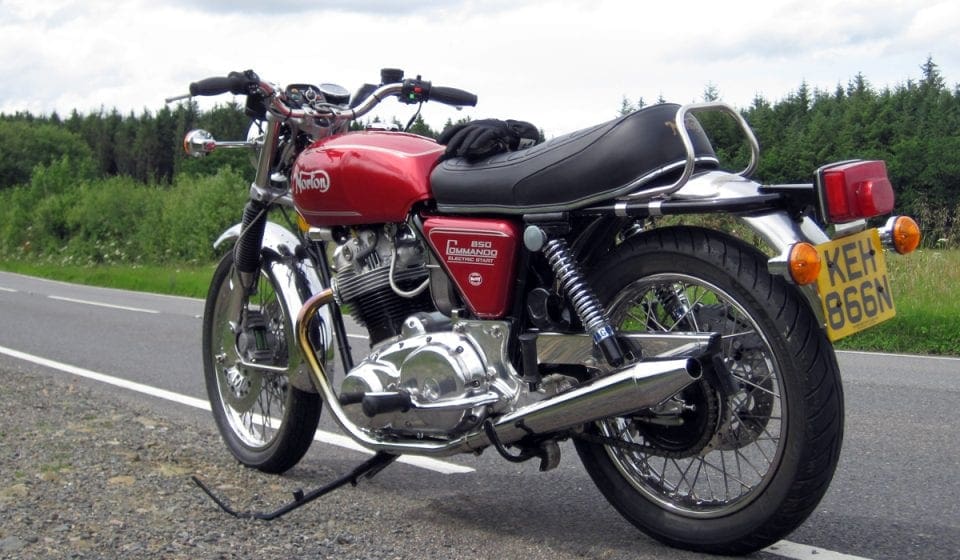 I’m not sure when it changed, but suspect that it’s another of those unanticipated age-related tediousnesses which erupt when least expected. Or maybe citizens stay out more these days. Their cars are certainly possessed of headlighting which completely swamps the best efforts of even a 12V alternator charging system. Do you remember the surprise the first time you observed that the strange mobile shadow in the pool of light projected from your own headlamp was actually your own shadow, cast into the dark road ahead by the halogen array of the car behind you? In my case, the sudden blinding – ahem – understanding came when I was first sandwiched between two brilliant sets of car lights, one ahead, the other behind, and considered with only mild panic that I could actually see nothing. Nothing at all. 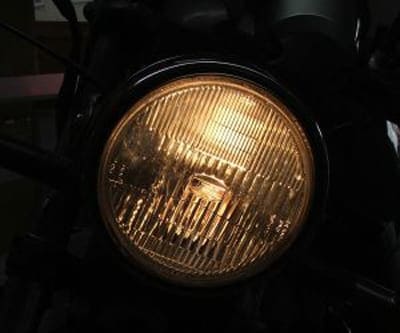 Which is where psychology comes in, wagging a finger and making ‘tut-tut’ noises. If you’re familiar – decently familiar – with the road and its character, momentary blindness isn’t much of a threat. Ignore it, wait for the oncoming dazzle to pass behind you and all will once more be revealed. Let’s not at this point consider a scenario involving a long stream of approaching dazzle-wagons. That requires stern action. No, not hitting main-beam; that only outrages the oncoming, who can sear your retinae if they take similar retaliatory action.

If you ignore thinking completely, you’ll usually be OK. This is superficially strange logic, but it relies on the animal in you – the great ape rather than the hom-sap bit – acting by instinct. And your instinct remembers where the road goes (it saw it before the dazzle, and is good at remembering), so it lets the wheels track true until vision is restored. Try it.

What too often happens is that over-thinking takes place and the rider endures what modernists refer to as a panic attack. An extremely dodgy pair of words, given that panic is usually a protective reaction, but we’ll ignore that. Panic attacks on a motorcycle too often involve sitting bolt upright and braking. I’ve watched it happen and it’s strange to observe if I’m not sharing the panic. One reason I dislike riding with others is because they over-react to lots of mostly harmless stimuli. I digress.

Many years ago, a wise man shared his way of riding safely in vile weather; in darkness, snow, ice, mud – any combination of these. ‘Look where you’re going,’ he told me. Which sounds so obvious that already I can feel your sneers. But it’s not. ‘Watch where you want to be, not the road, not the front wheel, not the lights of the oncoming traffic. Let the hind brain do its unsophisticated stuff and you’ll be fine.’ He was right. It works. The guy in question rode off-road a lot as well as clocking up more thousands of miles a year than I’ve ever managed, and I’ve always followed his advice. 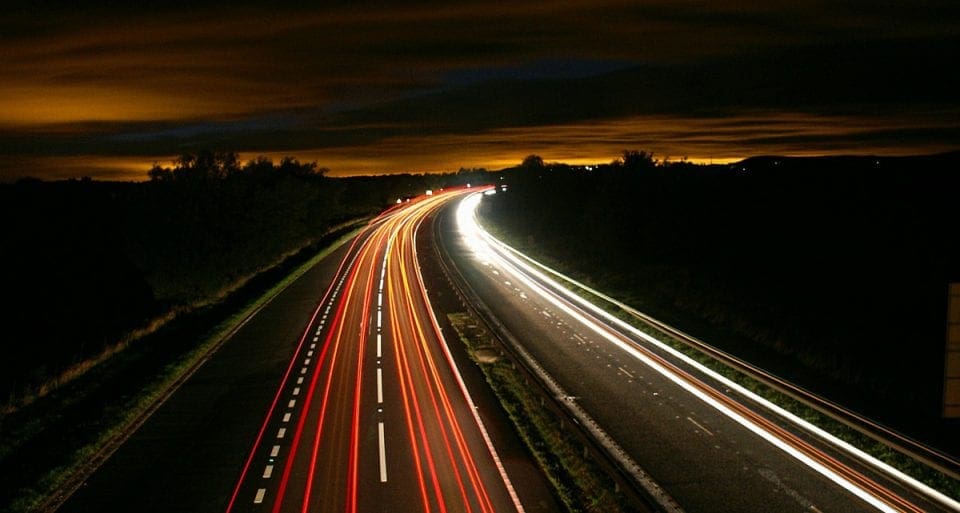 What about diesel spills? What about snow? What about… Those are all sensible rational thoughts and concerns, and they are all valid. But travel at the right speed for the conditions and watch your exits; rely on your skill and balance and expertise as a rider … and enjoy the experience.

Which is why I so miss night riding. I have no problems with letting the animal control the machine … I do have terrible problems riding when I can no longer see where I’m going, even when I’m the only rider on the road that night. This is the problem with psychology; since its invention we all think too much. 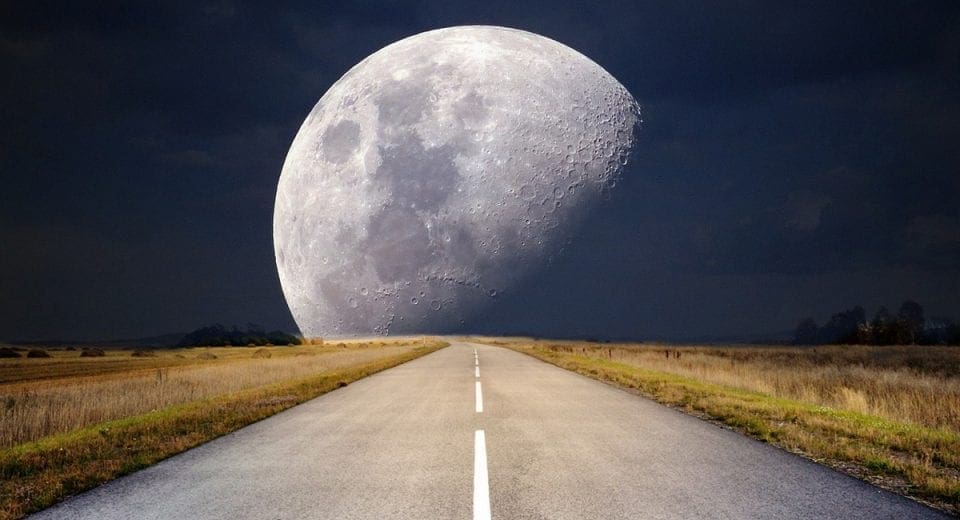