British bikes, Italian classics and Oriental excellence – all make an appearance in the June magazine. Old English singles from Ariel, AJS, Norton and Royal Enfield sit alongside three-cylinder superbikes, big twins and fab fours. Here’s the full range of featured machines and how to read all about them… 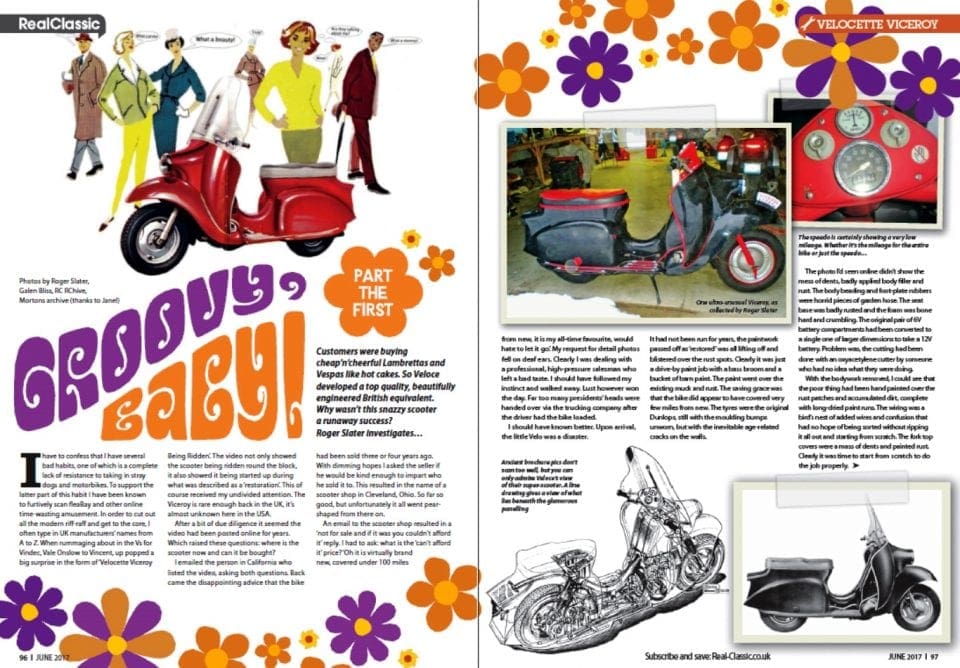 ARIEL VH 500
Somehow, Ariel suggested that their bikes were more ‘high class’ than others, but were they? Frank Westworth considers a post-war Red Hunter, the marque’s stylish big single

DUCATI PASO
Ducati’s 1987 fully-faired 750 twin confused many marque enthusiasts. Singular styling and 16-inch wheels didn’t appeal to the traditionalists. This example was neglected for a long while and then poorly recommissioned – but not beyond recovery. Its new owner is even getting to grips with its idiosyncratic steering…

FRANCIS-BARNETT TRIALS
After Odgie’s earlier and entirely unworthy misappropriation of a trials-trimmed BSA Bantam, he redeems himself by finding a delightful little Francis-Barnett green-laner powered by a Villiers 197cc 8E engine. Which means that once upon a time it was probably a Falcon. Can it fly again? 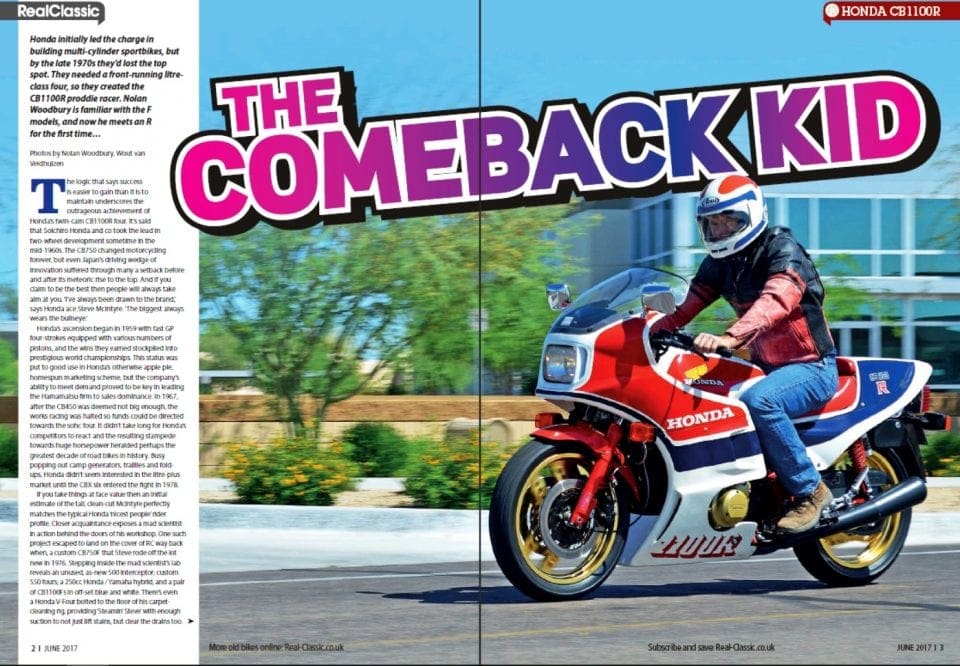 HONDA CB1100R
Honda initially led the charge in building multi-cylinder sportbikes, but by the late 1970s they’d lost the top spot. They needed a front-running litre-class four, so they created the CB1100R proddie racer. Nolan Woodbury is familiar with the F models, and now he meets an R for the first time

MATCHLESS G80
Last month, Derek Pickard introduced us to the delights of the 1980s British-built Eurobike. This time he considers the available upgrades and evaluates the modifications made to his own Harris Matchless Rotax-engined café racer

NORTON MODEL 50
Pierpaolo Cavallo has been bewitched by British bikes. To return the favour, he introduces us to some of Italy’s finest riding country in the company of Norton’s 350 featherbed single 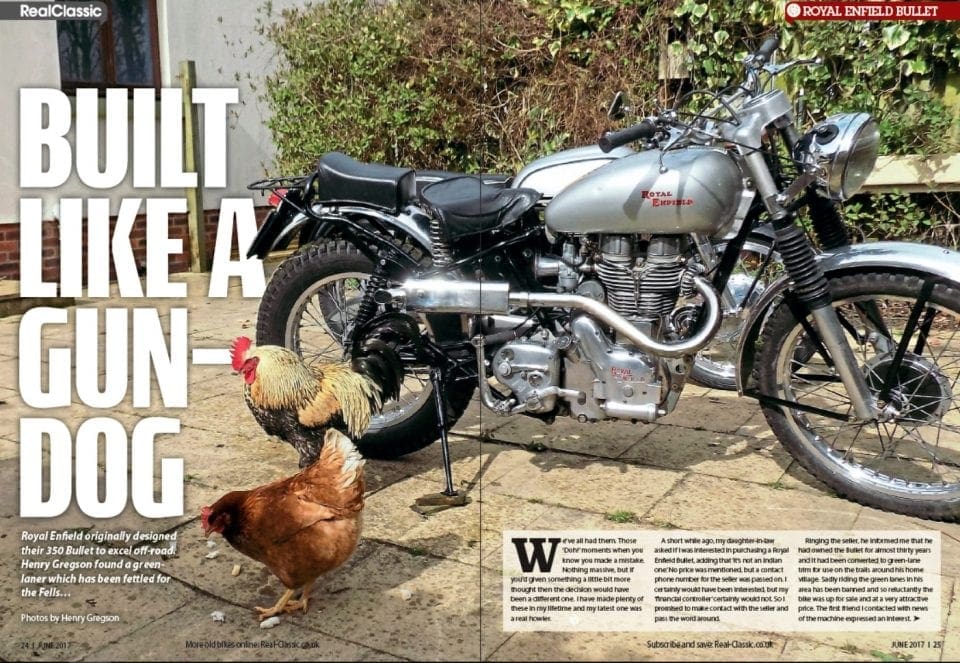 ROYAL ENFIELD 350 BULLET
Royal Enfield originally designed their 350 Bullet to excel off-road. Henry Gregson found a British-built green-laner which has been fettled for the Fells

STEIB SIDECAR
For more than forty years, Stuart Francis’ Steib sidecar has been subjected to just about every indignity a mechanical conveyance can withstand. It spent some time attached to a BSA A10 650 twin, but now is pulled by a 1955 AJS Model 18

TRIUMPH TRIDENT
Last month, Peter Hatfield located a five-speed 750 triple in the United States and brought it back to Britain. Now it’s ready to take to the road which means he’ll really find out what’s wrong with the T150V

VELOCETTE VICEROY
Back in the 1960s, customers were buying cheap’n’cheerful Lambrettas and Vespas like hot cakes. So Veloce developed a top quality, beautifully engineered British equivalent. Why wasn’t this snazzy scooter a runaway success? Roger Slater of Laverda fame finds a Viceroy which needs some attention and investigates the model’s history PLUS! Jacqueline Bickerstaff considers the bikes built and ridden by Bugatti; Frank Westworth reveals that real life sometimes interrupts shed life; we’ve four full pages packed with awesome events to attend; the bikes to buy range from a BMW K75 for £400 to a Triton for eight grand; and RC readers reminisce about how and why they started riding…

It’s heaps cheaper if you subscribe: save 50% on the price of a single issue