This book provides a dispassionate examination of the evidence leading to the decline of motorcycle manufacturing in Britain. Although there are now Triumphs and Nortons available again, the decline during the latter half of the 20th century was spectacular. Steve Koerner is a British motorcycle enthusiast and historian from British Columbia who completed a PhD dissertation on the subject at the University of Warwick’s Centre for the Study of Social History between 1990 and 1995. 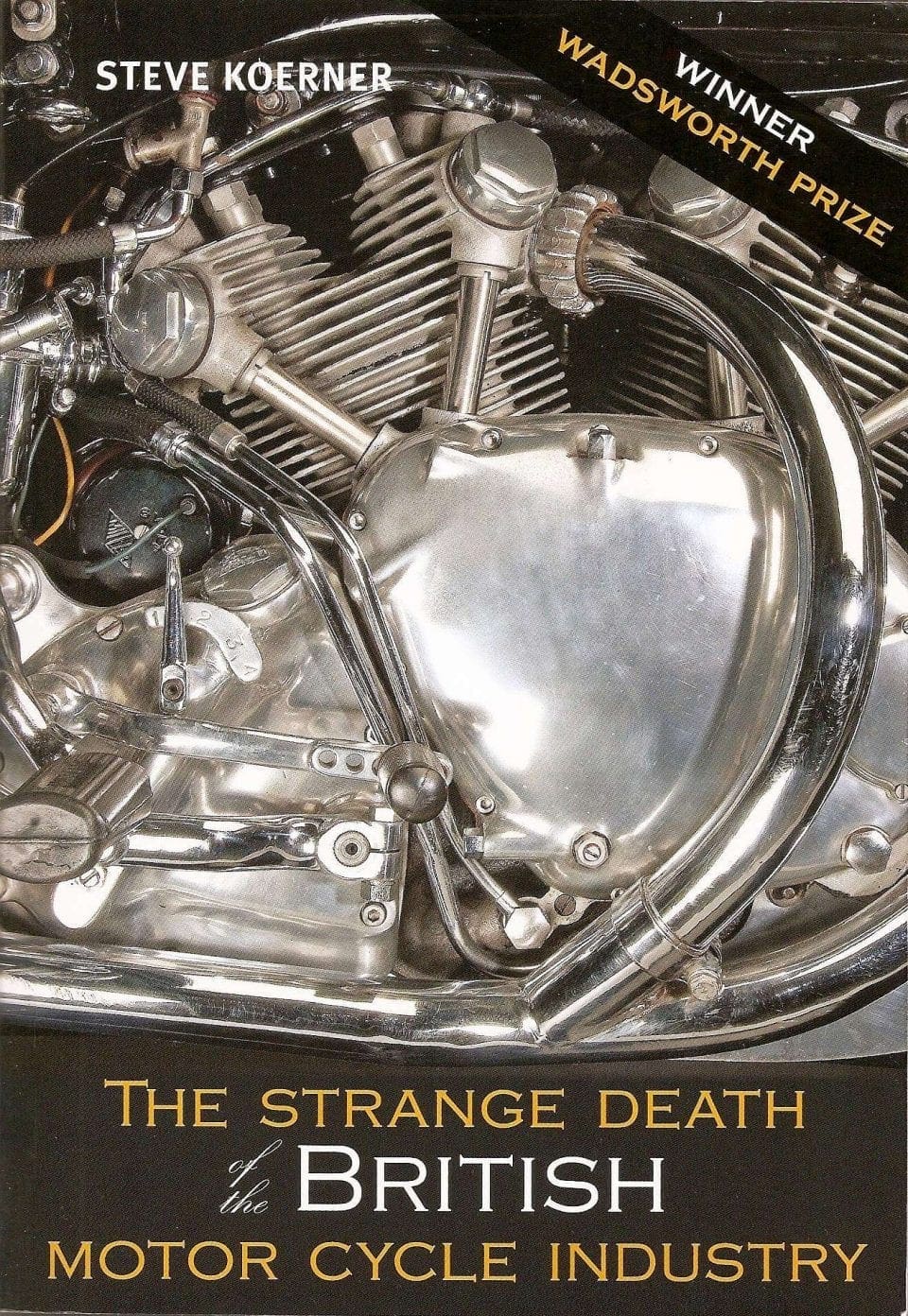 Koerner takes a forensic and detailed approach and the book includes 77 pages of references detailing the sources used. The core of the book has seven chapters over 277 pages covering time periods from the 1930s to the 1960s and 70s. Useful summaries are included for the key machines and personalities involved, such as Norton Dominator, Triumph Speed Twin, Vincent Black Shadow, Velocette LE, Ariel Leader, Edward Turner, Jack Sangster and Val Page.

The book concludes that putting short term profit ahead of long term investment in large scale production led to ‘segment retreat’, ie making larger capacity machines only. This and the related failure to develop a lightweight ‘economy’ model combined to cause the failure of the industry.

The reviewer has also recently read Bert Hopwood’s and Neil Shilton’s books along with Barry Ryerson’s ‘The Giants of Small Heath’ which also cover the topic. It is striking how the knowledge, production engineering capability and experience required to prevent failure were around at the time, but were so badly mismanaged. The 1955 BSA Dandy lightweight featured in Koerner’s and Hopwood’s books, bears more than a passing resemblance to the later, all-conquering Honda Supercub. One of many examples of ‘what ifs’.

Steve Koerner’s book is highly recommended reading for anyone needing an unbiased examination of the topic and in this respect is preferable to the more partisan accounts in Hopwood’s and Shilton’s books.

There is an extract of Koerner’s book available here.