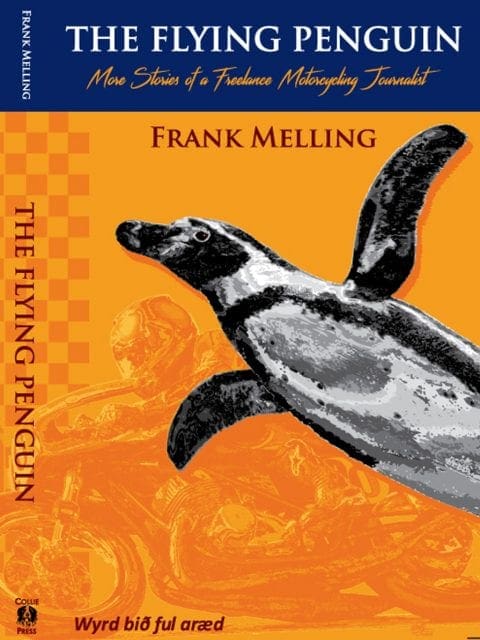 Frank Melling tells a mean tall story. You’d seek him out on Friday night, pint in hand, to hear ripping yarns about being black-flagged on Sammy Miller’s Norton Kneeler, or staring down the wrong end of a Colt 45 barrel in backwoods Missouri. The twist to this second collection of postcards from a riding life is that Frank’s tall stories turn out to be true…

Frank Melling is a familiar face on the classic motorcycling scene. He’s written about bikes for the motoring press since before they were considered classic. He’s raced hard in two-wheeled competition, off-road in the muddy stuff and on track on some of the most challenging (and exhilarating) circuits in the world. He’s an entrepreneur, an educator and an entertainer. And in ‘The Flying Penguin’, Frank tells the second part of his life story.

This volume spans three decades and picking up where the first book, A Penguin In A Sparrows Nest left off in the mid-1980s. Frank beguiles the reader with traumatic near-death experiences, the emotional upheaval of discovering your soulmate, and the story behind the immensely successful Thundersprint and why that massively popular eventually ended. Broken bones, broken bikes, broken relationships – all precariously balanced on the knife-edge of a freelance journalist’s permanent state of financial insecurity.

‘Most of us don’t squeeze this much into our lifetimes because we’re too scared of making mistakes,’ comments one reviewer. ‘Frank just plugs on regardless, learns, and does it better next time.’ 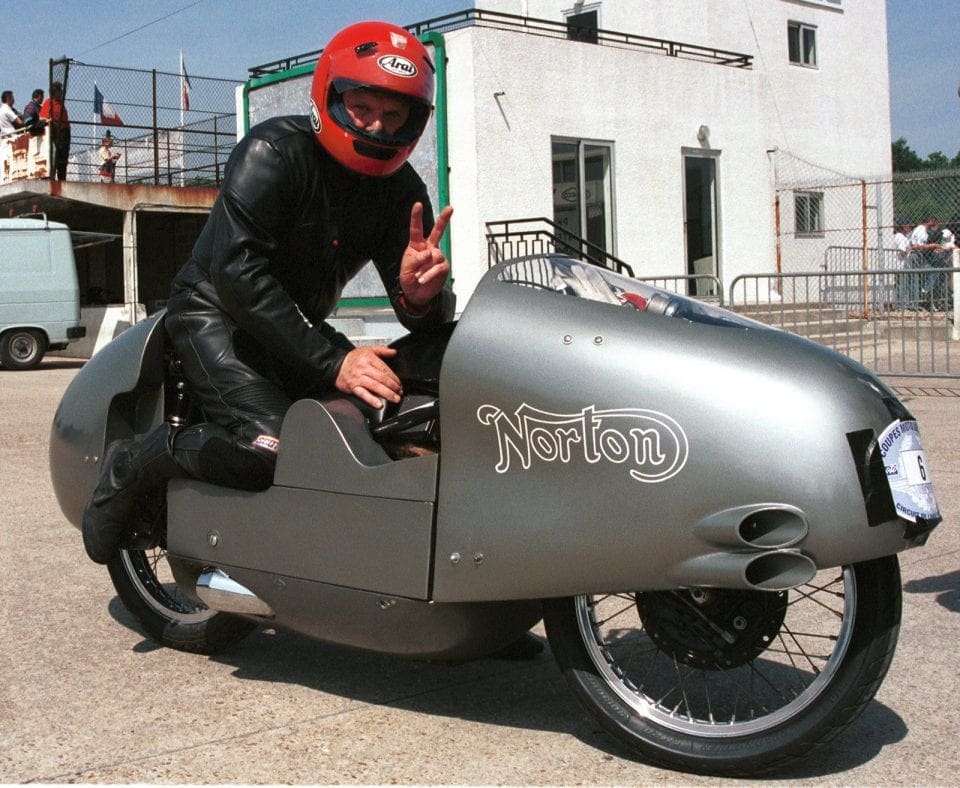 ‘The stories about working with Agostini, Jim Redman and all the modern stars were fascinating. Obviously, there’s a lot about bikes in the book – that’s to be expected. But it’s not just a book about motorcycling, it’s more like a 30 year travel journal; a journey through one man’s fascinating life.’ 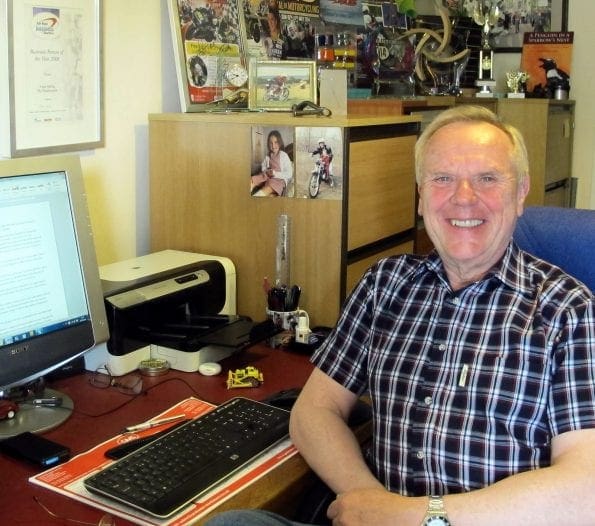 All of this is told with disarming honesty and plenty of wit. Motorcycling enthusiasts will find much to entertain them – but there’s also more meat to this man’s life than just the two-wheeled side of things, so several chapters are dedicated to Frank’s endeavours in education and literacy. He’s also a dedicated family man, as you’ll discover.

The Flying Penguin: More Stories of a Freelance Motorcycling Journalist (The Penguin Chronicles Book 2) by Frank Melling is available direct from the author in paperback, or via Amazon as an ebook