This month’s magazine features vintage motorcycles, classic bikes and other interesting oddities: singles, twins and triples; two-strokes and four-strokes, built in Britain, Japan and even elsewhere. Read all about ’em…

BSA A7
In seven decades, this unusual 500 twin has been ridden, crashed, relegated to a cellar, rebuilt, restored and revitalised. The later A7 is very much a smaller counterpart of the 650cc A10, but this first incarnation, with its solo saddle and rigid rear end, featured an entirely different engine which came from the pen of Val Page 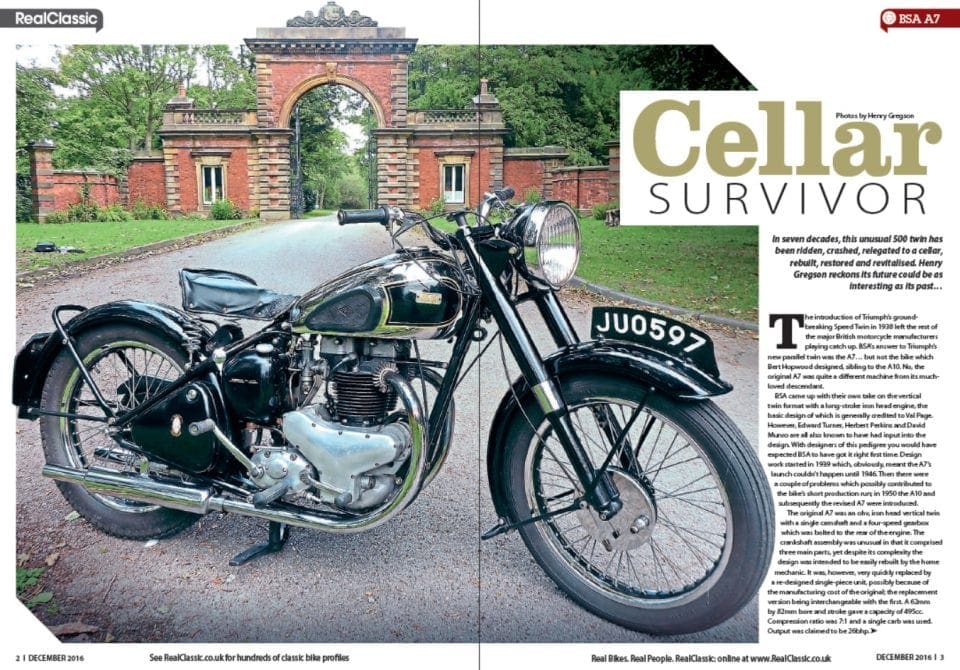 BSA B21 REBUILD, Part Two
The reconstruction of a pre-war Beesa began last month. Oddly enough, there turn out to be no new spares available anywhere, so Bantams and B31s start donating wheels, toolboxes and other items

BULTACO METRELLA
There ain’t no substitute for cubes, goes the saying, describing America’s love affair with massive motors. But then a titchy Spanish 250 was clocked at 100mph and that turned even American heads, as Nolan Woodbury explains

EXCELSIOR UNIVERSAL
Once upon a time, simple two-strokes were appreciated for their light weight, easy manoeuvrability, reasonable running costs and affordable purchase price. It’s déjà vu all over again!

HONDA CB350 PROJECT, Part Two
Eddie’s budget-build four-cylinder café racer goes back together with a home-made exhaust system and a collection of carbs. The time comes to fire it up – you might want to wear ear-plugs! 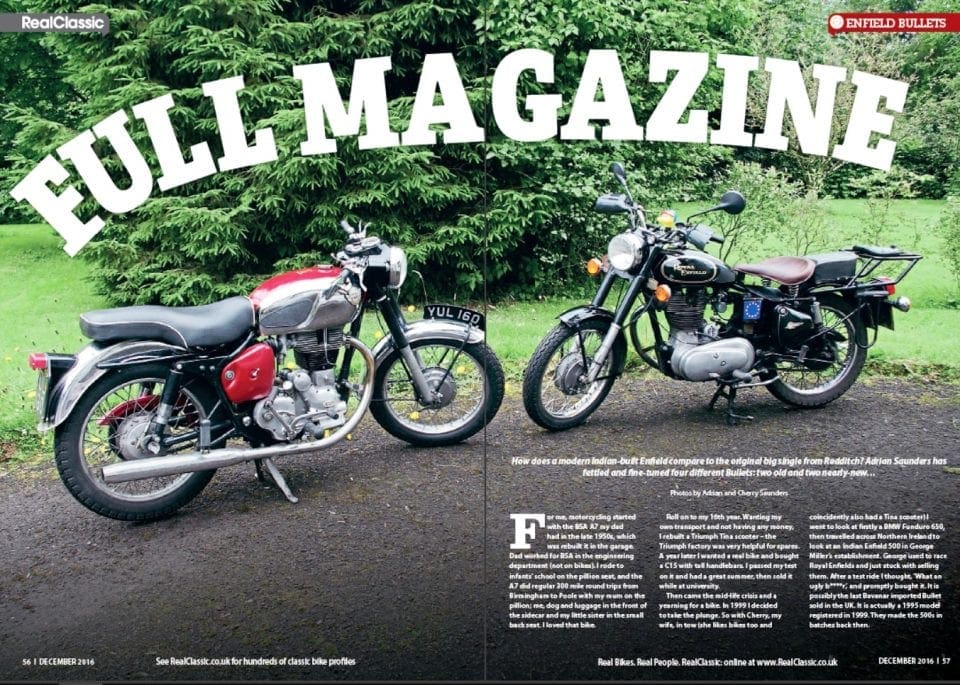 ROYAL ENFIELD BULLETS
How does a modern Indian-built Enfield compare to the original big single from Redditch? One RC rider has fettled and fine-tuned four different Bullets: two old and two nearly-new. Here he compares and contrasts his experiences

TRIUMPH TSS
Living with yet another legend, Ace Tester Miles becomes acquainted with the last of the line, the ultimate evolution of the original Triumph Bonneville. This 750 twin has rather more valves than the typical machine made in Meriden…

TRIUMPH TRIDENT
Every restoration of an old British bike has to be an extended tale of woe, angst and endurance, right? Wrong. One fella bought the bike he’d always wanted (a T150 750 triple, as it happens), rebuilt it PDQ, and revels in riding the result

YAMAHA XS650
Probably the first successful attempt at a Japanese Bonneville came from Yamaha, whose XS650 has stood the test of time as well as most Triumphs. Frank Westworth was looking forward to test-riding a classic bike with an electric starter. Oh well. Can’t have everything

PLUS! PUB visits a giant bike museum in Birmingham – that’s Alabama, not the Wet Mudlands. Frank Westworth takes a deep breath and fires up the project BSA B25SS for the first time in almost 20 years. Meanwhile, the Compass Challenge comes to a close with a bumper month of extra entries, and RC readers chatter and natter about AMC big ends, ion (or is it iron?) lithium batteries, AJWs, and little Italians 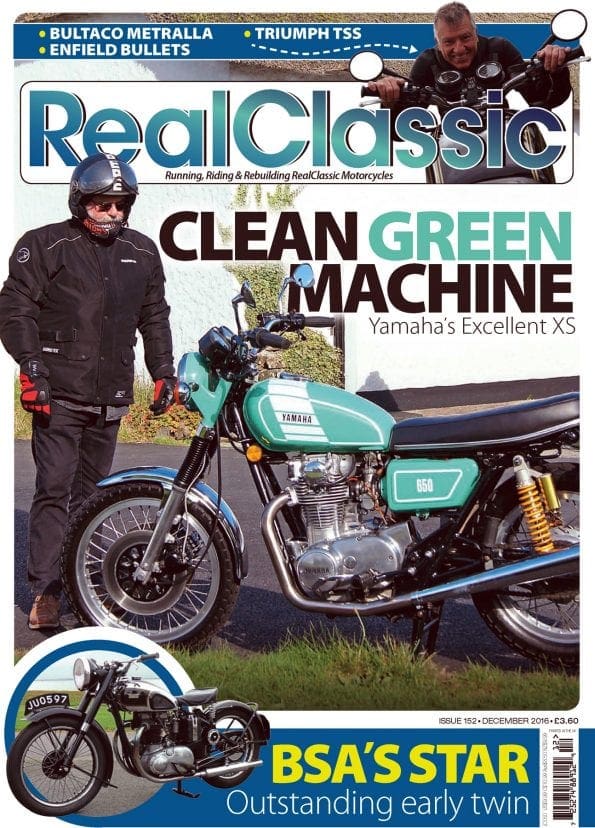