Jamie Whitham heads up the first classic bike show of the new year at Newark, on January 9th and 10th…

Race-ace turned TV commentator Jamie Whitham will be the star guest at the Carole Nash CBG Winter Classic at Newark, 9-10 January. One of the most popular British riders of recent years, Whitham will be on stage several times throughout the weekend being interviewed about his life and career by fellow former competitor Steve Plater. Whitham steps in to replace Peter Hickman who’s required by his new GB Moto Kawasaki team for testing. JW has a few classic race bikes of his own, and the organisers hope he’ll bring something interesting along to the show.

This indoor event also features hundreds of trade stands and autojumble plots packing in to the halls of the venue giving visitors the chance to pick up parts, spares, tools, accessories, clothing, memorabilia and more. Club stands and private entrants will display pristine restored and maintained classic machines of various makes models and eras. The Air-Cooled Suzuki Club will be bringing an array of 1980s FSX machines, while pre-65 trials will be represented by the Poachers. Their display covers not only AJS and Matchless G3C and 18C bikes but some lightweights by James and Greeves, and even a 1949 350 trials Goldie. 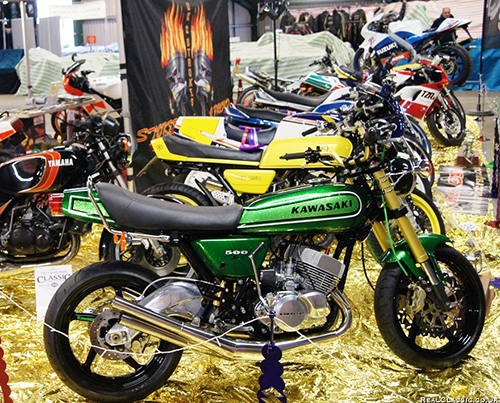 Look out for sprint bikes from the NSA and Straightliners, and stop by the VMCC Historic Racing stand to view a Seeley Matchless and a Norton Manx alongside a stack of Velo singles – with a Suzuki T200 and a racing Bantam for variety. Meanwhile the CRMC have lined up a couple of F1 Harris Suzukis, a 1976 Spondon Yam TZ and even a 1962 Aermacchi. 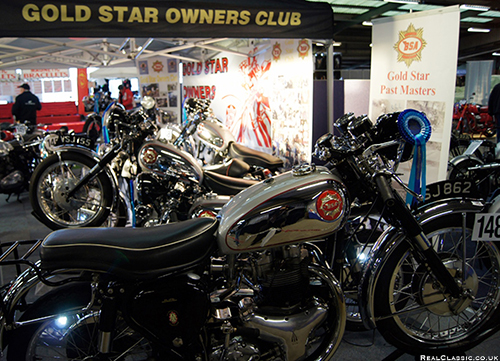 More Gold Stars abound on the owners’ club stand; not just roadgoing 350s and 500s but also a Goldie scrambler, a twin-cylinder Rocket Goldie and even a ‘Norb Star’. You can make your own mind up about what that might be… If you prefer your classics to come from the Continent then make sure you stop by the Italian Motorcycle Owners’ Club stand, with a display that spans 1934 through to 1990 in the form of Gileras, Ducati, Bianchi, MV Agusta and Moto Morini. 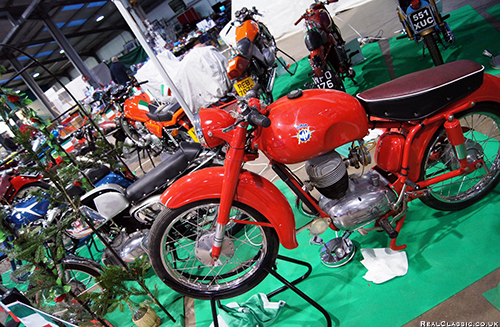 Other clubs includes the London Douglas MCC, the Owd Codgers trials guys, the Skegness MCC, the Sunbeam Owners Fellowship, the UK Two-Stroke Club, and the Velo Owners. The VJMC present examples from the four major Japanese marques over four decades, starting with a 1959 Suzuki Coleda and ending with Yamaha’s R1, while the CBX Enthusiasts take care of the six-cylinder department. Oh, and look out for the 1937 Black Alpine Brough on the VMCC Mid-Lincs stand. 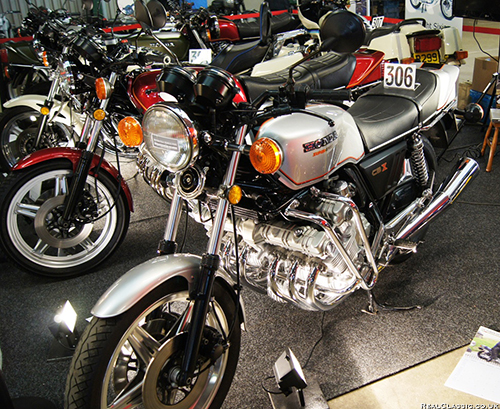 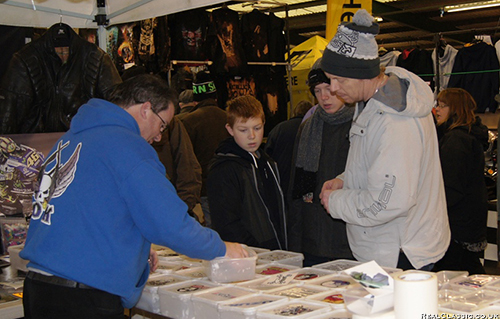