‘Just give me the facts, ma’am, just the facts’. In that frame of mind, we present a new, rapid-fire format of real classic bike guides for your delectation…

A Bit of Background

Famous the world over for its half-litre sports bikes, the Velocette marque also catered for more modest pockets with their pretty 350 singles. Surprisingly torquey and lacking in vibration, the Phil Irving-designed frame gives a safe and pleasant ride. The humble touring Velocettes from Hall Green in Birmingham hardly changed their appearance from the early 1930s to their demise in the early 70s.

The firm made its name with its exotic ohc bikes, winning a string of TTs in the 1920s, and first place at the 1930 Manx GP; the racing KTT also being offered in KSS road trim. Later, the quirky LE and rapid Venom Thruxton became famous, but in some ways the competent MAC epitomised everything rank-and-file riders loved about Velocettes.

The MAC From Start To Finish

1913: The 2-stroke ‘Velocette’ is in production and the name catches on

1933: The MAC is born! The M-series starts with the overhead valve MOV 250. The MAC 350 follows, offering 75mph from its 349cc high-camshaft pushrod engine, which is equipped with short rocker arms and so vibrates less. The MAC weighs 280lb, has a 4-speed gearbox, and starts life with a Webb (girder-style) front fork. Although no one seems able to explain the meaning of the AC designation, it doesn’t matter. The MAC becomes a firm favourite as a smooth, straightforward, slimline, single-cylinder tourer

1940: Military versions of the MAC, the MDD and MAF are made for the war effort. The MDD has a beefed-up clutch while the MAF sports an up-for-down gearchange which is subsequently adopted across the M-range. Similarly, the pressed-steel front brake drum is dumped in favour of a cast-iron version, first on the WD models and then on the civilian MAC

1948: When Webb stop making their girder forks, the MAC’s front suspension switches to air-sprung Dowty Oleomatic forks, although the back remains rigid. At this point the 14bhp MAC runs on 19-inch wheels, with 7-inch front and 6-inch sls drum brakes, and weight has crept up to 320lb

1951: Front suspension now changes to Veloce’s own tele forks (developed for the LE) with conventional coil springs and oil damping. In June the engine sprouts a new all-alloy barrel and head instead of the old iron items with wider fins, better cooling and so a raised compression ratio (up to 6.75:1)

1953: The MAC gets a general overhaul. Adjustable rear suspension, a swinging arm and a suitably sprung frame, made of Reynolds 531 tubing, arrive to much acclaim, although the rigid version is still produced alongside the new one for much of the year. The wheelbase grows by over an inch to nearly 54-inches. The saddle changes radically to a stepped dual-seat affair, one which display a prominent gap underneath it. Seat height rises to over 30-inches. The clutch, gearbox and gearing are overhauled, the main and prop stands are improved, and the silencer changes (only for a short period) from a traditional fishtail to a tubular slash-cut pipe. Weight is now 355lb 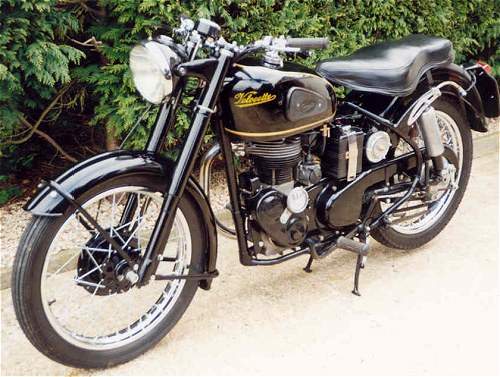 1954: The MAC is now considered beefy enough to tug a sidecar, so the appropriate lugs are added

1960: Production of the MAC ceases when Veloce run short of resources to develop it any further… having spent £50,000 on the development of the Viceroy scooter, of course! 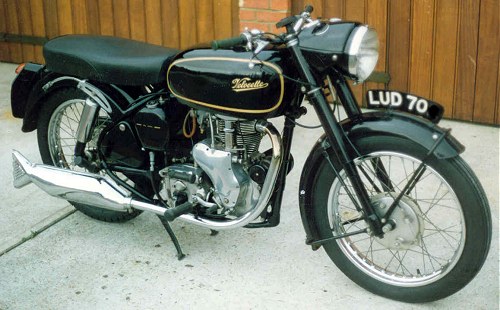 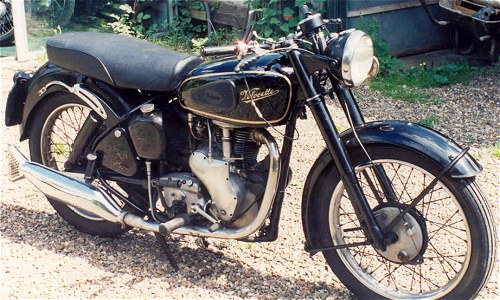