There once was a day when an everso ‘umble Velo LE overtook an Enfield Interceptor. Mick Merrick was there, but rather wishes he hadn’t been…

This is a story about a young, gullible, and simple youth back in 1968/69 (not much has changed since then; only the age). The story goes like this. A pal’s father was to be given an elderly LE by his brother. This machine was a hand-start, and hand-change example. So as we were a nosy lot it was decided to go up to Jerry’s uncle just to have a look.

There were a couple of drawbacks to this gift, however. The first and most important was that the LE had been standing outside, under an old blanket, for a number of years. It therefore had flat tyres, seized brakes, knackered electrics, etc, etc. When we arrived, Jerry’s uncle was surprised to see us but was only too willing to show us to the mouldy mound that hid the LE. Someone — I’m not sure who — managed to get some air into the tyres, and they appeared to hold. We had inflation!

A tow-rope appeared and the LE was pushed out into the road. By this time I was getting worried as I was the only one who was not on my own bike — I had arrived on the back of Jerry’s Royal Enfield Interceptor. As it was starting to get dark, a wire was run from the lights on the RE to the rear light of the LE. The plan was for Mick on his AJS outfit to bring up the rear and to act as the rear lights, with Bob on his Honda alongside the rope so as to hide it from any interested police (in these far off and distant days towing with a motorcycle was strictly verboten).

Now I’ll just remind you of the facts. Soft tyres (very), buggerall brakes, very short tow-rope wrapped around the handlebars — and then held by me! And on tow by a bloody great big 750 Interceptor. Blimey. 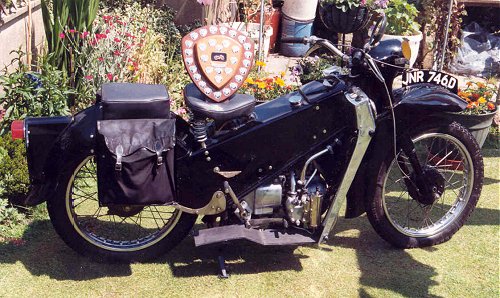 From the house in Goodmayes to the A13 it all seemed to be going OK. I used my feet to assist the occasional need to stop. Passing the Ford plant at Dagenham, all three sets of lights — as luck would have it — were green. The Rainham roundabout was clear. Then — oh shoot! We had forgotten about the traffic lights at Rainham, right outside the nick! We stopped in a shower of sparks from the Blakies on the heels of my boots. The lights turned green — away we went — all OK.

In fact, it was such a breeze. Nothing to it. I began to relax. As we approached the New Dartford Tunnel roundabout, along came Steve on his brand new and just run-in Bonnie. Whilst he was running-in the Bonnie, Jerry had been showing Steve just how slow it was compared to the 750 RE. On seeing Jerry trundling along at 30mph Steve waved at him (the kind of wave with a clenched fist up and down behind the back). ‘Bugger that’, thought Jerry, a thought which was followed by a swift change down into second gear, and we were off after him.

‘Sod this’, said I, and dropped the towrope… 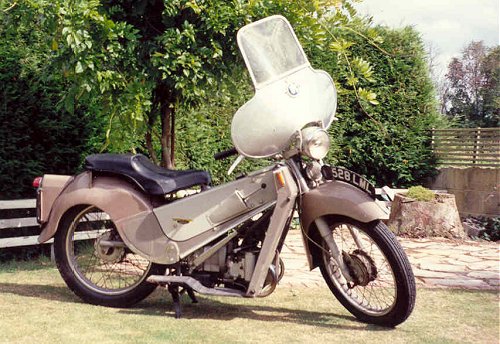 …only for it to snag around the handlebars of the LE and hold fast.

In those days the Dartford Tunnel roundabout was a beautiful sight on a good fast solo. But it was not a beautiful sight when you were on an LE Velo doing something over 70mph (it may have been more; that’s where the speedo ends, and yes the speedo did work!). The sound of scraping footboards was drowned out by my screams, and laughter from all behind. Later, Jerry said that the first thing that bought him back to earth to remember me on the other end of the rope was when I tried over-taking him, on the exit of the roundabout whilst frantically pulling in the slack rope so as not to run it over.

The fact that I managed to stay on the most lively LE known to man says nothing to my skill but an awful lot down to just bloody good luck. The fact that it stayed on the road at all was nothing short of amazing. The rest of the journey to Grays was relatively incident free. I still don’t know how, but we got back to Jerry’s place. On arrival his father didn’t seem to appreciate our efforts at all. Hadn’t we just saved him an awful lot of trouble in transportation and time? Still, dads were a funny lot in those days… not like now of course! 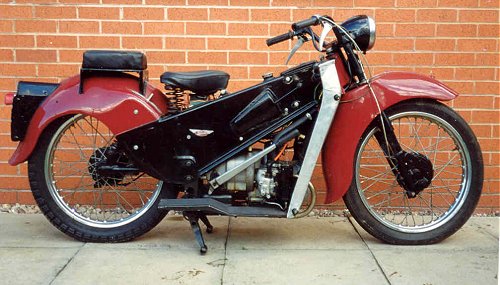 Got any tow-rope tales to tell?