‘Tell us what you think’ and ‘have your say’ seem ubiquitous these days. Magazine editors listen closely to every word you tell them. Whether magazine editors act upon those words is another matter entirely. Frank Westworth admits defeat…

‘I don’t bother reading magazines any more. They’re all the same.’ I scratch my head in an amiable way, wondering whether the coffee shop has some unusually interesting buns on sale. Of course they don’t.

‘I used to read your magazine but it’s just like all the others.’ Smile politely, consider replying honestly with ‘Yeah yeah, exactly the same as all the other old bike magazines in that it’s concerned mainly with old bikes. I see what you mean. Gosh what an insight. Must fill RC at once with features on rubber ducks, maybe studies of particularly fascinating penguins and their mating habits. What do you reckon?’

But instead I contemplate the delicious lady on the stall opposite who has been trying to perform the reverse toothpaste impression; squeezing her size 20 self into a pair of size 12 leather trousers. Fascinating. Stephen Hawking and his black holes have nothing on this physical phenomenon.

That might be true. I’ve never liked T140 Bonnevilles much. Maybe we’re onto something here.

‘I mean, when was the last time you guys ran a story about an interesting bike?’

I point at magazine cover from earlier in the year; a really handsome and unusual Royal Enfield Constellation in full Airflow regalia. ‘Like that?’ I venture, cautiously and with the optimistic smile of someone who scents that the coffers may soon be heavier by three whole pounds. Almost enough to justify another coffee. But no bun.

‘No!’ Said with some force. A lesser chap would have surely flinched. ‘No!’ Repetition has its place. ‘When was the last time you did a story about a Garelli?’ Step back, open-mouthed and prepare to abandon ship. A Garelli? I remember those. They were horrid smoky learner stroker mopeds from the 1970s. They infested Great Yarmouth when I used to go a-courting there. Garelli? No sane editor would fill his pages with a Garelli.

‘Do you hear what I’m saying? I refuse to read any magazine which carries adverts for the CROOKS who sell Velocettes.’ Fair enough. I feel much the same way about the purveyors of cluster bombs and white slavers, and am in a sharing mood, so maybe I should say…

‘I tell you.’ He does. And loudly. ‘I will have nothing to do with Velocette dealers.’ Why is he telling me this? Do I look like a man who can start Velocettes? Clenching a smile in place, I mentally count the number of ads we carry from Velocette specialists. I can’t actually think of any. I say this. He glares. Spittle flies. I flinch in advance, fearing a deluge. ‘That man, that dealer, that man you know.’

Come along now. It must be true; I only know one man. My life, long as it has been, has resulted in my meeting only one man. Present company excepted, plainly. ‘That swine. He has a Velocette!’ My eyes begin to bulge. Tears form. I attempt to suggest that in a thousand years mis-spent in motorcycling I have never met a crooked Velocette dealer. In fact, I don’t think I’ve ever actually met a Velocette dealer. I am too young. And I can’t start them anyway, so why would I? It is no use.

‘Look at that!’ Said with triumph and finality. He stabs a magazine cover featuring a Velocette, a handsome camshaft sort, suitable for saloon bar debate and genteel admiration.

‘That’s not a Velocette dealer.’ I am in a caring sharing mood. ‘That’s a nice bloke and that’s his own Velocette. Angry Man announces that he will write me a letter and storms away. It must be time for a bun. But no…

One thing that a magazine editor must always remember is that you, gentle reader, pay the wages. You do. If you decide never to buy another magazine, folk like me would be compelled to seek alternative employment, which would not be easy or indeed A Good Thing. I like editing magazines. I am almost certain that almost all editors do. Otherwise they would give it up and turn to space adventure, rock’n’roll superstardom or politics, things like that. Other occupations which pay enormously while requiring little actual effort. You know how it is. And to keep you, most excellent reader, in a state of constant eager bliss we need to listen to every word you say about our magazines or what appears within their gleaming pages … and we need to act upon it. 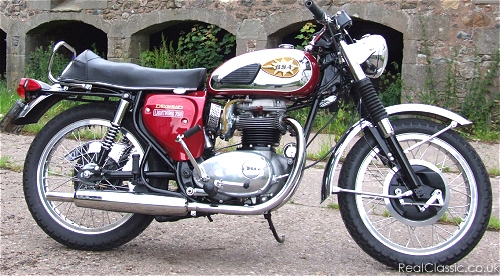 Actually, put down that hatchet, I really do enjoy chatting with my magazine’s readers – both of them – at events. They’re great. We chat about what we’ve been riding and where we’ve been riding it, and things like that.

It is the non-readers who are the problem. The guys who must tell me exactly and precisely why they don’t read it. Why on earth should I take their views seriously? If I packed my magazine with tales of tedium aboard Puch Maxis, Yamaha Townmates and Honda Cubs, then I would expect opprobrium and poverty to descend. So I don’t. I know that my reader never wants to read another word about Triumph twins and I also know that if sales start to flag I can always boost them by including a giant feature or two on Triumph twins.

It’s just like bikes. Everyone wants, demands and insists upon their need for a brand new Norton, and they debate its strange gearshift mechanism endlessly in turgid unpleasant internet fora until their eyes cross and they collapse in a tide of vitriol before their keyboards. Then they go back to their Yamaha Townmate for another high performance lap of the garage.

I’m safe in saying this, though. Because those who complain about bike magazines don’t read them. And those who read them do so because they enjoy it. And so do I. We’re friends, you and me. Famous last words again, then…

*The fabled Garelli feature appeared in RC81, the Jan 2011 issue. Since you asked