Was there really anything special about the T140D apart from its name? Steve Wilson rode one, and reports…

On summer weekends throughout the early 1980s you would still see quite a few Triumphs on the road, before they became classic, often in the company of two or three big Japs, because (while working) they could hold their own in general running. There were still takers for what the Bonnie offered, a quite good all-rounder with considerable charisma and some real virtues. The Triumph’s handling remained a strong suit, and both tractability and braking were aided by a strikingly light weight, at around 400lb when the Honda CB750K was 120lb heavier.

For just two years from 1979 the T140D Specials took their place among these 750 Bonnevilles. The Special was essentially a styling exercise triggered by Yamaha’s successful XS650 Special but it contained features which would become standard on the stock T140E. The Bonneville Specials were strikingly finished in gold-lined black, with seven-spoke US Lester mag alloy wheels, and a carefully tuned two-into-one exhaust. The T140D ran ungaitered, polished forks supporting both the handsome black and chrome wheels and a truncated chrome mudguard held by just its central bracing strip. Unlike the UK versions of the Special, which failed to hit the spot aesthetically, the early US ones looked stunning. 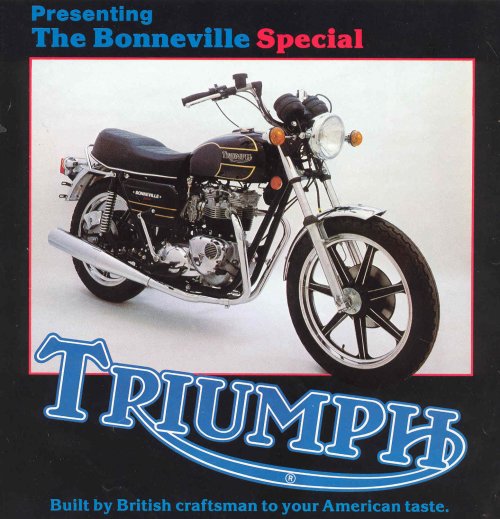 They rode well enough, too. I took one snarling through the woods one winter morning some years back. That was when the time-warp effect hit me. It wasn’t down to the special beech woods, or the ruined abbey hidden in the folds of the weald — or even to the Triumph’s 1937-based motor. No, it was the result of having read an awful lot of motorcycle magazines over the years, as well as putting in the miles recently on relatively modern motorcycles.

Suddenly, I felt myself in the riding boots of a road-tester back in 1979, when the T140D was new. For this one was as good as new — in fact as it had been fully restored it was better, in some respects.

And it felt so rough!

Now I understood the dilemma of the poor old late 1970s hacks. Like most British bikers, despite hard-nosed realism about the way the Japanese had sped ahead of the home industry for a decade, and about the limitations of the remnant of that industry which survived, most journos were aching for Meriden to make a go of it.

But there was no getting round the facts. This was one harsh ride. The suspension at both ends was unforgiving, and accelerating through the woods was distinctly inhibited by the bike bouncing from tree-root to buried tree-root, particularly at the back end. The 750 engine rattled, tinkled and clattered, and there was also a rattle from the from the front mudguard. Even the new disc pads, with no accumulation of dust and road filth, were loose in their housings and contributed to the soundtrack.

Still, it soon turned into a nice ride. After an interesting minute trying to kickstart the T140 while the kill switch was set at ‘off’ (John South, the owner and restorer of this bike, liked to have his little joke), it started easily enough, though the engine, with its twin, smooth-bore Amal Mk2 carbs on the new-for-1979 parallel port cylinder head, took its time to warm up. So that was a factor in the initial harshness. Frank-the-ex-editor also suggested that alloy wheels, those good-looking seven-spoke Lester jobs, gave a less forgiving ride than spoked ones.

The road was slippery so I was on the lookout for negative feedback from a hopping rear end. The factory had soon discovered that the Special’s fat 4.25 x 18-inch rear tyre had created rear end and other problems cornering. The taller tyre also fouled the mudguard and caused some punctures. Later examples fitted a longer, heavier-section swinging arm as well as returning to a 4.10

section rear tyre to counteract this — but John was fairly certain his bike was an early one and so the rubber was a 4.25 item.

This Special certainly had the early ones’ old T140V barrel, with the pushrod covers and tappet guide blocks, as well as the timing cover, evidently using up parts pre-dating the ’79 T140E redesign. But once the engine and tyres had warmed up and confidence had grown I had to agree with John that it ‘goes round corners like any other Bonneville’ — that is, rather well.

The US-spec exhaust system marked significant progress for the Bonnie and followed months of development work to achieve environmental acceptability, more mid-range torque and additional ground clearance. The pipes were positively located in the head, clamped into spigots which were screwed into the exhaust ports. No balance tube connected the pipes, which angled in towards each other until they joined in front of the bottom of the downtubes. They then passed the downtubes on the right so that a re-designed centre-stand which tucked in better could be used.

The pipes then ran into a single silencer which was a new design of two-stage megaphone with an end-cap. Although this silencer contributed towards a 25lb weight saving over the previous model Bonnie, and made wheel removal easier, and improved mid-range torque, it did restrict top end performance. This meant that T140Ds were pushed to top 100mph — and the exhaust system could still ground quite badly. This was especially ironic in view of the revised centre-stand and the fact that the footrests had been raised by two inches in pursuit of ground clearance.

The siamesed system did the job in improving mid-range power at around 4000rpm, however, where the Special pulled torquily. There was nice acceleration in third gear, fourth and top, and once warmed through it was smooth enough at 60mph, for a 750 Bonnie. Edging up to 70 on a long straight showed that this velocity was achieved in top at a laudably lazy engine speed, only just over 4000rpm.

Clutch and gearchange were good, light and smooth, and both seat and riding position with the high bars were comfortable at these speeds. The single AP Lockheed discs front and rear felt characteristically wooden, but were effective enough — and they were nearly new on this bike. John had recently replaced the master cylinders, brake hoses and calipers with standard AP items, and fitted new seals as part of a tip-to-toe restoration. 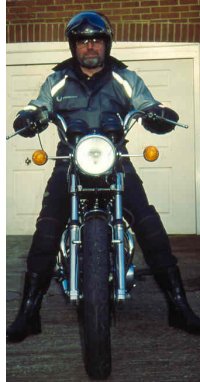 Another new feature for the T140D was the Special’s stepped, poorly proportioned, over-tall seat which let it down in the styling stakes in the pursuit of comfort. The factory was unable to afford top quality foam throughout, but the rider’s portion at least was treated to ‘cold cure’ inserts beneath a new cross-hatched seat cover. The pleasing, wasp-waisted shape of the US-spec tank had an additional bonus though — since it was too narrow at the rear to be clamped between the knees, you didn’t get any vibes through it.

The Special’s black paintjob was reported to wear rather worse than the standard Bonnie’s. John’s example, however, did not need its tank and sidepanels to be re-painted, testimony to some surviving craftsmanship at Meriden. Even so, the T140D’s frame was originally powder-coated and, in common with most Triumphs of that era, you could soon peel the coating off — John pulled a piece six inches long off the top tube before re-stoving.

Any details of that sort were soon forgotten once you began to experience the engine’s sheer lustiness, best sampled up hills. It was harsh on the over-run at first, but this was just a Triumph telling me how it wanted to be ridden — accelerate! It was a nice squirter, too, so light (that 25lb saving over the stock T140E) and flickable, and if the high-barred front end could wriggle when you put the power on in a bend, then it was a controllable part of the fun.

On a fine day, on a good A-road, you’ll still get the fun of the big Triumph’s looks, lightness, brakes, handling, righteous sound and, above all, the brute surge of power when you grabbed a handful of throttle, a meaty response for which there is no substitute, until it’s brought up short around 80mph by the vibration. Crude it might be, but the experience is undeniably effective and exhilarating — more so on the Special than on the subsequently sanitised ‘E’ variants.

In the end it was the Special’s eager engine which meant I caught myself thinking; ‘Hey, I wouldn’t mind one of these’. Which means it was among the nicest T140s I have ever ridden.

Looking for more information about Bonnevilles? Steve Wilson has written a whole book about them; Great Bikes: Triumph Bonneville.