Last year the TR3OC rode a classic NVT moped for 950 miles and raised ten grand for charity. This year their ambition has doubled: two titchy NVT machines, one of them starting from the top of the world…

In 2011, intrepid members of the Trident and Rocket 3 Owners’ Club rode a 50cc 1977 Norton-Villiers-Triumph Easy Rider all the way from John O’ Groats to Land’s End in just six days, raising over £10,000 for the charity Help For Heroes.

For most motorcyclists the Easy Rider is an easy target for scorn and scoffing, but the Beezumph bunch proved that the 1.25bhp machine was more than up to the job. It carried a team of riders (one at a time, you understand, not all at once…) for 950 miles between the tip and the toe of the UK mainland, avoiding motorways, and achieving around 120mpg. Each day, the NVT ran pretty much flat-out for between eight and ten hours at maximum revs. The Club have calculated that the 35 year old piston went up and down 1,620,000 times over the course of the ride!

Encouraged by such success, the TR3OC will be doing two more rides of this type in June 2012, again using small capacity NVT machines. On the first excursion Club members will pilot a mighty NVT Rambler from Nordcapp to Gibraltar, through Norway, Finland and Sweden during the eternal sunshine of the summer solstice. The team then heads south through France to Spain and finally Gibraltar, aiming to arrive on the 27th June 2012. 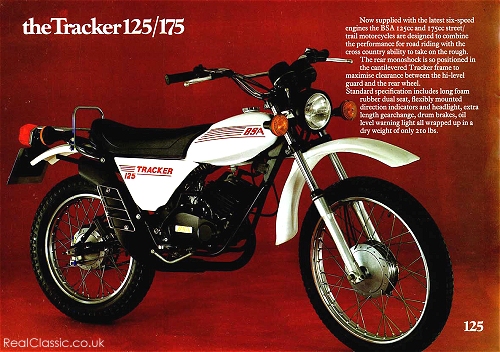 They’ve chosen a much bigger bike for this leg of the journey; the 1978 NVT Rambler boasts an entire 125cc. As we recall, there was also a 175cc version of the Rambler, and a later version was badged as a BSA Tracker. All used Yamaha engines two-stroke engines similar to the DT series. But back to the plot – the TR3OC Rambler has a top speed of 60mph, does 45mpg and has a 1.2 gallon petrol tank, giving a range of about 60 miles. So there will be plenty of refuelling stops between Nordkapp and Gibraltar – although we don’t think anyone plans to get hitched en route… 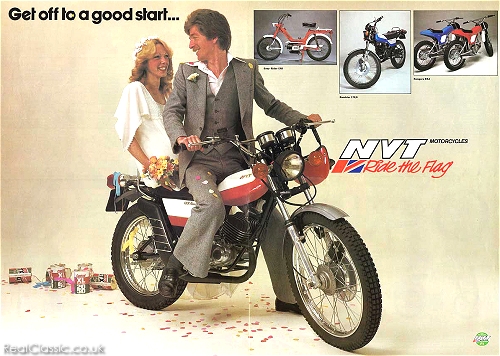 A simultaneous ride will take place on the 1976 Easy Rider moped which survived last year’s trial. This time the Easy Rider will set off from Blackpool Tower on the longest day and heading for the Eiffel Tower in Paris. The organisers aim to get the itineraries to overlap so that both bikes will stay at the same overnight stop, a short hop across the Channel, somewhere in the Pas de Calais region of France. This provides an ideal opportunity for supporters who are not actually riding the machines to join in and grab a sneaky weekend away in France.

These rides are being undertaken to raise money for charities and to raise funds for the TR3OC. 10% of everything raised will go to the Club, while the remainder will be split equally between the TT Riders’ Association and Riders for Health.

Many TR3OC members have already signed up to take part in these rides, but there are still some places available if you fancy twisting the grip on either machine for a stint. All it will cost is the travel to the start of your ride and back home again from end of your ride, plus any overnight accommodation. Both bikes and all fuel / maintenance costs for the rides are being supplied to the club at no cost.

If you’re interested in taking part (you may need to join the Tr3OC if you’re not already a member) then email treasurer@tr3oc.co.uk or phone 01785 715700.