One major track event has been cancelled this year, but there are other opportunity to ride your classic bike around a racetrack. Enter now for the Thundersprint at Darley Moor…

Entries are now available for Thundersprint 2014 which will be held at the Darley Moor circuit over the weekend of 10th and 11th May, 2014. There are two parts to the Thundersprint: the Thundersprint itself which includes over an hour and a half of track time plus the sprint races and the two Thundersprint Cavalcades.

The Thundersprint is mainly aimed at pre-1988 bikes but for 2014 there will be a modern bike class too. Riders can buy a single-event competition licence from the ACU at Darley Moor or if you’re not the competitive type then the Thundersprint Cavalcade is speed-limited and is open to bikes of all ages and all types. The Cavalcade focuses on waving to the crowds and showing off all that is good about motorcycling, so a competition licence is not required for the Cavalcade.

Entrants into the Thundersprint automatically get the chance to ride in both Cavalcades at no extra cost. All riders get two admission tickets, a camping pass and a unique souvenir. 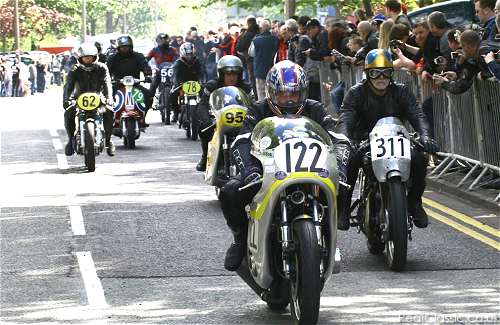 Since announcing the move to Darley Moor, Thundersport organiser Frank Melling has been inundated with enquiries. ‘In the 17 years we have been running the event we have never had a response like this. Darley Moor is very popular with riders and its central location, easily accessible from every part of the country, means that we are attracting entries from all over the British Isles.’

Thundersprint entrants will be in excellent company, rubbing shoulders with current world-class racers and famous names from yesteryear. Scott Redding, who was the youngest rider to ever win a Grand Prix, will be taking time out from his MotoGP season to come to Thundersprint. ‘I am looking forward to riding in MotoGP, which is the toughest championship in motorcycle racing. I don’t expect to be World Champion in my first year – that would be an impossible dream – but I do want to be the best non-factory rider. 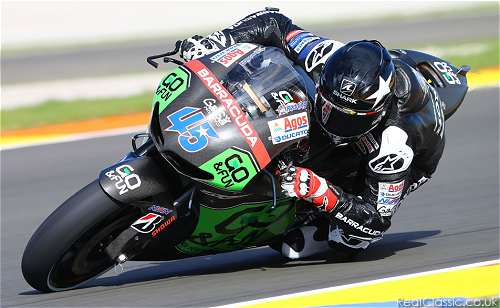 Scott Redding, not on a Fireblade and not at Darley Moor

‘I have ridden at the Thundersprint twice before and I honestly loved every minute of it. GP racing is a serious business – very serious indeed. My mind is entirely focused on winning and I really do miss the chance to mix with the fans. The Thundersprint is a giant two-day party for anyone who loves bikes and, best of all, I’ve got the time to talk to fans, have photographs and be with them socially. In fact, all the things I love doing but can’t at a GP.

‘Darley Moor looks like a great little track so I’m going to have a play about on a Honda Fireblade and just have a good time. I can’t wait until May.’

Meanwhile, motorcycling legend Sammy Miller will return to the Thundersprint with some awesome exotica in tow. The Sammy Miller Museum is famed for its collection of rare racing motorcycles, and last year added a four cylinder, Type 673 works Jawa to its displays. The Jawa – as ridden by world champion Bill Ivy – will make its maiden appearance to the public at Darley Moor alongside another machine from the Miller Museum, a 1954 Rennsport BMW. The flat twin German bike is a sister bike of the machine which Walter Zeller took to second place in the 1954 world championship. Despite being a full 500cc machine, the BMW is a treasure of minimalist engineering and a must-see attraction for all who attend the event.

Sammy said: ‘I am a huge fan of the Thundersprint. It’s a unique event in that it is run really slickly but at the same time manages to maintain the relaxed, informal atmosphere of a true classic event.’

Visitors will also be able to admire one of Valentino Rossi’s world championship winning machines: one of the 125cc Nastro Azzurro Aprilias upon which Rossi claimed the 1997 world championship. The Aprilia comes from the Phil Morris collection of racing motorcycles. Says Phil; ‘Our bikes are completely track ready. It’s just a question of filling them with fuel and firing them up. So, as well Valentino’s bike we will be bringing a whole collection of the factory V&M Yamahas. Nick Jefferies will be having a play in the Thundersprint on the ex-David Jefferies’ machine which is one of my favourite V&M bikes.’ 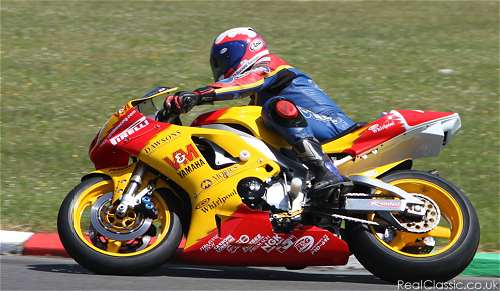 There will also be a display of current superbikes from the 2014 Yamaha range, hosted by dealer CMC Motorcycles, who are also bringing some special machines specially sourced for Thundersprint.

And all that lot is on top of the main attraction – the chance to ride your classic on track, or sit back and admire the exploits of other riders. For many of the private participants, the Thundersprint is the highlight of their season, as entrant Michael Hunt explains. ‘The Thundersprint is my favourite event of the year. It’s a wonderfully relaxed and informal meeting and yet amateur riders like me get to ride with some of the greatest motorcycle racers of all time. There’s no other event like it.’ 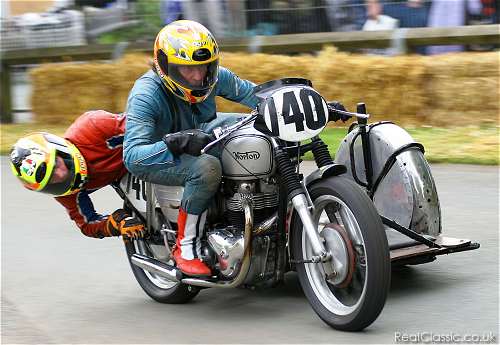 Other folk travel from across the country to attend the event, like Jim Ross who is making the long trip from the north of Scotland with his extremely rare ex-works Aermacchi. Jim said: ‘I always try to do the Thundersprint because it is such a unique event. It always attracts a huge crowd but the atmosphere is really laid back and I take a lot of pleasure in being able to show my Aermacchi to such appreciative fans.’

Entry forms for the Thundersprint Hillclimb and track sessions and the Thundersprint Cavalcade are available now from info@thundersprint.com. Spectator admission costs just £5 for the whole weekend, with accompanied children free. It all takes place at Darley Moor Motor Sport Centre, Derbyshire DE6 2ET.