Buyer’s Eye at the Stafford Show

While the big spenders were bidding £1.3million in the auction at the Stafford Show last weekend, RealClassic’s roving reporter sniffed around some of the less obvious classic bikes for sale…

This 1961(ish) Dominator neatly demonstrates how to shop at an auction. It was the last of four similar bikes to go under the hammer. And, OK, it wasn’t the nicest one of the bunch cos it mixes an 88 frame with a 99 engine and wears an age-related registration number.

However, if you want to ride it rather than preen about its provenance, then £3450 is a very fair price. The first of the four Dommis to go under the hammer, a 99SS, attracted all the major interest and so cost its buyer £6200, and is probably no nicer to ride than this one!

You might find it hard to put this big Zed back to standard, but a small voice in my head started blethering about flat bars, solo saddle, modern forks and brakes and – flat-track heaven! 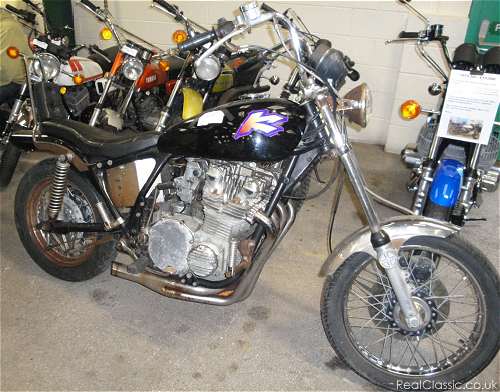 Or maybe just paint it matt black and call it B’stard? Asking price £1750; if you happened to have a chassis with no engine then that would’ve been ideal.

We’ve featured quite a few of these 1950’s long-stroke singles in the magazine, because they are really rather charming. Less stressy than the featherbed bikes but benefitting from Norton’s famous front end and a decent brake. 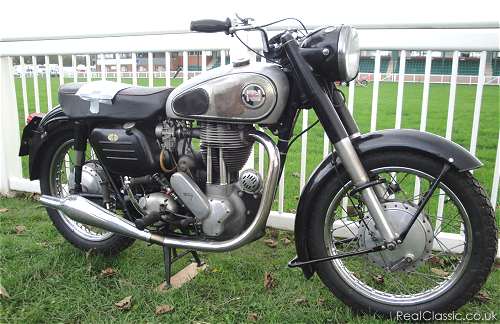 This one was all on its lonesome out in the showground, with a description taped to its seat and a price of £5000. Has been with its current owner for the last five years and he’s only selling it because a Commando has come into his life. Lovely patina on that tank…

This photo is only here for two reasons. Firstly, because it’s taken at such a strange angle that you’ll have to rotate your screen to see it clearly and we enjoy being awkward. 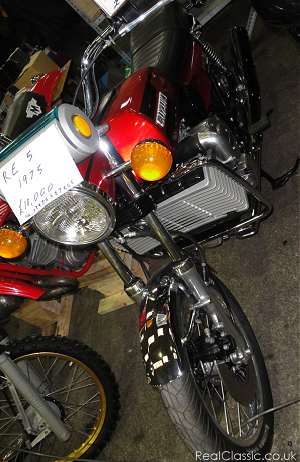 Secondly, so we can say TEN THOUSAND POUNDS! in capital letters, underlined (and if we had green ink then now would be the moment to use it). Very shiny, yes. But you could have a totally stoating GT750 for that much money: a much more rewarding and less demanding experience.

Yikes. Buyer beware indeed: we like AMC machines but this 1953 500 twin is not an especially interesting model. 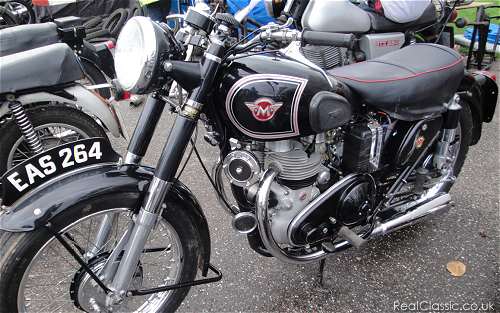 It’s clean, with a full MoT and just one previous owner showing in the book, but the £5500 asking price is absolutely top dollar. That’s Norton money for a Matchless motorcycle, that is.

Another favourite model of ours, the laid-back 350 Velo single. This one is a 1950 example so arrived before all the interesting upgrades (alloy head and barrel, swinging arm suspension, etc), and is probably still equipped with Dowty Oleomatic forks. 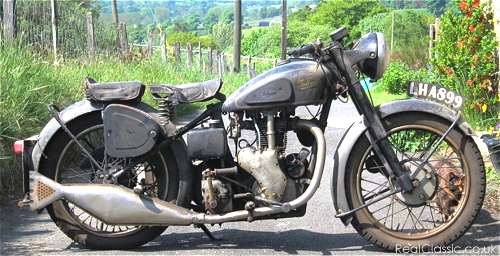 It’s been stored since 1973 and has mislaid its paperwork – hence the low auction price of £3200. Fresh petrol, new spark plug: want to bet it wouldn’t start?

We’re on the lookout for a T160 with leccy start, so this earlier, 1970 T150 in the Bonhams auction attracted our attention. It started life in the Netherlands then returned to the UK in 1978. Has covered around 22,000 miles and is fitted with electronic ignition (original bits included with the sale). 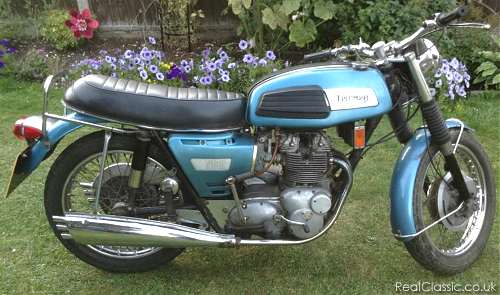 Needs recommissioning, but there’s scope for quite a bit of work at a sale price of £3220.

Did someone say ‘electric start’? Here’s one now. However, it’s already been gone through the restoration process and was on a trader’s stand, with a price tag in the region of £7000. Which is fine if all three cylinders have been coerced by a suitable specialist into playing nice with each other. 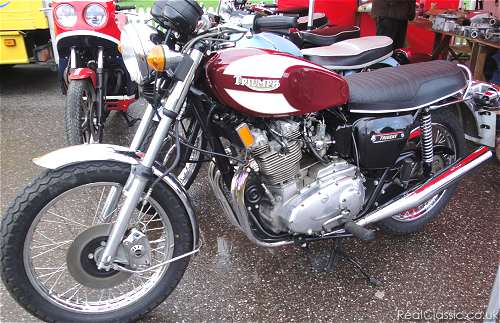 Without knowing the quality of the workmanship on the engine internals, tis a bit of a risky business…

RC regular Will did his best to convince FrankW that this two-stroke Panther, fitted with an 8E Villiers engine, would make a perfect project. At £750 it felt a bit steep – then the price fell to £450. Luckily, someone else was tempted before Frank’s wallet was seriously endangered… 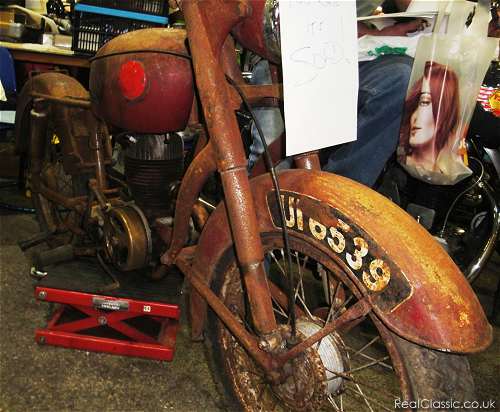