HobNobs? Check. Stripy tablecloth? Check. Random selection of magazine back issues? Check. Right then, we’re all set to head north for the Stafford Show on 25th and 26th April…

Now we know that the real reason you’ll be going to the Stafford Show on Saturday and Sunday 25th and 26th April 2015 is to come and see the RealClassic Crew… and you will find us on the balcony as usual. Above the main hall, stand B100, next to the cafÃ© and pub. You’ll be able to spot Frank and Rowena as they’ll be imbibing cups of coffee all weekend (white no sugar, thanks kindly), and Jacqueline Bickerstaff may well drop by (normally carrying two cups of coffee for R&F as she’s a kindly soul herself), and Odgie Himself generally pops up, as do squads of familiar folks from the . There’s barely any time to renew subscriptions or sell magazine binders, what with all the gas-bagging and up-catching and hail-fellow-well-met stuff going on.

However, there will come a point when you’ll need to rip yourself away from the RC Roadshow (normally to visit the facilities downstairs after all that dodgy coffee). Thereafter, you might like to wander awhile among the many attractions which the Stafford Show has to offer. The organisers have laid on some New Things this year, too, just to keep you entertained…

is a new live feature, a series of ten sessions across the weekend intended for anyone about to take the plunge into their first restoration, or for owners who’d like to tackle their own maintenance and need a bit of a confidence boost before setting to with the spanners. 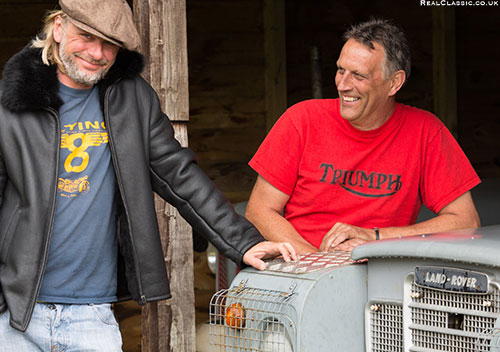 The information will be useful for every level of restorer, based of course around classic bikes although the topics being discussed and the methods and techniques featured will be of interest to anyone with an interest in mechanics and engineering. The emphasis is most definitely on a relaxed and friendly atmosphere – so don’t worry; there won’t be a test at the end! Pete will also be available to answer questions from the audience. Access to the Restoration Theatre is included in the general admission fee for the whole event so there’s no additional charge to attend any of the sessions, although it’s advisable to turn up early as these are expected to be extremely popular. 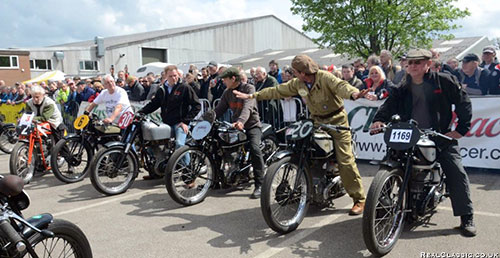 REVVED & RIDDEN: The Stafford Show already incorporates several live-action events where classic and vintage machines shake, rattle and roll around the county showground. Established favourites like the Classic Racer GP Paddock – where famous racing machines are fired up – and the trials demonstrations of the Classic Dirt Bike Experience will be joined this year by the return of the Classic Cavalcade. These Cavalcade sessions take place in the main show ring, and give owners their chance to parade classic British and European motorcycles for all to admire. The venue’s bandstand will also be utilised for the first time with an eclectic mix of live ragtime country blues and western swing music. (No, Frank won’t be playing. Although he could probably be persuaded to take his new Gibson along if you asked nicely). 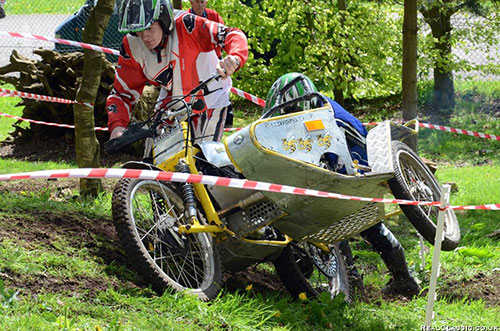 GUESTS OF HONOUR: Check the stage in the main hall for the timings of a series of interviews with the guests of honour, Nick and Tony Jefferies. These stars of motorcycle sport will be chatting live on stage to Steve Plater as well as presenting the prestigious array of awards and signing autographs for their many fans.

UNDER THE HAMMER: The Bonhams’ auction will inevitably draw the crowds and maybe some more famous faces – although if you happen to spot an F1 world champion in the sale hall, please give him the space to enjoy his day off… The star bike of the sale is an extremely rare pre-war Vincent HRD Series-A Rapide, which was rescued from the scrapheap, has been lovingly restored, and is estimated to sell for around £250,000. If that’s just a little bit too rich for your blood then check out the earlier listings in the auction because there are bargains to be had among the bread-and-butter bikes while most bidders are distracted by the bling. Oh, and some geezers from Top Gear are selling some bikes in this sale, too. You can view the lots on the Saturday with the sale itself on the Sunday. Hop over to to see the whole auction list.

Our advice is always to come on the Sunday if you can. It’s generally quieter than the Saturday so there’s less of a crush in the middle of the day. Then if you’re really lucky, Frank will sign for you…

Discount advance tickets start at £10 for adult admission from