So how did the newly-launched Simson Shop, purveyor of spares for Simson mopeds, leap into life? Phil Speakman explains fate, blame and degrees of separation…

Once more I’m stood at the counter with my documents, £55 changes hands and yet again I sign away my rights to all the sensible objections that any reasonable person would be expected to raise in defence of their innocence. In return for which I am handed the sole custodianship of a nearly-new Ford Transit van for the next 24 hours.

This Friday though, there isn’t a classic show for me to attend. Nor am I on a trip to recover the latest ‘it seemed like a good idea at the time’ eBay purchase. No, I’m afraid it’s far more serious than that and whilst I’m perfectly prepared to own up to a certain innocent complicity in the course of the events I’m about to relate. I can’t help but feel that BSA, the Third Reich and a chap called Colin also have their part to play in this little cameo of blame.

I’ve since confronted Colin about this and he cheerfully, indeed casually admitted, that it was all part of his current master plan for the re-ordering of the civilised world. In contrast, I’m struggling to obtain any form of acknowledgement of corporate responsibility from BSA and the Third Reich aren’t responding to any calls either.

So much for the blame culture society that the media would have you believe abounds these days. I was pinning most of my hopes on this, although in my limited recent experience I can tell you now that it simply doesn’t work when you need it to. I mean, if a bloke can’t point the finger of blame at the Third Reich how can he seriously expect to lay it all at the door of Colin?

The A50 eastbound from Stoke, passing Uttoxeter, was quick and remarkably clear of traffic on that pleasantly warm Friday morning. I soon found myself on the southern outskirts of Derby, where I spent a frustrating half hour attempting to locate the old A6 north that actually routes through the city centre. Not the signposted, ring-road preferred northerly route, I hasten to add. The one that conveniently avoids irritating and unnecessarily trivial things that plague the everyday traveller. Like your actual destination, for example !

With mirrors folded I reversed blindly into a slightly-larger-than-Transit-sized entrance and the real day’s work was ready to begin. I had bags, I took boxes, linbins, plastic tubs and I was even packing indelible markers and Tupperware. What more can a man need for a day of van loading? Bad van loading, that is. As my host was the first to point out. 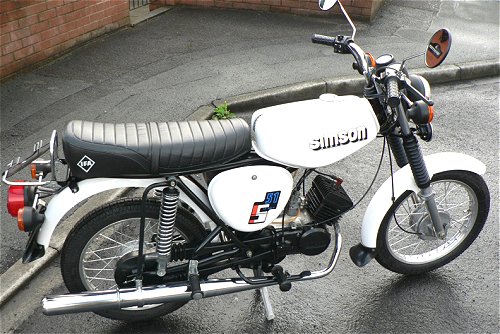 Upstairs in Barrie Rodger’s old workshops lurked the treasure trove I was actually there for. The largest single collection of Simson moped spares still in existence within the UK and it is down to the actions of the aforementioned characters that I found myself in that position.

In 1854 in a little town called Suhl in Thuringia, two brothers LÃ¶b and Moses Simson invested a 30% share in a steam hammer company, enabling them to produce carbon steel and subsequently gun barrels and armaments. But in 1936 due to the actions of one of my associates in complicity, notably the Third Reich, the Jewish Simson family fled the country and the factory was merged in trust to form part of the Berlin Suhler Waffen und Fahrzeugwerke. 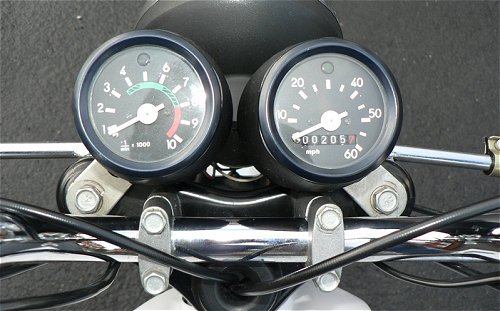 The direct result of this intervention was the production of the BSW 98cc lightweight motorcycle. Do you see where this is going now? The BSA link is going to take a bit of a leap of faith, but trust me on this; we’ll get there together in the end.

Post war, after a round trip to Russia and back, the Simson factory machinery eventually resumed post reparation production in Suhl, starting with manufacturing perambulators, bicycles and rifles for sporting use. They eventually resumed motorcycle production with 300,000 AWO425 model 250cc shaft driven motorcycles, subsequently settling down to serious moped production from the early 1960s onwards before liquidation in February 1992.

I decided that the best course of action was to set up a website and offer it up for sale. But, the problem I soon found was that people expect unreasonable things from spares suppliers. Notably that said supplier is actually able to supply the spares they need at this moment in time and not the spares they don’t really need. Good though those parts may be and extremely competitively priced, if I may say so.

And that’s how I ended up in Derby.

If you are going to do something, then I’m of the opinion that you should at least make an effort to do it properly and once I’d seen the stocks that Barrie Rodgers had for sale I knew it was a case of ‘in for a penny’.

And dear reader, that just about brings us up to date.

I think I’m pretty safe in claiming that I am the UK’s largest single supplier of Simson moped parts, holding stocks of items from complete frames to the smallest crankshaft woodruff key. These parts are gradually becoming available to purchase online via my www.simsonshop.co.uk website. 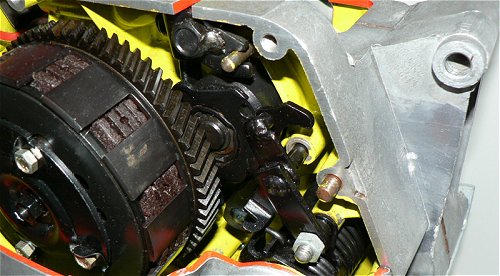 So for all those owners with an S50, S51 or S70, there’s really never been a better time to extract it from the shed, blow off the accumulated dust and debris and take a good look at getting it back where it belongs. On the road again.

I suppose that now I’ve finally vented my spleen via this article, I can’t really blame my associates in this strange series of events too much though. You see, collectively what they’ve given me is the perfect excuse to get myself yet another very large shed.

And I find that pretty much all things can be forgiven, when a very large new shed is involved.