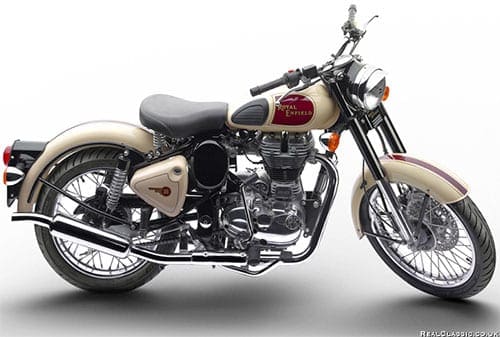 Royal Enfield has confirmed development of a technology centre based in Leicester-shire, designed to support their long term product strategy (it says here…)

The new UK centre will focus on R&D in partnership with a larger tech centre based in Chennai; no manufacturing will take place at the Leicestershire base.

Speaking about the announcement, Siddhartha Lal, managing director and CEO of Enfiled owner Eicher Motors Limited, said: “Royal Enfield continues to grow at a phenomenal pace and this year we have achieved our best ever sales of over 300,000 units. In 2015, we plan to manufacture 450,000 units.

“With a view to becoming the leader in the global mid-sized motorcycling, Royal Enfield will build two new technology centers. The larger will be at a new 4.5 acre property that we have acquired on Old Mahabalipuram Road in Chennai, and will be operational by Q2 2016; a smaller satellite center is being set up in Leicestershire, UK, and will be operational by the end of 2015. These technology centres will significantly enhance our capability to execute our long term product strategy.

Summarising Royal Enfield’s key highlights in 2014, Siddhartha continued: “Royal Enfield continued with its strategic focus on international markets, strengthening its presence in key markets like UK, Europe, US and Colombia in 2014.

“Royal Enfield launched its first ever exclusive store in London in May and recreated the historic Top to Tip ride in UK on Continental GT’s, to mark the launch. We also participated in several classic events such as the Isle of Man Classic TT in August and Goodwood Revival festival in September, where we previewed our despatch rider inspired gear collection.

“We also showcased our motorcycles and accessories at key European auto shows such as INTERMOT in Germany and EICMA in Italy.  In addition, Royal Enfield announced KSR Group as its new distributor in Germany. In France, Royal Enfield participated at the Wheels and Waves festival in May that draws surfing and motorcycling enthusiasts across Europe.” 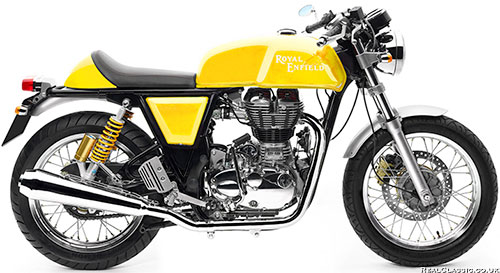