So when did the Post Office start using BSA Bantams to deliver telegrams? Paul Wood continues his tale of working motorcycles, from the 1930s through to the heyday of the BSA Bantam…

Before the 1930s, the Post Office had concentrated on sidecars for the bulk of their delivery rounds but the solo motorcycle was to make a return. When one remembers motorcycle telegram delivery, the popular BSA Bantam springs to mind but this of course was in the postwar years. Earlier, in 1933, some 12 BSA 249cc solos were placed into service at Leeds for the commencement of the motorcycle telegraph delivery service. These motorcycles were ridden by young lads between the ages of 17 and 18 years old. The 250s spread quickly to London, other cities and larger towns. By September 1938, 465 motorcycles, all BSA 249cc sidevalve solos had been placed into service for telegram delivery, although some of the original 1933 bikes had required replacement by 1936.

In contrast to this expansion, the heyday for the bike-and-sidecar combination in both postal and engineering fleets had passed. The GPO telephone fleet ordered a further 851 BSA 595cc between April 1933 and June 1936, but small vans, in particular the economical Morris Minor powered by its 8hp engine and with much more capacity for equipment and stores for the telephone engineer, were now considered more suitable. The 1936 order of BSA combinations purchased was the last. These BSA machines continued in service until July 1947.

It was the same story with postal combinations. The lids fitted to the sidecar were often left unsecured because of the sheer volume of mail for delivery on long rural delivery runs, and it was considered dangerous for this situation to be allowed to continue. A retired motorcycle postal combination rider, who only passed away last year, informed me that in the Battersea district of London he had to tie bags of mail to the outside of his sidecar! That would have been in about 1930. His bike was replaced by a Morris Van ALL413, which he affectionately nicknamed ‘all for one and threepence’. 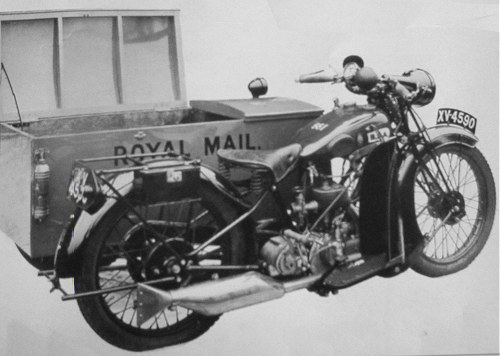 In addition many routes served areas which were either exposed to inclement weather or the route was considered arduous for a fully laden combination. These conditions led, in one instance, to representation by the Union of Postal Workers about the bad conditions at Kendal where three sidecar machines were based. A survey of all 1293 combinations used for mail delivery in late 1936 led to the replacement of a substantial proportion of the older combinations with Morris Minor mail vans.

So between March 1933 and October 1936, some 996 more BSA 499cc postal combinations were supplied. Much smaller numbers were purchased in 1937 and 1940, 150 in total of the BSA 499cc combinations. One emergency war time measure was the purchase of 50 BSA M20 500cc combinations in September 1942. Apart from a few cast-off army machines in wartime years and two post-war experiments, these were the last combinations purchased by the GPO, and those surviving the war saw little service afterwards. 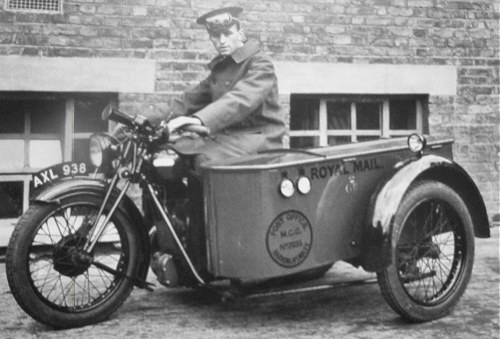 The use of BSA motorcycles for telegram delivery continued with the purchase of 400 of the popular BSA C10 model 249cc machines between 1939 and June 1941. A hundred 350cc bikes were purchased in June 1942. It was then, in the early wartime years, that telegraph delivery motorcycles in common with all other GPO vehicles were given individually numbered ‘Defense of the Realm’ certificates, presumably in case of attempted enemy occupation. 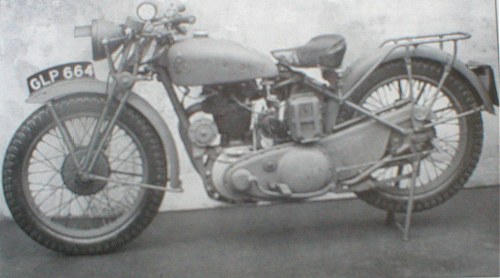 The need for machines for the ever-increasing telegram delivery service, particularly in London, led to the purchase of 40 BSA 250cc and 350cc solos in 1942 from the War Office and a further 19 from the Ministry of War Transport in 1944/45. The first postwar order for 100 BSA 250cc C10 machines arrived in October 1945 with a further 150 the following March to give much needed replacements for some prewar machines.

The first departure from BSA machines for telegram delivery was made after WW2 in 1947, when 22 Auto Cycles were purchased as experiments; some 3 Auto Cycles, 2 Excelsior Autobyk cycles, 5 Excelsior Super Autobyk cycles, 3 Francis Barnett Powerbike cycles, 3 James Delux Auto cycles, and 4 James Lightweight motorcycles entered service. The Francis Barnett and some of the James machines were registered with GPO registrations which were in general use in 1947. 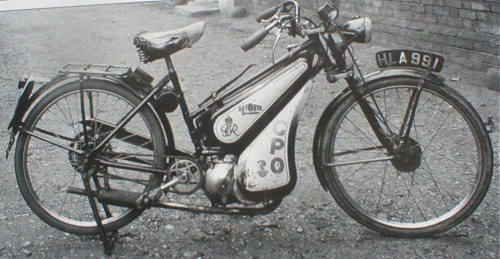 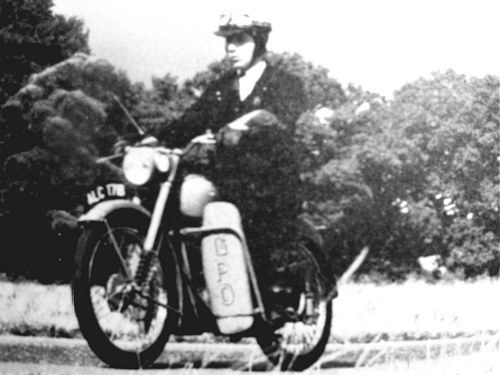 Then came the most easily recognised delivery motorcycle – the BSA Bantam in December 1948. The first BSA Bantam 125cc, registered JYY 934 frame number YD1 7051, was quickly followed by 49 sister machines. The Bantam became the GPO’s standard motorcycle and the Bantam, with a few modifications to frame design and engine capacity, continued in service to the end of the GPO existence as a government department. 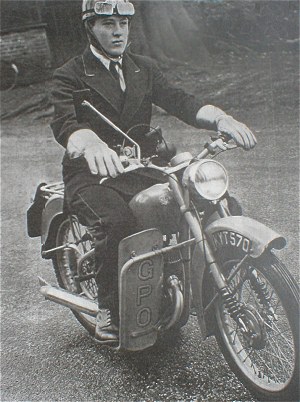 The GPO tried a few alternatives during these golden years of the telegram service delivered by BSA machines, a Corgi 98cc scooter and a further 75 James motorcycles of 125cc in April 1950.

The only post-war experiment with motorcycle combinations for postal work was an outfit purchased in late 1950, a Swallow Gadabout which had a short service life with the GPO and was broken up in September 1952. There is, however, an unusual listing of a BSA Bantam registration LUU 982 with a very vague description as a ‘postal combination’. Wonder what that actually was…?

The final installment: BSA lose their grip on the delivery business, other manufacturers fill the gap, and the working motorcycle goes out of fashion as the era of the telegram draws to a close…