Two new books about classic bikes are on the way; one for fans of world-class sidecar racing and the other about Panthers…

Panther Publishing produce a selection of books for the classic motorcyclist. As the company’s name suggests they started out producing a book in conjunction with the Panther Owners’ Club (‘The Panther Story’) but their range now runs to more than a dozen different titles covering all manner of subjects. Two new titles are due for publication in spring 2008 – one of which returns to the topic of Panther motorcycles and, as there’s otherwise a dearth of material on that subject – it will be very warmly welcomed.

‘Panther Since 1950’ by Steve Wilson is due for publication in February or March. You may have seen Steve’s detailed, six part history of the British motorcycle industry which was originally published by Haynes in the early 1990s and which has been out of print for some time. The new book reprints that section, making it available as a stand-alone volume for the first time.

Panther were one of those legendary British makes of motorcycle who produced limited numbers of surprisingly good machines. They outlasted many of the better known bikes of their day, finally ceasing

Buy it from Panther Publishing Ltd via this link and help support RealClassic.co.uk 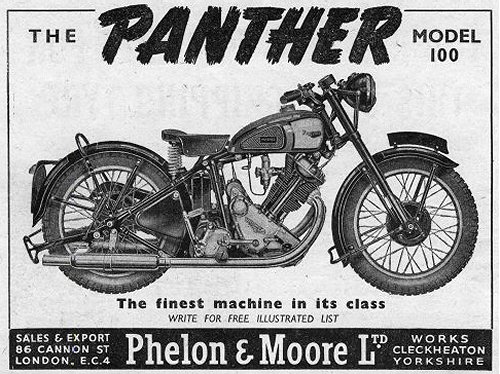 Panther Model 100 – “The finest Machine in its Class”

Then a few weeks later another motorcycling volume will hit the shops. ‘Hold ON!’ is the life and racing story of Stan Dibben, world champion sidecar rider. 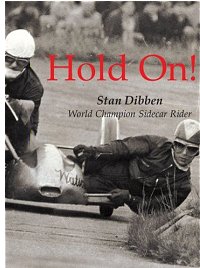 Stan started out as a baker’s boy, became a jazz trumpeter, electrician, and sailor – and all before his spectacular motorcycle career which included two world championship years with Eric Oliver and Cyril Smith in the 1950s. This book offers a fascinating insight into the sidecar racing of the period from a unique perspective: the sidecar at 150mph.

Stan also had a successful career with Norton and BSA, raced the first ever Dommie Racer, introduced NGK spark plugs to the UK, helped Donald Campbell and Bluebird to a world land speed record in Australia, and even designed a supermarket shopping trolley that steered like a Ferrari! ‘Hold ON!’ provides some intriguing insights into the motorcycle industry of the time and many of the characters involved with racing, records and the motorcycle industry.

His story is described as being ‘uplifting, and a remarkable insight into the world of sidecar racing and British industry. A book that will fill not just fill you with wonder, but one that will also open your eyes on a now rapidly fading era.’

Stan is now 80 years old but still fit and well, and he’s likely to be signing copies of his book at big shows this season.

Buy it from Panther Publishing Ltd via this link and help support RealClassic.co.uk