How did Japan’s motorcycle industry come to inherit the market position which the British bike business once held? Steve Cooper of the VJMC makes some suggestions…

If you had to single out one attribute about Japanese machinery which really inspires owners it has to be the technology that made the manufacture of these bikes possible. The Japanese approached motorcycle manufacture with a totally open mind and had no preconceived notions of what was possible, impossible, conventional or simply down right plain weird.

When Japan was first opened to the mindsets and influences of rapidly mechanising world in the late 19th century by western countries the new government rapidly sought to modernise what was an essentially medieval country. To this end they sought the best from every possible industrialised nation and this approach was to remain the norm for some 50 years. With the advent of the internal combustion engine Britain took a lead and, as they say, the rest is history.

If you care to look at a 1920s or 30s Japanese motorcycle you will see startling influences from our own iconic machinery. Overhead cam motors redolent of a racing Velo, lusty pushrod singles strangely similar to a Matchless or AJS; everything was analysed, studied and in most cases copied; there are even pre-war versions of Harley-Davidsons. After WW2 the process was, to a fair degree, repeated with the odd foray into novel designs as a postwar society struggled for cheap and reliable transport. Reliability was the key word and this was what drove the relentless pace to evolve better and more dependable machinery.

It’s very possible that this was motivated by the Japanese psyche and the national concept of honour. It was a matter of personal pride for each and every worker that their company was the best; no matter that they were individually only a small cog in a vast machine, each worker knew that their personal effort was pivotal to company success.

If you expand that on a national basis then you can see how it was possible for someone like Soichiro Honda to develop his company to a point where he felt he could take on the might of Europe; this wasn’t arrogance, it was an innate faith in his own company’s product. OK he took a wee bit of a bloodied nose at his first TT but his return to the Island marked the beginning of the end for the European domination of the motorcycle industry. 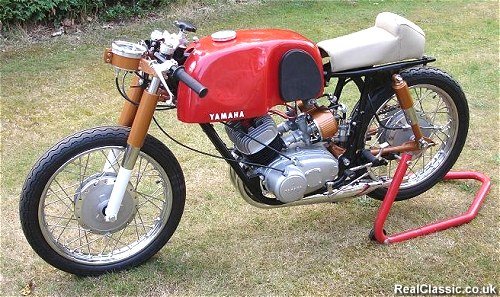 As soon as the other major Japanese players saw where Honda was going, corporately, they knew they had to be a part of this. Racing improves the breed, it’s also pretty good at making your opposition sit up and take notice. With the lessons learned on the track and fed back into R&D it was a relatively easy step to transfer this knowledge back to the factory floor and improve on current designs.

Where European companies were following a tried-and-tested organic improvement process the Japanese companies were rewriting the rule book on an almost monthly basis. If perceived wisdom stated four-stroke combustion technology couldn’t be improved above a certain compression ratio then the Japanese would investigate this and find out why. If there was a justifiable advantage to be had from a touch more compression they would adopt the science and apply it.

Bearing in mind that the earlier Japanese machinery was predominantly small end capacity wise perhaps the biggest revelation was the huge improvements in the bikes’ electrical systems. Even the most ardent advocate of homespun machinery would have welcomed the reliable ignition and lighting system that the Japanese equipped even their most basic machines with. It was to prove to be one of the most pivotal technological achievements from the Oriental manufacturers and one that was to open doors to accomplishment that even Mr Honda had never thought possible. 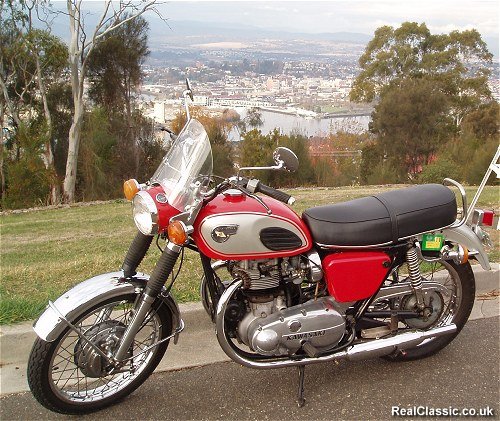