If you’re thinking of buying your first Japanese classic bike, then Steve Cooper of the Vintage Japanese Motorcycle Club has some suggestions…

Mention Japanese bikes to those of a different persuasion down the pub or at club night and you may often get some incredulous or disdainful looks. It’s not so much the hackneyed, loathing of machines from the Orient, the supposed bias for home-produced machinery or the irrational bigotry of the few.

No, for a lot of people it’s simply the fact that Japanese machinery is seen as expensive to buy and maintain. It’s so easy to tar all Japanese bikes with same brush, especially if you happen to be looking at some of the machinery perceived as ground-breaking. No one in their right mind would suggest a novice to the Japanese market should jump in with both feet looking to buy a Kawasaki Z1, an early Honda 750/4 or one of Mr Suzuki’s seminal early-70’s Kettles; that way lies madness and penury. The thick end of five grand and beyond is not the way to start. If you fancy dipping a toe into the pond that is Oriental machinery there are much cheaper options.

Honda TL125, seemingly unloved since it was new inthe mid-seventies 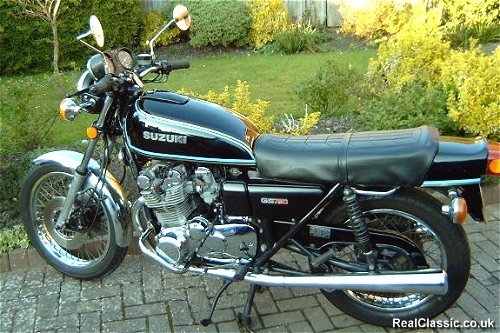 If you fancy going a bit more modern then why not look some of the apparently forgotten machinery? Suzuki’s GS 400/425/450/500 have an enviable record and the 500 was, until recently, still being made. Think Triumph 5TA, BSA A50 etc and you won’t be far off with their raison d’Ãªtre. If touring is your thing then a later Yamaha XS750 or 850 would fit the bill and tidy ones are often snapped up less than £600 with an MOT. A brief once-over and you could be touring Europe on a machine packed with character and enough grunt to take on the Alps. Almost any Kawasaki four is going to be a viable machine; after all the big K pretty much invented the concept of the UJM. 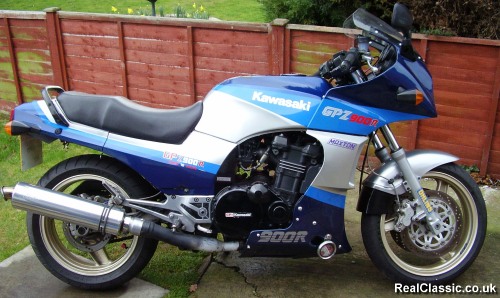 With a bit of homework a large air-cooled four can be acquired for less than £750. If you really fancy maxing out why not consider the ground breaking GPZ900R, the machine that turned modern motorcycling on its head? Close to mint, original, late models can be snapped up for £1500 and a well used but reliable GPZ900R with tax and MOT recently sold £500 — yes that’s five hundred pounds. With a reputation for longevity and more power than most of us will ever need you’d be hard pressed to argue that’s not a bargain.

Japanese bikes are expensive… I don’t think so!

If you’d like more info about Japanese classics then the VJMC would be pleased to help: www.vjmc.com