You might not want to rebuild your classic bike to standard spec, but sometimes it helps if someone else has. Karl Bentley’s BSA A50 may have been modified. Or not. Who knows?

Okay, I’ll admit it straight away, I was wrong.

There you are, I’ve apologised and I will never say mean and nasty things about rivet counters, trinket collectors and the ‘bring bike to a show on a trailer brigade’ again. Honest, cross my heart and hope to die.

Why this road-to-Damascus conversion? No, I’m not getting high on Autosol, not yet! In fact my opinion of the ‘show and seldom go’ chapter of our illustrious bike scene has been modified out of necessity, indeed out of despair.

For there I was, stripping down my aged BSA A50 a few weeks back when I encountered a nirvana moment. My bike was not original. Yippee! thought I. Now I can paint it any damn colour I like, as it has the wrong front end and side panels to boot.

But it gets better; or rather it got worse first.

After stripping down the front end, which turned out to be a much better, 1969 version of forkery (with improved dampening in not just one but both directions, hooray!), I dragged myself after a bit of gloating to the far end of the beast to remove its nether regions. I had suspected derelict rear wheel bearings, but with the wheel absent I soon discovered a certain freedom in the swinging arm that hadn’t come about from any social movement in the 1960s but stemmed more from a neglect of the grease gun.

So armed with my parts manual, factory manual, tales of woe from A65 owners and a big bottle of propane for heating purposes, I set to. I had expected to find some of those nasty rubbery bushes that BSA inserted and the rest of us detested due to their ability to hold on and on, even when shown the really big hammer. 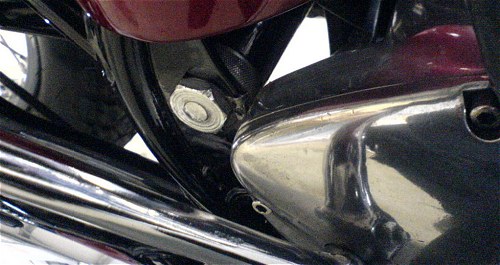 Enter the rivet counters. For you see at Ardingly there were several A65s from 1967, 68, 69 and 70 and they were mostly in pristine, never seen winter roads condition. Which meant I could lurk around them and figure out how the back end of my bike should dangle. Some were so factory fresh I could actually see where all the bits should go.

So there you have it, I was wrong, for without rivet-counters I would still be ignorant of the way of the BSA swinging arm, c1969, and its associated bobbins. 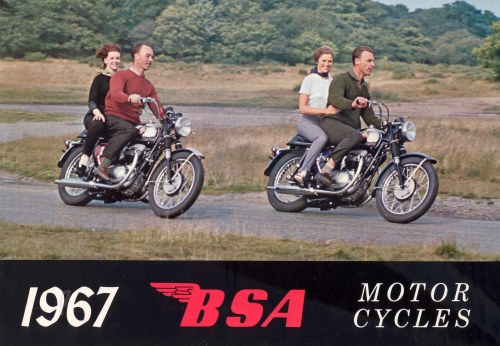