In the headlines this month: a Scott is saved, Triumph petrol tanks are available again, the Cylinder Head Shop returns to south-west London, Gordon goes to India and there’s just time to grab a TT bargain…

Don’t worry if you missed out on TT merchandise earlier this summer – it proved so popular last year that extra stocks were put aside in 2008 so you can ask for something extra-special for Christmas. Much of the TT 2008 range is available, carefully manufactured to an extremely high quality with dedicated attention to detail. Most items feature the official TT logo and embroidered thousands of stitches or printed using high quality inks which will wear well over repeatedly washes. All the TT T-shirts are also pre-shrunk.

The range includes TT high quality embroidered caps, designer T-shirts, heavyweight jackets and fleeces, all in adult sizes. Stocks are now limited however, so don’t be slow if you want to be seen in smart 2008 TT kit for years to come. It’s all available online at www.classic-motorcycles.co.uk

A 1930 Scott Flying Squirrel nearly came to a sticky end recently, but Footman James saved the day. Owner Bruce Moore learned all too well the value of proper insurance cover when his treasured bike met with an unexpected accident whilst in his garage. ‘I’d just taken it out for a quick spin and left the covers off it in my garage while it cooled down’ he explained. ‘I was outside in the garden when I heard a noise, went into the garage and found the lid had blown off a tin of paint on my garage shelf, which had then covered the bike from back to front in paint… It was unbelievable, I would never in a million years have expected it to happen!’

Fortunately Bruce had full insurance cover and Footman James were happy to restore his Scott to tip-top condition. Footman James now insures more than 50,000 bikes, and offers a range of policy options, from laid-up cover, agreed value, limited mileage and multi-vehicle. The broker recommends that even if you’re not riding your classic all year round you check out the benefits of laid-up cover. This ensures that your classic is covered at all times, even if it’s just parked in the garage. After the floods of recent years, even your garden shed might not be entirely safe… 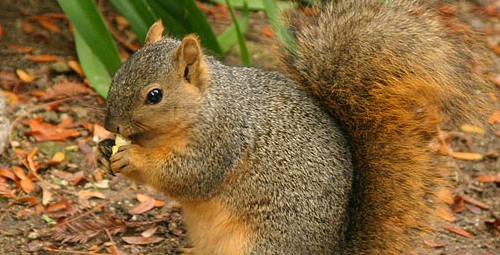 ‘I would thoroughly recommend that all bikers ensure their machines are covered at all times’ say Bruce, now reunited with his Scott. ‘Even when they are off the road, it’s not worth being caught out.’

You can get an online quote at www.footmanjames.co.uk or call 0845 330 8426 to speak to a real person. Please mention the RealClassic website!

These sleek new petrol tanks have just arrived at Skye Classic Motorcycles, to suit Triumph twins built between 1963 and 1970. You can order online for mail order delivery or arrange to collect your tank at an autojumble or event near you – Skye will be attending jumbles at Taunton, Cheltenham, Shepton Mallet and Stafford during October so you can pick up your kit in person. Skye also stocks hundreds of other spare parts for Triumph twins (and the odd Beezer bit, too). See www.skye-classic-motorcycles.co.uk or call Ged on 07885 269776 if you want to ask about a particular part. 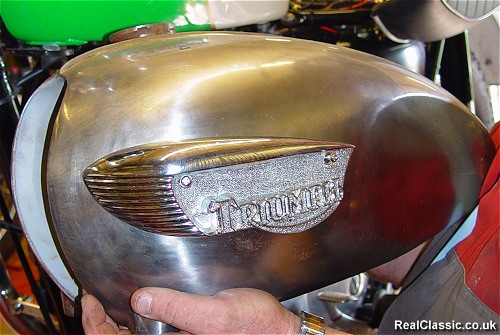 Royal Enfield author, Gordon May, called in at the UK head office of Royal Enfield last week at the start of his 8000-mile journey to the Royal Enfield factory in Chennai, India. He is tackling the journey on a Redditch-built 1953 500cc Bullet, and is making a film about his journey. On the way he’ll be facing harsh climates and tough terrain, especially in the Baluchistan Desert in Pakistan; language difficulties, border-crossing bureaucracy and what are generally acknowledged to be some of the worst driving standards on the planet. Easy going for an Enfield rider, surely?

Gordon is using the trip to help raise awareness for charity; ‘I have supported Wateraid for a number of years’ he says. ‘Their work is extraordinary. I find it abhorrent that millions of children die each year simply because they have no access to safe drinking water. And JBF is a Scottish-based charity run by volunteers. Their work involves educating street children in Delhi. Their approach is both inspiring and heart-warming.’ 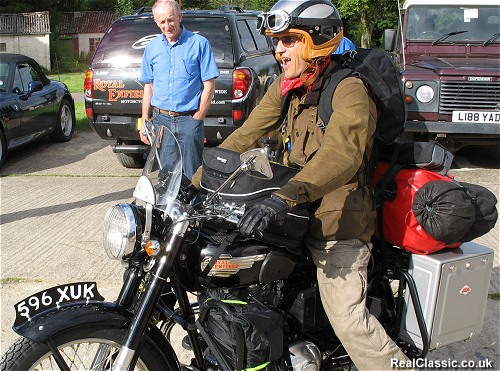 Gordon’s bike has sprouted several modern Royal Enfield accessories, supplied by UK importer Watsonian Squire, including sidestand, centrestand, crash bars and luggage rack. All the team at Royal Enfield UK wish Gordon well on his adventure and have asked him to personally deliver their best wishes to the workers at the Royal Enfield factory. You can follow Gordon’s progress by visiting his website: www.overlandtoindia.co.uk, and see more about the current range of Royal Enfield motorcycles at www.royal-enfield.com

Don’t forget the annual open day at Hesketh Motorcycle Works on Sunday 14th September 2008, at Turweston Airfield, near Silverstone in Northamptonshire. Amongst the attractions on the Sunday will be vintage airplanes, cars, bikes, stationary engines and local motorcycle dealers.

The factory will be open with staff on hand to answer questions and a possible sneak preview of progress on both the new Hesketh safety motorcycle tourer and the Cedos gentleman’s sporting model. The pig roast will provide fuel for the hungry and hundreds of folk are expected to attend to catch the Hurricane fly-by. Bring you own V-twin if you’ve got one!