What’s new in the world of classic motorcycling? A new sidecar especially for BSAs, classic racing at Donington, the Douglas Club hits the road and we unveil a scary pair of trousers…

Beezer Geezers Get The Chair

Unit Sidecars has developed a new sidecar especially to fit to the BSA A and B group of swinging arm machines. If you’re interested in sidecars at all then you’ll have already heard of Unit; they were founded in 1978 by Keith Wash (who’s also an RC Clubman of several years’ standing), and have in the subsequent 30 years created their unique leading link forks and suspensions system. Unit aim to produce combinations with beautifully crafted and engineered bodies and chassis which achieve the best possible standard of comfort, handling and safety.

For the summer of 2008 Unit have produced a sub-frame which fits to your BSA and the sidecar then fits to the sub-frame. This allows the sidecar to be removed with just four stainless bolts leaving the bike to be ridden solo. The style is reminiscent of the single seat sidecars of the 1950s, with a good tonneau, 16-inch spoke wheel (with steel or alloy hub), two-piece padded seat, and with the 10G steel tube under floor chassis electro-painted.

However, you don’t have to own a BSA in order to fit a Unit Sidcar; their Hedingham Sprite model can be fitted to many other makes of machine. With 30 years of working with sidecar enthusiasts, Unit Sidecars pride themselves on their commitment to develop products for the sidecar side of motorcycling. Have a look at their site (www.unitsidecars.co.uk) where you’ll see the current range of five models of sidecars and leading link forks for sidecar or trike use. If you’ve any questions about whether a particular model is suitable for your bike then the Unit staff will be happy to talk to you on 01787 461000.

The latest riding trousers from Draggin Jeans should prove to be doubly effective in keeping their wearers safe while motorcycling. These new and very orange Draggin Flame Camos offer all the usual protection we’ve come to expect from DJs, based around the Draggin Jeans Kevlar® Unobtanium lining which offers incredible abrasion, cut and heat resistance, while providing a soft and comfortable feel. On top of that, the Flame Camos must surely also act as a form of hi-vis clothing. How could anyone say they didn’t see you if you were wearing those trousers? 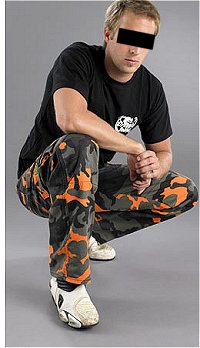 Classic riders may prefer to wear something a little less migraine-inducing, and there are plenty of other styles in the Draggin Jeans range to suit. DJs are ideal for summer riding because they’re much more comfortable and ‘breathable’ than traditional leather motorcycle trousers, but still offer a very high grade of protection in the event of an accident.

We’ll be trying their Draggin Oilskins over the next few months, because the Oilskins have unique water and weather resistant properties while still being soft to touch. Sounds ideal for the British summer! Oilskins come in a full range of popular sizes and naturally have Draggin Jeans Kevlar® Unobtanium in all the major crash points.

You can see the full range of DJs products at www.dragginjeans.net or call 01732 868200 to chat about sizes and so on.

This year’s 80th birthday event is designed to maintain the interest already generated, by keeping these unique machines to the forefront of the vintage and classic motorcycling scene.

With three overnight stops along the way, the Douglas team are hoping to meet fellow vintage motorcycle enthusiasts as they wend their way around the country. If you would like to see these machines or perhaps even join them along the way, the party sets off from Stow on the Wold Rugby Club at approximately 10.30am on Monday 30th June, riding west along the A425 and A44 towards Evesham and Worcester.

Pat Gormley, Cornwall Section Secretary of the Club, can tell you more about the Run; 01579 348542 or see www.douglasmcc.co.uk for general info about the Douglas Club. 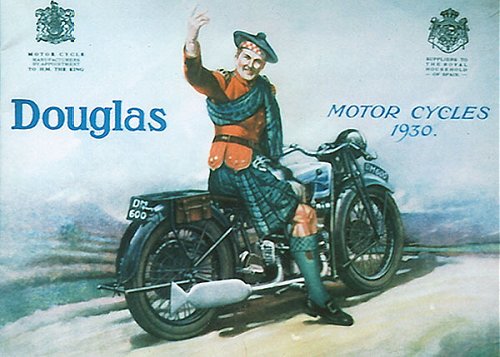 Race Along to Donington

If you prefer to watch sidecars in action on the track then make sure you’ve booked the weekend of 28th and 29th June 2008 for the CRMC Donington Park Revival Meeting. The CRMC advise us that entries for this meeting have arrived at such a pace that all but the sidecar races are now full to overflowing. For instance, there will be 60-odd TZ Yamahas lined up at the start of the Group 1 Period 3 races. The sight and sound of a completely full grid of TZs taking off should certainly bring back happy memories of the late 1970s and early 80s.

At the other end of the classic spectrum, the Lansdowne Cup for 1960s GP bikes is also full which along with IHRO and the UEM (European Vintage Championship) races bring plenty of variety to what is to be the biggest classic racing event in Europe 2008.

The feature events are also taking shape. Peter Williams will present a display of the bikes he raced in the past, like the Arter Matchless and JP Nortons, with some being paraded round the circuit. The Stars’ Parade (which takes place on Sunday) is headed up by Graeme Crosby on the Moriwaki Kawasaki (so you should expect wheelies!), and includes Steve Parrish, Stan Woods, Charlie Williams, Eddie Roberts, Austin Hockley and many other stars who rode at Donington when it re-opened in 1977.

The main race of the weekend, with a prize fund of £1000, is the Wheatcroft Trophy Race. Qualifying will be on Saturday evening with the race itself first thing after lunch on Sunday. The cream of the classic race scene will be invited into this event, riding bikes mainly from the late 1970s and early 80s era. At the time of writing, the CRMC knew of six or more TZ750s which expect to compete in this race. Stan Woods, one time team-mate of Barry Sheene in the works Suzuki team, will no doubt be showing the younger upstarts a thing or two on his RG500…

The action starts at 9am on both days, and admission is £12 per day. See www.crmc.co.uk for more details. 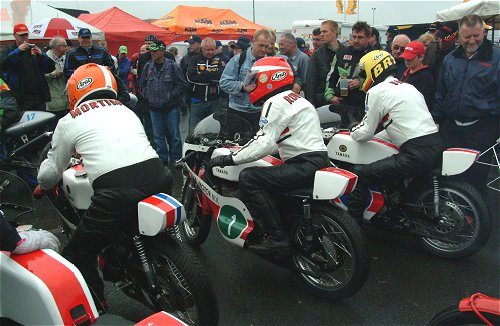