The new Royal Enfield Woodsman was announced at last autumn’s NEC Show, and now you can finally try one for size. There’s plenty of other attractions at this year’s Royal Enfield Open Weekend, too…

The organisers have promised that there will be even more to see and do at the third annual Royal Enfield Open Weekend at the Watsonian-Squire factory, situated in the heart of England, on Saturday and Sunday, 14th and 15th June.

Following the success of the previous events (and despite monsoon conditions and then floods) visitor numbers are expected to exceed 2000 over the two days this year. The weekend provides existing owners and those considering splashing out on a brand new classic with an unrivalled opportunity to view the current range of 500cc singles, including UK-only specials as well as factory accessories. 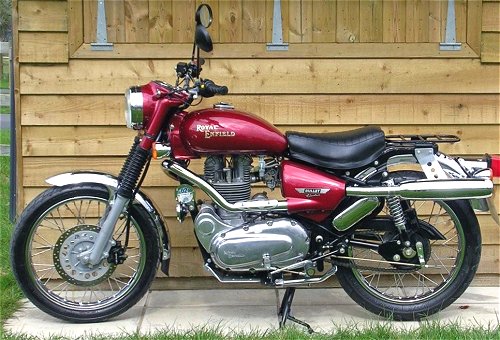 A fleet of demonstrator bikes is available throughout the weekend, with IAM guides to accompany riders around local roads, and there are sidecar rides and access to the historic sidecar factory too. Last year the IAM supervised over a hundred test rides each day and this year you’ll be able to try out one of the current range of lean-burn bikes, be it a 1950s inspired Classic, a sport-styled Clubman or the new Woodsman with its distinctive high level exhaust system, trials style bars and solo saddle. 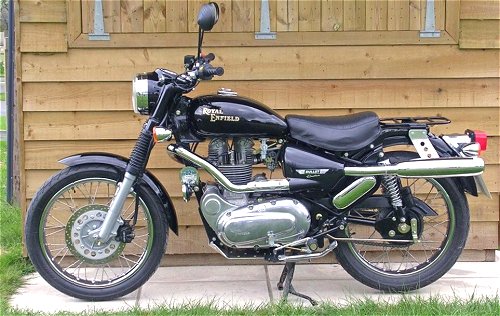 Like the others in the Electra range, the Woodsman is powered by the company’s modern all-alloy engine, with a 5-speed gearbox and electric starter. The traditional pushrod design means that owners will experience the characteristic feel of a British single, with plenty of torque combined with impressive fuel economy. The short sports silencer boosts power by 10% for brisker acceleration. The Woodsman is equipped with a handy rear rack and alloy bash plate too. Test rides are available on a first come, first served basis so be sure to turn up good and early because this model is bound to be a popular choice…

The third Royal Enfield Open Day will be held at Watsonian Squire, Blockley, near Moreton-in-Marsh on Saturday and Sunday, 14th and 15th June 2008. 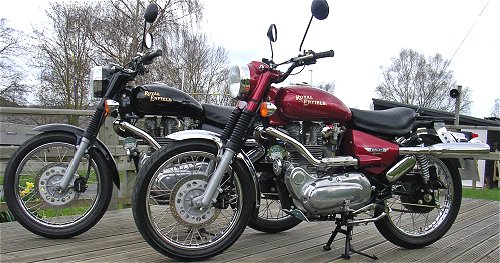 If you want to take a machine out for a test ride then you will need to bring both parts of your driving licence, a road legal crash helmet and adequate riding gear.