Ten days ago, a ground-breaking mass auction of 100 classic vehicles was launched. Has it been a rip-roaring success? Are there any last minute bargains to be had?

The original plan, cooked up by specialist classic bike dealer Andy Tiernan and Colin ‘Groovydubber’ was to auction 100 classic bikes, cars, autocycles and mopeds in one big lump through eBay over a single ten day period. Like any auction, online or conventional, the bulk of the list appeared to be made up of those bikes which have proved hard to sell any other way, with a smattering of high-end eye-candy to attract the big spenders.

As the week has progressed we’ve been unable to find more than 85 lots listed as part of the auction, so it turned out to be not-quite-100. After technical difficulties with the initial listings, they’ve been extended over an extra day so some will finish today instead of all wrapping up on Sunday. The bidding has varied across the lots, with some unusual machines attracting far more attention than was originally expected.

For instance, the handsome 1928 BSA Sloper inspired a dozen people to push the button and bid it up to £7400. That enthusiasm is obviously being fuelled by the fact that the 500cc Beesa has recently been restored to the tune of £9k – but it’s interesting to note that a similar machine sold last autumn at a conventional auction. That bike was in completely original trim and had a sidecar attached, but it had been in storage since 1948. It sold for £4000. This restored Sloper reached its reserve and is off to its new home soon. 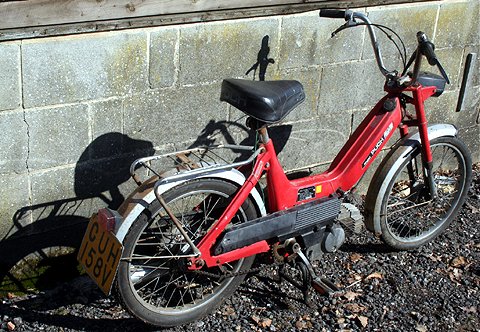 On the other hand, some machines in the online auction are going for a song. If Puch Maxis are your thing then you have probably migrated to Puch Maxi heaven. A 1979 example, good for spare parts only, eventually sold for £31 after a last minute flurry of bidding. 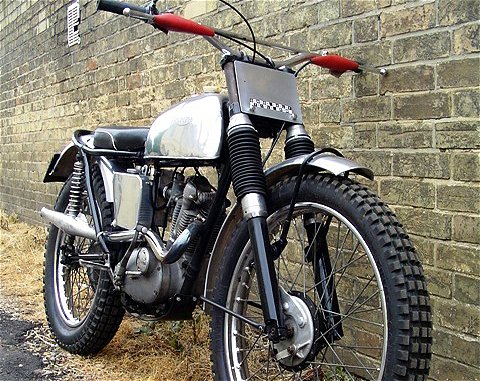 Meanwhile, one happy bidder might have saved himself a thousand pounds on a Trials Tiger Cub. The 1968 Triumph Comerford Special didn’t sell last summer in the showroom at an asking price of £3500 but it’s attracted just one bid to secure the £2495 opening price. Described as being ‘a very genuine machine that starts and runs well’ the Comerford Cub is one of only 50 specials built for the UK trials market – and you still see these bikes performing with aplomb at events like the Beamish Trial. The auction for this bike finishes just after 9:00pm tomorrow (Tuesday), so there’s still time…

So will this auction really have a lasting effect on the old bike market? If the bidding goes really wild in the next 24 hours, and more of the bikes sell for well over their reserve prices, then it might influence the thinking of many classic bike dealers. Selling via eBay and the internet in general offers a way of lowering overheads without maintaining a showroom with full time staff. However, for every machine which has been bid to extremes there is another which hasn’t reached its original asking price. 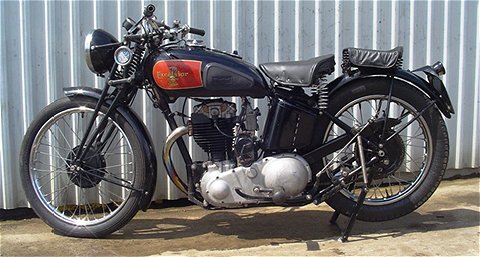 Take the Excelsior Manxman which has pulled in ten interested parties and the bidding is hovering around the £10k mark. The 1935 Manxman still has its original registration number, comes with a V5C and is in road-going trim. Bikes of this era are becoming increasingly popular, combining art deco appeal with modern(ish) practicality – if you can find one like this with girder forks and a rigid rear ends plus the extremely usable foot-change gearbox. No wonder it’s had 24 bids; we expect to see more by the time the auction ends this evening. 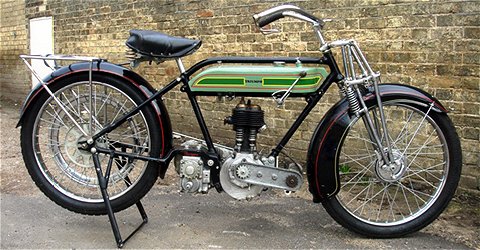 On the other hand, a 1926 Triumph SD 550cc flat-tanker has barely caused a ripple. This is an abandoned project; no documents, mostly complete and partly restored. Normally this kind of machine in this condition would be offered for sale at around the £3000 mark but although the SD has pulled in half a dozen bidders, they’re keeping it down to £1500 or so. At this rate it might not reach its reserve… 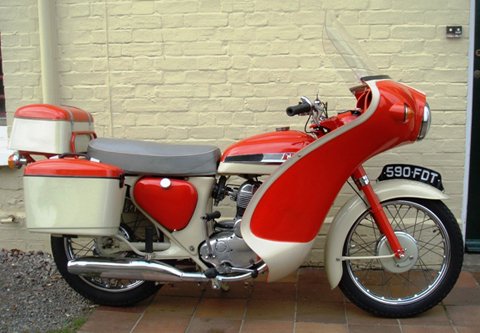 Other bikes we were watching were the delicious Norton Jubilee which sold for £2650 – no longer a bargain – and the headline-grabbing Vincent Meteor which eventually sold for £28k after a bidding flurry saw its price rise by almost £5000 in the closing hours of the auction. 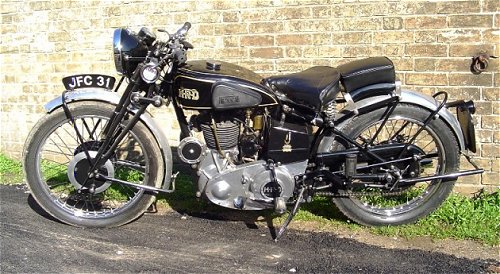 If anything, what this auction seems to be proving (yet again) is that popular motorcycles attract most of the attention and grab the big money. The ‘eBay effect’ works both ways – it puts obscure spares and unusual machinery in front of a big audience and (if the rest of the world is asleep at the time and if the seller has set a reasonable reserve) then there’s every chance that an astute buyer can grab a bargain. There are at least two old, bread-and-butter bikes in the RC Big Shed which have proved to be solidly good deals, both bought through eBay. But eBay is not the place to find a cheap Vin twin!

eBay also offers buyers a chance to get really carried away, caught up in the competitive bidding, which pushes up the general prices of very specific models. If the value of an object really is what someone is prepared to pay for it, then auctions in general and eBay in particular have inflated the value of all Vincents, Manx Nortons, Triumph Hurricanes and Norton F1s beyond what seemed reasonable a decade ago.

Overall, we do expect to see more dealers selling some of their stock through eBay in future, but we don’t think this one-off sale will truly revolutionise the classic bike marketplace. Many purchasers will still prefer to go to a dealership, drink a cup of tea, bounce up and down on a couple of bikes and do a deal on the last thing they ever expected to buy. It’s hard to see how eBay can replace that experience and, for most enthusiasts, old motorcycles are a touchy-feeley kind of thing.

Still, if you have a spare fifteen minutes this afternoon then it might be worth browsing through the remaining forty or so classics up for auction to see if any of them are still languishing at sensible prices. But if none of them grab your fancy then don’t despair: there will always be a sensibly-priced old bike for sale somewhere near you – try looking in our classified ads (www.realclassic.co.uk/classified.html) for a starter…