Grand Prix racer Chas Mortimer is the guest of honour at this Easter’s Ashford Show, which takes place on Bank Holiday Monday…

The evenings are drawing out, the sap’s a-rising (which is a slightly scary prospect in and of itself), and Easter comes early this year. Bank Holiday Monday falls on March 24th in 2008 and so that’s the date for this year’s Ashford Classic Bike Show. As usual, the Show will be held at Ashford’s Livestock Market, Orbital Park, Ashford in Kent (TN24 0HB for people who like postcodes), which is two miles south from junction 10 of the M20.

This year the Show promises to be another cracking display with some exceptional pre-1980 machines booked in already. It looks like the standards for the concours competition will be very high. Show entrants will also be entered in the Exhibitors Prize Raffle, and have the chance of winning one of the worthwhile raffle prizes as well as a prize in any of the classes their machine is eligible for. 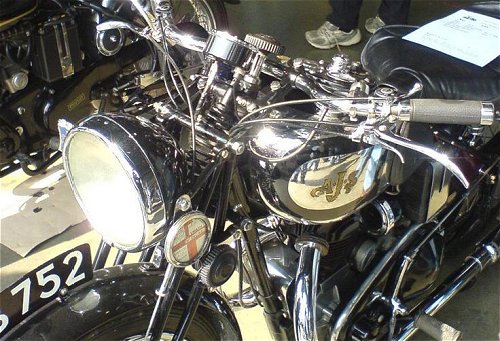 The Guest of Honour at Ashford is Chas Mortimer, one of Britain’s foremost Grand Prix contenders of the 1970s, and a name synonymous with great motorcycle racing. Best known for his World Championship exploits in the 125cc class as a works Yamaha rider, Chas also won an impressive eight TT races on a variety of machinery.

Chas Mortimer’s success began in 1970 when he won the Production Lightweight event, and during the following eight years he produced some superb rides on the Mountain Circuit which gave him victories in the Ultra-Lightweight, Lightweight, 750, and Junior races. His best year was 1976, when he won both the Production and Junior TTs riding Yamaha machinery. He was also one of the first riders to test Yamaha’s early water-cooling system in 1972. Among British riders, only Rod Gould and the late, great Barry Sheene won more GPs during the 1970s than Chas.

The venue for the Ashford Show is ideally suited for the event, come rain or shine. If it’s wonderful weather then the autojumble and crowds can spill out onto the hardstanding and grassed areas, and enjoy an ice cream in convivial surroundings. But if the weather is inclement then all comers can make full use of the modern halls and under-cover autojumble area. 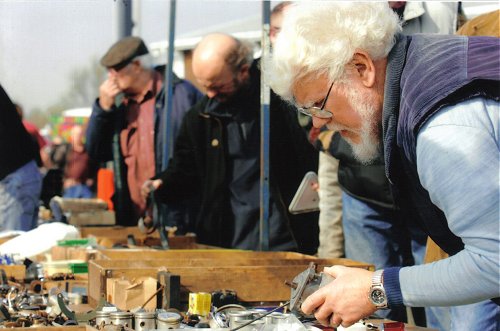 The all-motorcycle autojumble continues to grow, and there’ll be a good selection of stalls selling used and new motorcycle parts, complete motorcycles, tools, clothing etc. There’s also plenty of space for parking, the opportunity to sell your bike in the free-to-display bikemart, tasty refreshments and good facilities.

The Ashford Classic Motorcycle Show opens at 10 am, and admission is £5 for adults, £4 for OAPS and kids get in for free.