Pat French died this summer. Nigel Green says goodbye to the man behind the MRD-MÃ©tisse…

On 30th July 2007 Pat French passed away after a brief battle with cancer. Pat was a Devonian by birth but spent most of his life in the Bristol area where his MRD business was located.

Pat’s interest in competition motorcycles could be traced back to his days in Germany working in the RAF. Pat was an accomplished rider in both off-road and road race disciplines but his first loves were speedway and grasstrack racing. A measure of his modesty and sense of humour was demonstrated when he would say his road racing nickname was ‘John Wayne’, because he bit the dust so often! In Pre-65 events Pat would often ride the magnificently restored ex-Derek Rickman 600cc Matchless MÃ©tisse (on which Derek won the 1966 750cc Coupe d’Europe), and indeed Pat would regularly loan the bike back to the Brothers Rickman for use in Past Masters Parades. Pat’s riding skills were passed down to his daughter Tracy, who frequently rode an ultra light BSA Victor MÃ©tisse in Pre-65 events.

Pat French with an MRD Triumph

He established his Model Replica and Design (MRD) Company originally to specialise in the construction of aircraft models but this was to change in the early 1980s when Pat bought the ex-Rickman stock of MkIII and MkIV chassis building jigs from John Geall (a former Rickman employee) for the princely sum of £3000. Pat’s superb level of craftsmanship meant that his reputation quickly grew and by 1985 growing demand led to a move to a new workshop in Kingswood, Bristol. This coincided with his acquisition of the fibreglass bodywork moulds and the entire remainder of MÃ©tisse, CR and CRE spares from Rickman.

The boom in Pre-65 scrambling kept Pat very busy until the 1990s when the general economic turndown caused a levelling off in business. In the late 90s there followed a brief, unsuccessful business partnership, which failed to live up to his expectations. 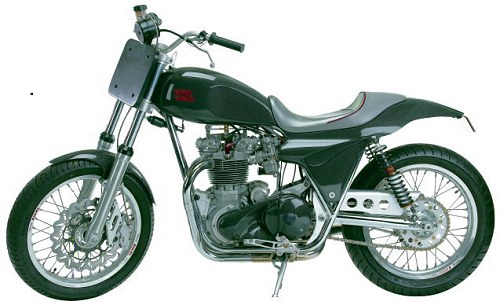 However Pat’s enthusiasm for building extraordinary motorcycles could not be suppressed and he went on to build some Harris replicas and was passionate about his own Jawa Harris on which both he and Tracy rode at the famous Red Marley Hillclimb. Then in 2004 he formed a new company with close friend Chris Loosmore to build limited numbers of exclusive road bikes, based on American flat track styling, utilising 650 Triumph and BSA Gold Star engines in an Arthur Harris-inspired chassis, with ultra-modern suspension and braking components. As ever the MRD Freemore bikes, as they were known, featured Pat’s stunning build quality and sharp attention to detail. 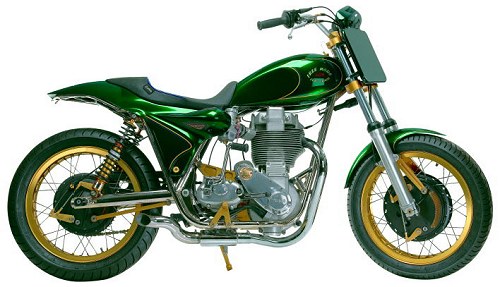 Sadly but perhaps unsurprisingly, Chris has decided that without Pat’s involvement the MRD Freemore company will not continue in business. However the legacy of Pat’s superb craftsmanship will live on in the 1000 or more frames that proudly bear the MRD logo around the globe.

Pat is survived by his wife Shirley, daughters Holly and Tracy and grandson Reef. Motorcycles were a huge and very important part of his life but he was always a family man first and foremost. 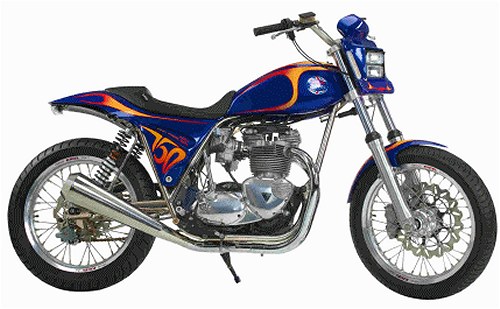