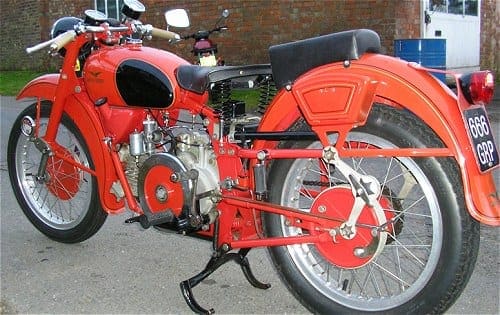 Classic specialists Rockingham Classics and Sports have added another string to their bow (or feather to their cap, if you prefer), and will now sell you a brand new Moto Guzzi…

It all started with an email. Mark, the proprietor of Rockingham Classic and Sports, emailed steamed editorial team with an invite to the launch of his latest venture. Unfortunately the area he is in might as well be on the moon it’s so far from RCHQ in sunny Cornwall. So I was asked if I fancied popping along for a look. There were two reasons for this; one is that I am only about an hour from Rockingham and secondly, as a Guzzi rider, I had small vested interest.

Rockingham Classic and Sports (RC & S) are a very strange (in a nice way) dealership. They sell spanking new Royal Enfields and now Moto Guzzis, but they also sell classic cars and bikes. There is also the added bonus of the coffee shop which opens on a Saturday and sells marvellous home made cake. But enough of cake and to the business at hand. 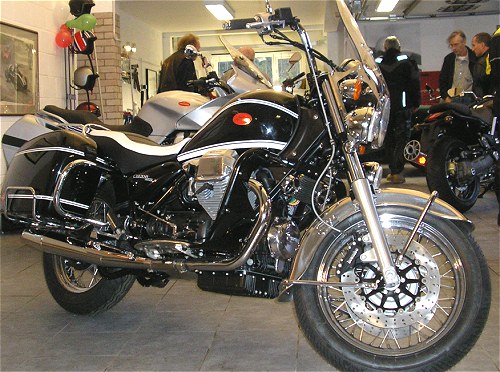 After a really horrid journey which involved the M11/A14 on a Friday night I eventually arrived and started taking pictures before the light went. There was already quite a crowd partaking of canapÃ©s (yes, you read that right) of an Italian flavour and drinks and generally milling around. On display was a good cross-section of the new Moto Guzzi range from the Breva 750 through to the Griso. My particular favourites were the Griso and the California Vintage, although the Vintage got a lot of interest throughout the time I was there so it could be a possible best seller. There was also a particularly handsome Bellagio in matt black paint.

Mark runs a very relaxed dealership and is happy for prospective customers to have a test ride, which was happening at various points throughout the evening. For Mark taking on the Moto Guzzi franchise adds to his niche market with Royal Enfields. It may seem a strange mix but both manufacturers occupy the same sort of area in the UK market. Both rely on classic looks and appeal, with both manufacturers making a big thing about heritage and the fact that the engines can be traced back a long way. Indeed the California Vintage is a prime example of this as it looks remarkably similar to a T3 California from the 1970s. 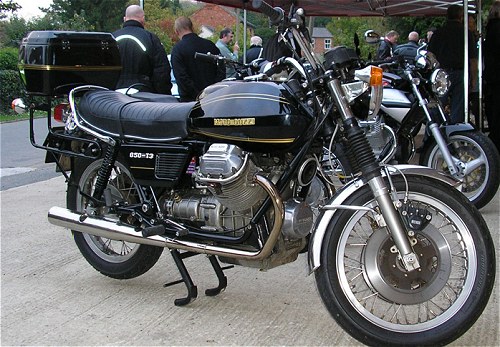 All too soon it was time for me to depart on my scruffy Guzzi (the Black Pig). As if to underline the point that I had been staring at younger, fitter models and she wasn’t amused at such behaviour, she refused to start on the button and needed a bump start. This was a smidge embarrassing… 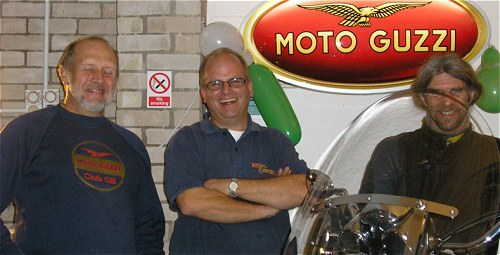 If you find yourself near Great Oxenden, Market Harborough drop in and have a look round. If it’s a Saturday make sure you have a coffee and enjoy the cake!

Thanks to Mark, Penny and Tony for putting up with me.

You can find them at:

And don’t forget to say Real Classic sent you! 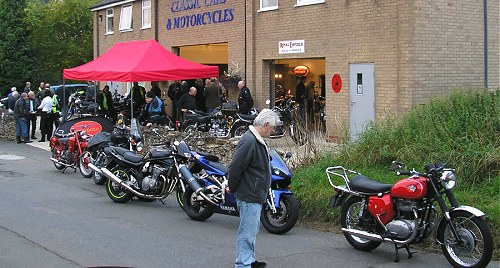