Wanna see the White Helmets, Solent Eagles, heaps of trade stalls and all the attractions which form Beaulieu’s annual Motorcycle World? We’ve got ten tickets to give away to RealClassic readers – so you could be going along for FREE!

As usual, the Beaulieu Motorcycle World weekend on June 23rd and 24th 2007 promises to be another action-packed event. Adult admission normally costs £12 on the Saturday and £13 on the Sunday, but ten lucky RealClassic readers will be able to get in for free – all you have to do is answer the question at the bottom of the page…

This year a brand new team is organising the weekend, promising to inject more ideas and even more attractions (including a broader range of motorcycles), so that the show truly lives up to its name. Motorcycle World features some of the world’s most exotic motorcycles – new and old – being put through their paces in one of the arenas, while off-road and grass track displays take place on the grass circuit featuring speedway, moto-cross and quad demonstrations. In addition to the bikes on the move, there will beautifully restored bikes just to view and collections to see – including displays representing MV Agusta, Moto Rumi, Kawasaki and The Kettle Club. 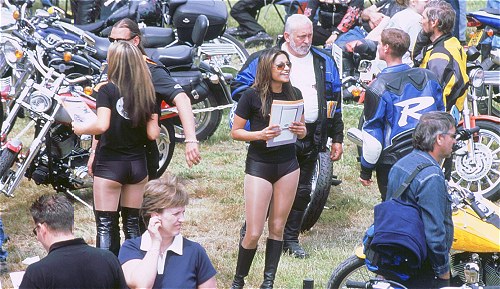 There’s a host of arena entertainment planned for the whole weekend, including the Solent Eagles display team which consists of boys and girls from 4 to 18 years of age riding machines from 50cc up to 250cc. The displays they give demonstrate discipline, control and timing, with an element of danger – like their breathtaking cross jumps, ever popular fast crossovers and the spectacular cross-over fire jump.

Or you can get right up close to the action with the Original Wall of Death – the oldest surviving wall of death in the UK. ‘Once seen, never forgotten’ say the promoters; ‘this is how motorcycle stunts should be – loud and dangerous!’ They promise death-defying stunts and tricks by some of the top wall riders in the country.

For fans of British classic bikes, the White Helmets will give their traditional, thrilling and disciplined arena displays on British Millennium Triumph T140-based 750cc machines. The White Helmets clearly show all the qualities of teamwork, courage, trust, strength and agility that are needed in the modern Army. In their immaculate uniforms, the team performs spectacular feats of balance, death defying crossover rides and outstanding acrobatics. 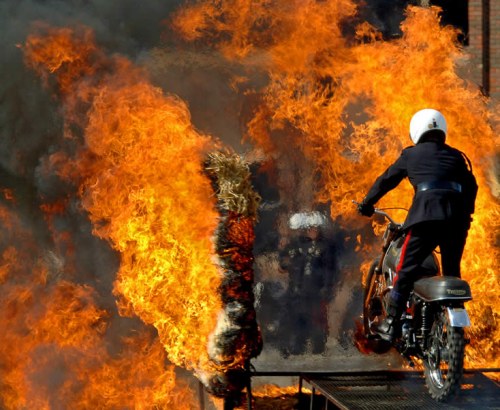 To see all of Motorcycle World for free, you just need to send us an email which contains the answer to this sneakily difficult question:

How many motorcycles are there on the cover of the current (May 2007) issue of RealClassic magazine?

Your entry must reach us by June 1st, when we will draw the winners from all the correct entries and TP will send your tickets off to you. (And yes… it’s not multiple choice! We’re making you work a bit harder, for a change…)