Time to fire up your classic bike and ride out to the first shows of the new season. Here’s how you can save money on admission at both Malvern and Ardingly in March…

If you pay any attention to the nuts-and-bolts of the show circuit (and there really isn’t any need for you do give it a moment’s thought, but plenty of RCers like to know about what goes on behind the scenes) then you may know that Andrew Greenwood bowed out of several of his shows at the end of last year, passing them onto other organisers. That’s because Andrew is now hosting a gigantinormously posh Classic Car Show at London’s Alexandra Palace, and he’s barely got time to blow his nose, never mind scuttling up and down the country every other weekend.

However, he has kept the Malvern Shows in his portfolio – and we’re delighted that Mrs Elk (aka Julie Diplock) has taken over both Ardingly events. As well as being a regular RC advertiser, Mrs Elk has been a subscriber since Issue Two – so she certainly deserves our support while she gets to grips with the Ardingly events.

We’ll be offering a new prize at each of these Shows, for the Best RC Clubman’s Bike. To qualify for that prize you’ll need to enter your bike for either Ardingly or Malvern and display it next to the RealClassic stand – and here’s how you do just that…

In keeping with Andrew’s expansion (we mean his events, not his waistline), the Malvern RealClassic Bike Show will be run alongside a super-duper extra event, Malvern Retro. This is a show and spares day for pre-1960 automobiles, and includes an auction of both classic cars and bikes. That’s on top of the usual bikejumble, trade stalls, club stands and classic motorcycle concours competition with prizes in over a dozen classes. Effectively it’s two-events-in-one, and admission on the gate is normally £6 for all adults, £2 for kids.

RC CLUB MEMBERS SAVE: If you are a RealClassic magazine subscriber then you should wave your little blue membership card when you pay on the gate, and Andrew’s trusty helpers will let you in for a fiver, thus saving a quid on the standard price. You should then proceed to the coffee stall, spend the £1 you saved on a white-no-sugar brew, and deliver it to the RC Crew inside the hall!

SHOW YOUR BIKE & SAVE EVEN MORE: If you’d like to enter your classic for the concours at Malvern, and can do so before Feb 28th, then you’ll get a pass which gives you an even bigger discount on the gate. Call 01484 452002 to enter your bike, or Email Andrew to enter the Malvern Show and if you’d like it to be part of the RealClassic display then tell Andrew when you enter

SELL YOUR BIKE AT AUCTION: If you’d like to enter your bike for the sale, then contact the auction house direct on 01584 811118

The Malvern Show is on Sunday March 11th 2007, and starts at 10am. You’ll find it at the Three Counties Showground, Malvern, eight miles from J2 off M50. 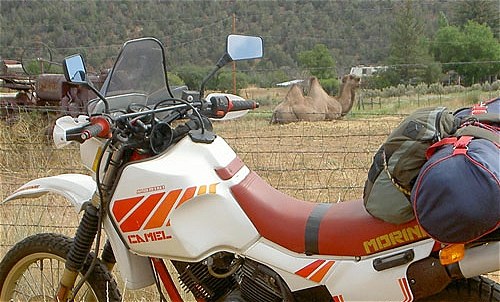 The South of England RealClassic Bike Show takes place at Ardingly which is about 15 minutes ride from Gatwick Airport. If you came to this event a few years back then you’ll be relieved to know that we don’t spend the day in a cow shed any more, but instead we lounge in luxury in the bright and shiny, heated new hall. Mrs Elk aims to pull in some new traders and clubs who you may not have seen at Ardingly before, and we can normally rely upon the local AMC and BSA boys to bring along some stunningly shiny machines.

The Ardingly Show is on Sunday March 25th 2007 and starts at 10am. You’ll find it at the South of England Showground near Gatwick, on the B2028.