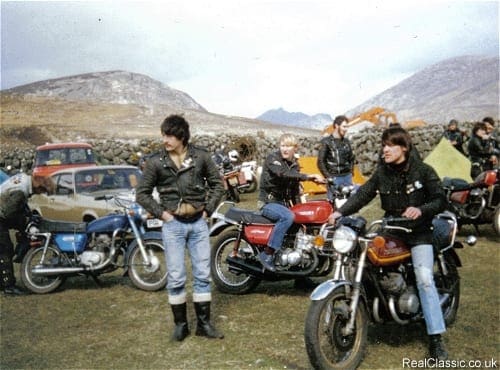 Ian Caswell recalls more of his early riding years at the Paddock, and one particular episode which became a local motorcycling myth…

As with all memorable summers, the sun shone, and clouds were few. Most importantly some of our number achieved 17 years of maturity and while some drifted away towards car ownership, others got themselves into debt buying the coveted Yamaha, Suzuki or Kawasaki 250 of their dreams. With this, the badge of ‘brand new biker’ fell away and we gradually edged our way from brief visits to being permanent residents of the Paddock. Better yet, rather than the hard cases that I had originally envisaged, all I found there were motorcycle nuts like those in the moped band but with a great deal more knowledge and experience.

There is at least one urban myth about the Paddock that still circulates in local bars. I know this because after a recent night out with his now middle-aged biking mates, my brother surprised me by recounting the story when I visited him. What I thought had passed to the realm of mere memory seems, like all good myths, to have developed a life of its own and to have grown with time and grey hair. But I know the less exotic truth, because I was there.

Let’s call the anti-hero of this story Boomer, to protect the guilty you understand, for he is now a settled family man and comes complete with a wife, a daughter and a caravan. It’s a daft name I know, but you should try finding one that hasn’t been used at some point by the myriad of souls who attached themselves to this place, and given the subject matter to be discussed here, I wouldn’t now want to attach stigma to any of the upright citizens that we have become. To this day, Boomer’s laughter is infectious, his sense of humour one that should be on the stage. Back in the day though, his easy-going attitude, like that of many others, stretched to the downright reckless. I’ll introduce you to him shortly.

I remember a hot and sticky summer’s day, a Saturday blast down the coast and then a return to the Paddock in the evening. There were five or six of us, voices and traffic noises carrying in still evening air as the sun started to set over the Antrim hills on the other side of Belfast Lough. Most of the normal crew had undoubtedly gathered here earlier, bike-less and bound for the bars and discos that made up our weekend nightlife. We few were still chewing over the days run and deciding what to do with ourselves, reluctant to give up the great outdoors for a dark and noisy club. In weather like this, there would be a gathering here anyway, and the ‘craic’ would be good.

The peaceful evening was disturbed as a bike approached, separating itself from the town’s background noise. A throttle blipped as someone braked hard, banked at the junction, then rolled to a halt in front of us. The small blue Yamaha RS100, the scuffed jacket and matt black helmet were instantly recognisable, and it was also obvious that Boomer was already somewhat under the influence. With exaggerated care that only highlighted his state, Boomer climbed unsteadily off the bike and pulled it onto its stand. A cigarette protruded at an angle from his mouth over the chin piece of his helmet, its length indicating that at least he hadn’t travelled far. Instantly, he was ribbed for riding in such a state, but he brushed us off, arms flailing, and headed for the bars. We could only watch on in silence as he tottered off.

Now during this province’s well publicised troubles we got away with many things (I suppose the police had other priorities), but despite attitudes that were more relaxed, drink driving wasn’t one of them. It wasn’t just the forces of law and order that disapproved of such behaviour either. We discussed Boomer’s condition and although our reasons were protective rather than punitive, we resolved to teach him a lesson. At first our discussion revolved around disabling his bike in some way to force him to accept a lift home rather than riding. The relative merits of locks were debated, but in those days none of us routinely carried one. Removing at least one of his wheels was also an option, as was hiding the bike. A wheel would be too easily replaced though, and in his state, we couldn’t guarantee that he would do the job well. Since we didn’t want to make the situation worse by making his bike as unsafe as its rider, hiding the bike was our only decent choice.

Although a 100cc Yamaha two-stroke isn’t a heavy bike, no one would want to carry one too far, so we looked around the Paddock for a suitable hiding place. Boomer had either to be unable to find the bike, or sufficiently deterred from trying to ride it home that he would give up and accept a lift. Hell, if he could just be persuaded to pass the keys to someone else, we would even bring the bike home for him as well. Simply moving the bike out of sight was not an option since when found, Boomer would just carry on his very merry way despite our protests. As solutions were passed around and rejected, an idea for the ultimate deterrent eventually came to the fore.

The flat roof of the shelters was relatively easily accessible. At occasions like Halloween, when the Council put on a fireworks display on the town’s old Victorian wooden pier, we and many others had often used the shelters as a place to get an unobstructed view. The roof was only around 10 or 11 feet high, and a sea wall just outside the fun fair that occupied the other half of our pier butted onto the building, providing easier access.

By this time a few others had joined us, so with two people on the ground, two on the wall, and two more on the roof, Boomer’s Yamaha was soon passed from ground level, to those on the wall, and then like an advertising sign for the Paddock itself, to its new parking place on the flat roof. Congratulating ourselves, we then sat back and waited for the show to start. 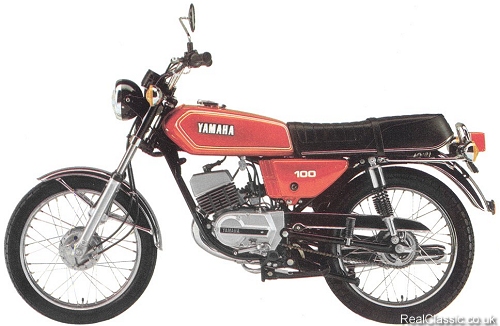 At kicking out time, Boomer duly appeared, tottering towards the place he had left his bike while keeping a close eye on the rest of us. Not a word was said. It was amazing how close he got to his ex-parking spot before a notion registered through the alcohol that something was wrong. The bottom half of his body appeared to stop before the top, disbelief replacing the happy inebriation on his rapidly whitening face.

Seconds elapsed with no movement. Boomer looked like he had just seen the Medusa and turned to stone. At first he turned slowly, as if he doubted his navigation and expected to see the bike just outside his field of vision. Another pause, then suddenly he moved again, upsetting his balance. Determination now showed in clamped mouth and as fixed a stare as he could manage in his condition. As he lurched off towards the rear of the building to check the obvious hiding places, he must have glanced up, and again he froze.

Then the air turned blue as we were collectively damned. Boomer stomped up and down cursing the world and our future offspring as a few brave souls broke off from his appreciative audience and tried in vain to break into his repertoire to make him see sense. But a 40% proof plan must have been forming and Boomer was not to be defeated so easily.

While Boomer was still drunk, the steadying effects of an adrenaline rush are not to be underestimated. The once staggering Boomer quickly made roof height, and we watched with amazement to see what he would do next. He checked the bike, then a slow repeated walk from it to the edge of the roof followed, Boomer looking downward each time to check the height. A slow realisation came over the audience that Boomer planned to jump…

Believe me; Steve McQueen’s famous stunt in ‘The Great Escape’ would have had nothing on this one. Boomer would have had to clear a pavement and a brick wall before landing on the putting green. The run up to the jump would have been 12 feet at best, and should he have managed to land safely, there was minimal space to allow him to control the bike and brake (on grass) before hitting another wall. His condition was unlikely to have helped either. 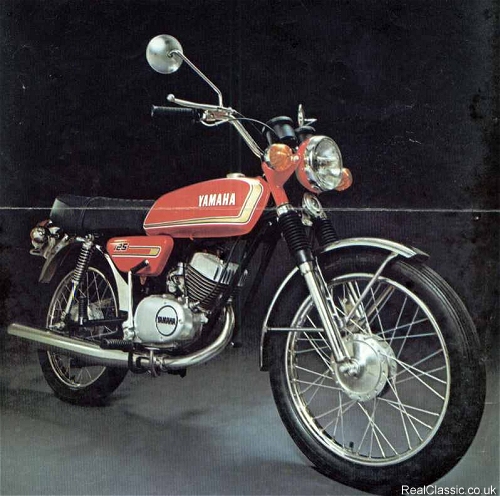 This is the point at which legend and truth part company. The inebriated wreck that was about to happen spurred us to action, but by the time a few of us had got onto the roof, Boomer was already sitting on the bike, the key was in the ignition, and he was donning his helmet. We surrounded him, although he protested and tried to push us away. Fortunately, in the confusion that followed someone had the sense to grab Boomer’s keys, and from that point on whatever plans Boomer thought he had were doomed. It still took a while for him to accept his defeat, but eventually we got him calmed, everyone returned to terra firma, then he and the bike went home separately.

In myth of course, Boomer made the jump, and since he is still here to tell the tale, must have slithered successfully to a halt with no lasting damage, and even got home safely without police detection or further incident.

Conveniently, fable makes no mention of how Boomer managed to get his Yamaha over the four-foot high wall that surrounded the putting green, for even if we had been uncaring enough to let him leap, we would still not have helped him clear this obstacle and drive home. Truth may be more mundane than the fiction that has grown around this story, but I’m certain that it provided Boomer with a softer landing than he would have had otherwise, and I’m sure too that his hangover the next morning would have been enough pain to deal with without any additions.

The years that have passed since may have tamed us, providing too much evidence of our limits and our mortality. That so many of us survived this reckless youth hopefully means that we gained a little wisdom along the way. That most still have bikes, must hint at the comradeship formed back then and at the enduring appeal of two powered wheels.