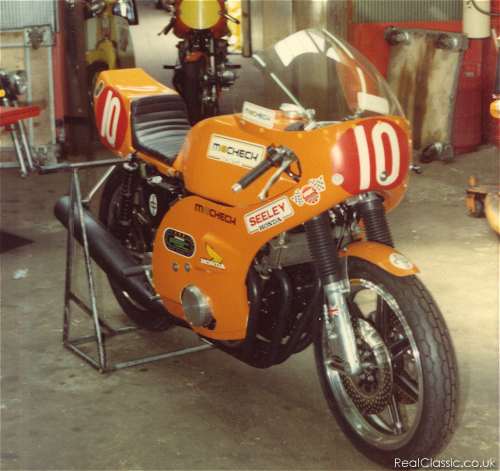 
In 1977, Mocheck’s racing effort moved up a gear with a genuine, factory-supplied RSC (Racing Services Centre) engine. Here’s the bike being prepared for its first test 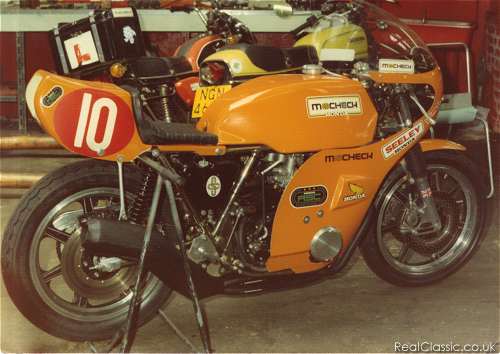 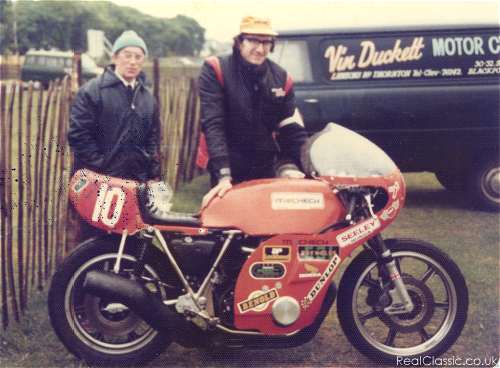 Race mechanic John Ryan supports the RSC machine during practice week for the TT in June, 1977. Tony Rutter would take the helm on race day 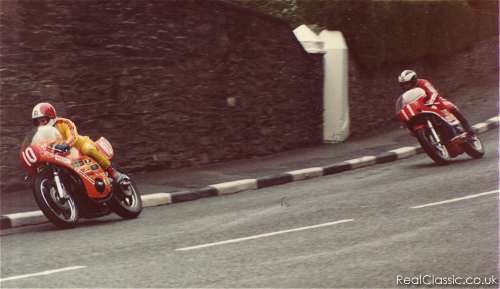 Tony Rutter on the Mocheck RSC machine leads Phil Read, the eventual winner of the Formula 1 race on the Isle of Man 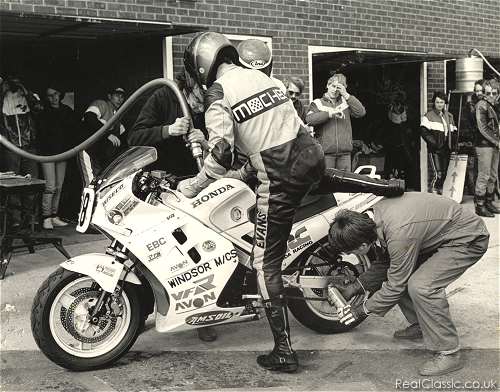 Mocheck also worked with other teams, including Windsor Motorcycles which was owned by Peter Rogers. Here the Mocheck rider Huge Evans clambers on board during an endurance race at Snetterton. John Ryan is refuelling the machine and the bike’s owner, Ian Tay, is the chap at the back with the can of chain lube 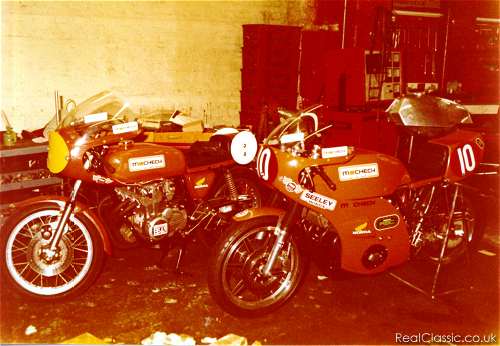 As well as the RSC machine, Mocheck continued to develop their own 400/4 racer 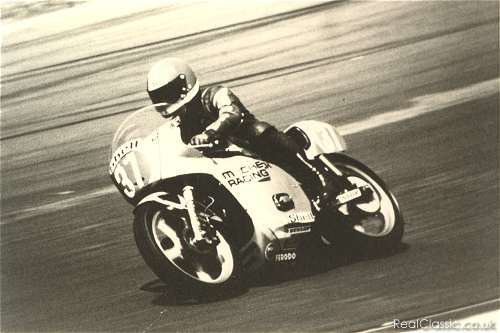 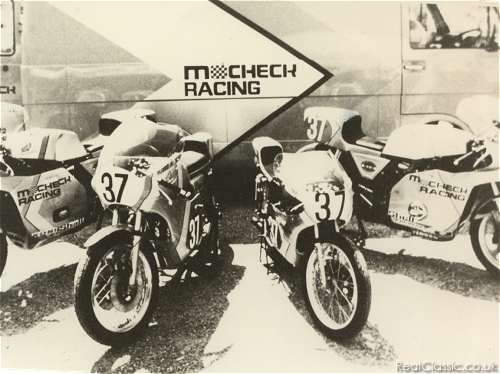 And here’s the team line-up from the same year