By 1976, Mocheck were enjoying enough success on the circuits that the company produced and sold a proddie race replica. John Ryan rode less and spent more time spannering, and shares a selection of his classic photographic memories of the era…


Race mechanic John Ryan and the four-cylinder Honda 900 at the Zandvoort endurance race in 1976. The Mocheck machine, ridden by Hugh Evans and Dennis Casement, was the highest placed private entry, and finished in tenth place overall 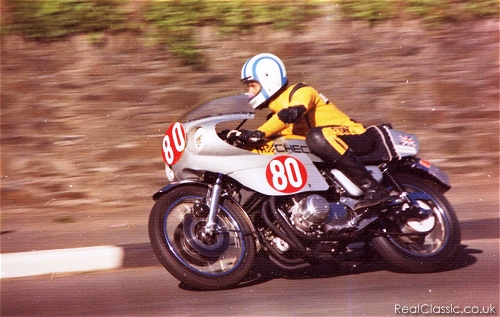 Mocheck campaigned the Honda 900 at the TT races on the Isle of Man in 1976 and were in with a chance of the win, with Hugh Evans in the hot seat. However, the clutch burned out at Bray Hill which put paid to any chance of a podium. 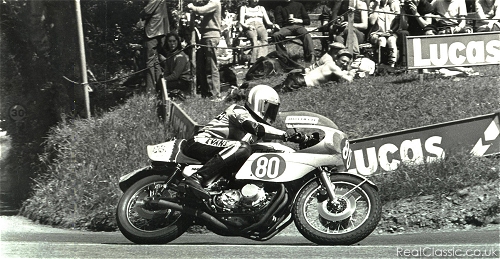 The team didn’t give up despite the problems; repaired the bike and finished the race but were well down the field 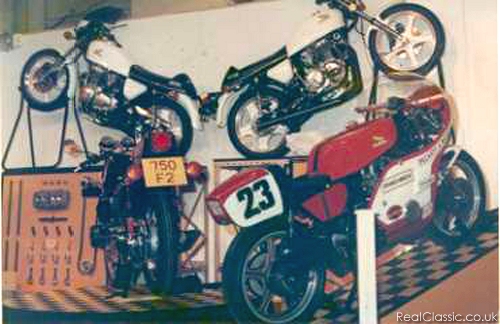 The Mocheck Harrier, a replica of the firm’s Honda racer, was launched at the Sporting and Racing Motorcycle Show in London. 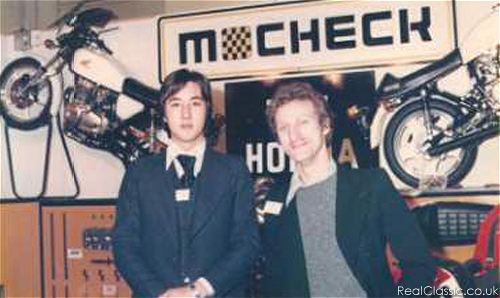 The hope was that the public would buy a replica of the Formula 2 TT machine; a Honda 400/4 fitted with the 460 Yoshimura engine kit, CMA wheels, black four-into-two-into-one pipes, a 2/4 seat and headlamp mini-fairing, all finished in… white 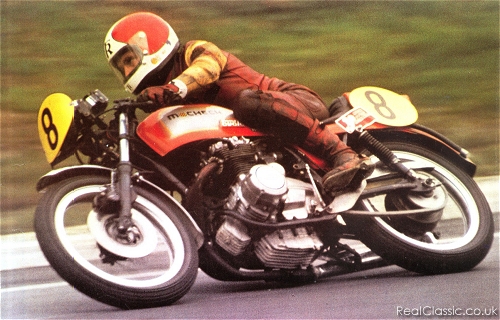 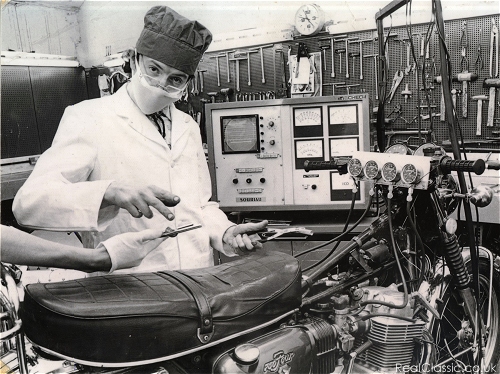 John Ryan poses for the camera to demonstrate the wonderful diagnostic machines available to the modern motorcycle mechanic in 1976. Indeed, Mocheck were one of the first bike shops to use the Souriau test station and to adopt Facom tools 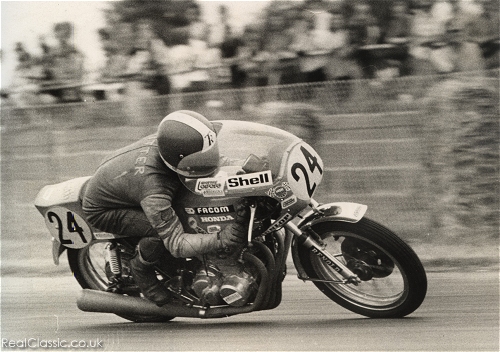 And here’s that man Tony Rutter again, in action on the IoM, 1976. His bike’s even wearing a Facom sticker – for a while, Mocheck’s workshop double as a demo showroom for the Facom rep