It’s not the most fashionable of British twins, but the 600cc Matchless has a lot going for it, says Neil Thomas of Classic Bike Provence…

Christmas came early last year for the folks at Classic Bike Provence, and Santa delivered a rather fine 600cc parallel twin in the shape of a Matchless G11. Sarah and Neil at CBP thought it was about time they offered a Matchless to ride alongside the BSA, Triumph, Velocette, Sunbeam and Norton machines which already spend their summers giving holidaymakers a great time. All the classic motorcycles in the CBP stable earn their keep by transporting travellers through the scenic byways of the French, Italian and Corsican countryside. These classics have to be ready to leap into action should someone decide ‘that’s the bike for me today!’ So it was just as well that the Matchless arrived in plenty of time for the 2006 season…

…because it was in need of some work before it could go on its first expedition. You know how it is when you get a new bike – a journey into the unknown! 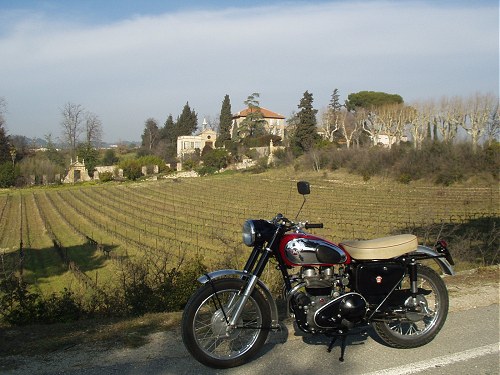 The G11 was a development of AMC’s 500cc twin; in late 1955 the Matchless G9 was stretched to produced the G11, while its counterpart AJS Model 20 became a Model 30. The new 600s shared a 593cc engine (72 x 72.8mm) running 7.5:1 compression, which output around 33bhp at 6800rpm.The 600s were something of a stop-gap model, replaced three years later in the AMC line-up by the 650 Model 31 and G12. As a result, the G11 is normally over-shadowed by its larger counterpart and many folk dismiss it. ‘They were interim machine that do not fall into recognised capacity limits and do not fit our accepted thinking’ is how one buyer’s guide dealt with the 600s.

However, these days the affordable and reliable 600s shouldn’t be discounted – FW reckons they’re ‘very pleasant to ride, with a generous spread of power and a distinctive style. They sound good, too. The 600 engine is fairly unstressed, proving little quicker but more flexible than its smaller stablemate.’ When new, a G11 would reach just under the ton, and the tweaked sports version was the first sports-roadster bike to travel 100 miles around MIRA’s test track within one hour. So, even 50 years later, a G11 should prove to be an entertaining ride for travellers in Provence. 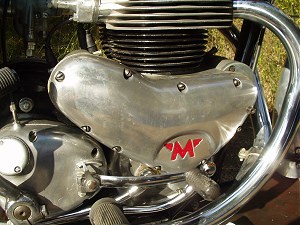 The CBP G11 had indeed been rebuilt but it was suffering from a major crankcase oil leak. Much cross-Channel correspondence ensued, with Steve the Toaster shuttling parts down to Provence and helping to wield spanners, while FW provided advice and the chaps at AMC Classic Spares came up with the correct spare parts. It transpired that when the engine was last re-assembled someone had left out a critical gasket – that never helps if you’re aiming for an oil-tight engine! 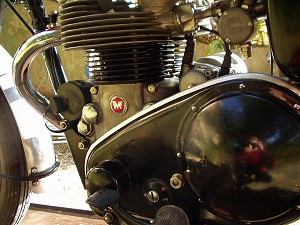 With the work complete, Neil could take the G11 for a shake-down ride – this was a moment of truth indeed because he’d not ridden a Matchless before, and he wanted to be sure that the bike was suitable for his holidaymaking customers…

‘I had the first ride out — some 25 miles cruising along at 40 to 55mph,’ reported Neil immediately after the ride. ‘This is the first time in two years the bike has been ridden and she ran beautifully. Lots of ‘firsts’ here as it was the first time I had ridden a Matchless… and my first impressions were very favourable. This is a machine which epitomises what classic motorcycling with CBP is all about. A relaxed riding speed, comfortable seating position, nice burble to the exhaust without being obtrusive, easy starter… and a great looking machine to boot!

‘I thought the gearbox was smooth and felt positive with no unexpected neutrals. The clutch was light and progressive with no slip or drag. The handling was a little heavier than some of my other machines — particularly the BSAs — but it instilled immediate confidence. I’ve yet to scrape the footpegs but give me a few more miles…!

‘It’s a smooth engine with no vibration to speak of either through the footrests, seat or handlebars (but then I was taking it easy for running in). The engine appears to be oil tight so far: thank goodness, because that was the reason for the strip down!’ 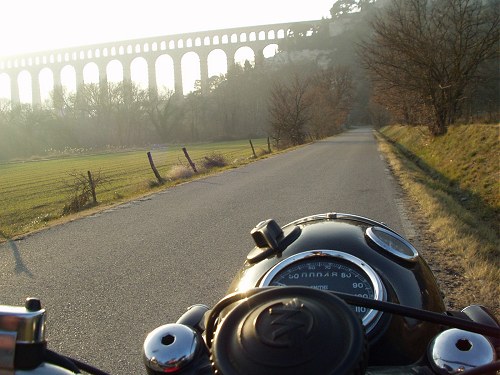 Neil finished the day by tightening down the cylinder head, then set off the next morning on the second leg of the shake down – a further 120 gentle miles. He discovered that, as with many AMC bikes of this period, the primary chaincase is prone to leaking (you can try to fix it until the cows come home, or chalk it up to be ing ‘one of those things’!), and noticed that a couple of the tank mounting bolts and rubbers had worked loose with the vibration. Nothing unusual there – which is why it pays to clean down the bike after a decent ride and just check that nothing has worked itself free…

However, there was something strange going on with the rear wheel spindle. It caused a speedo hiccup and when Neil took the spindle out he ‘found that the oil seal cup and washer were incorrectly assembled. Apparently this is a common mistake as in most rebuilds people logically fit the oil seal into the cup. This looks right but in fact is totally wrong! You learn something every day…’

So what does Neil think of the Matchless 600, now that he’s clocked up some more miles? ‘The good news is that she always starts first or second kick… most important. And I’ve decided the handling is NOT ‘heavy’ as I first described. The bike feels sturdy and robust, and so the handling is predictable and reassuring. Choose what words one will, but it’s unfair to say that it’s heavy!’ 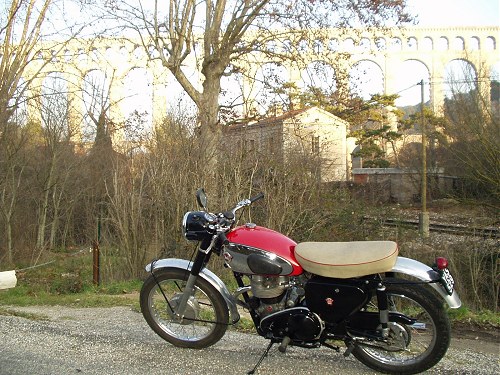 So the G11 passed its entrance exam, and is now a full time member of the Classic Bike Provence team. If you’d like to ride it – or any of the other classics, British or Japanese – in the CBP stable, you can contact their UK office on 0207 871 0471 or call 00 33 (0)442 287610 in France. There are plenty of tour dates remaining for this year – or you can try a classic taster, and get used to riding an old bike in sun-drenched splendour, without any traffic to distract you.