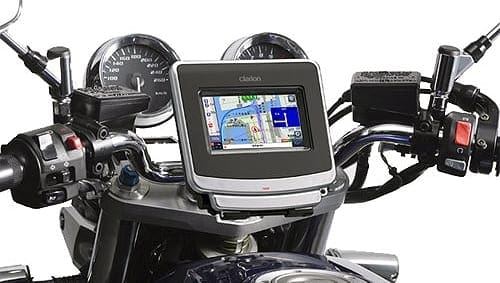 I ride and repair an old MZ combination (ES250/1 from 1958) and some Yamaha bikes including dirt bikes, and live in Austria. I am no native English speaker so not everything may be spelled right*. After reading Rowena’s opinions on GPS I thought there are some misunderstandings here. First of all, GPS is just a signal. It largely depends what your device does with it, and most of all what YOU do with it.

Being a map enthusiast I have a whole shelf of paper maps and use them frequently, still, and their numbers rise, still. But I also own at least four GPS devices. So why is that so?

I got in touch with GPS when it was little. The devices in the 1990s just could tell you where you were, and how far/in which direction your target was. And they could log your route in a breadcrumbs way. Which was great for my travels to the north African desert with its total absence of signposts or even noticeable topographic features sometimes. You had to copy the data to your map to work out where you were on the map (which was usually Russian, and did not match any Arabic or French signposts). This system was great for the desert but not very helpful for city traffic or a day trip in the Austrian mountains (other than having your trip logged for later use on the PC, or to know your REAL speed).

Stage two was to connect this GPS thingy (a Garmin GPS12 imported from the US) to a handheld device sporting a moving map software. So here we were: I scanned several maps, calibrated them, and on the screen I then had the map displayed – with my current position centred on the screen. What magic!

Due to the small screen and poor zooming abilities it was not good for route planning, etc, but at least you knew on the spot where you were, and where you turned off wrongly. And knowing your current position makes it much easier to navigate using your paper map in the tank bag, doesn’t it?

Things evolved, the handhelds got better and waterproof and shockproof and Windows, and the maps are nowadays mostly available over the internet, but that’s still the ‘moving map’ system I use for rough driving in difficult terrain, be it desert or Romanian or Slovenian or Greece dirt roads, where you easily get lost because there is an awful lot of roads, ways, lanes, paths — and the maps are very poor, and the signs are even worse.

This system works with PIXEL maps, self-scanned or downloaded or bought. So if you have something map-like which is of good quality (navigation wise, maybe a road atlas etc) and internet, you just scan and load that picture (png, jpg, tiff etc) in your software, find out the coordinates of at least 4 points (Google is a help here, be it maps or earth), and calibrate the picture as a map, then export it to your device.

The second system, and that’s the one which referred to as ‘GPS’ is a routing device or software like Tomtom, Navigon etc. It comes with vector ‘maps’ (it is more of a database to fit on the storage card or internal memory, hence the poor map quality) and has an awful lot of information linked. Average speeds on certain roads, location of petrol stations, distances etc, so you can use it for routing.

Depending on your settings (vehicle type, shortest or fastest route, no motorways etc), it calculates the route you want it to, and warns you before turn-offs, radar boxes etc and tells you your estimated time of arrival. You can use it as 90% of the users do and just follow the thingy. Which is good if you only want to get there fast without much ado.

For a nice ride you can use it differently. 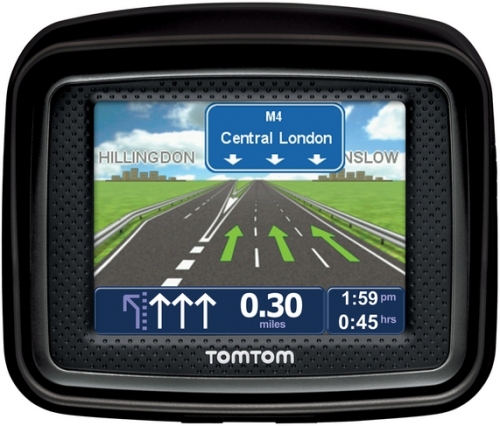 First, you do the right settings. Mine include ‘motorcycle’ as a means of transport, ‘no motorways’, and ‘shortest route’ instead of ‘fastest route’.

The first route offer is good for averaging the real road distance and rough routing and time to get there. I am normally surprised how good the estimate of the travelling time is. It helps for planning, if you allowed yourself two hours to meet a date, and thingy tells you without motorway it will take at least half an hour more. Because sadly I always found thingy to be right. You can win maybe five or ten minutes on a trip (pushing the limit, to get over the average the programmers used as a basis for their calculations) but never 30 or more…

So then, when I worked out my route on the paper map, I can add some targets into the routing thingy which represent my rough route, so it matches whatever route I had in mind.

Second: Thingy does not know you are there. If you just ignore it and turn off from its calculated route, it first thinks you went wrong and will try to direct you back, but then, if there is another route from your current position, it will suggest this new route. Which means it is adjusting, and always showing you a route to get to your programmed next target, no matter where you are. Automatically. If you get lost or you lost sight of your schedule, you CAN just follow the directions on the screen and it will get you there at the estimated arrival time. That’s a bonus in areas you do not know, and it makes decisions easier to just try a road that looks nice without really knowing it will get you anywhere.

Third: If you are prone to running out of petrol, just stop and ask the thingy for the nearest station – either along your route or closest to your position. A great help, I tell you, and it saved me from pushing the bike several times, because I would never have found that little petrol station in the next valley… The same applies to garages, supermarkets or restaurants etc (it is called POI, point of interest).

So. It all depends how YOU use your thingy!

*Andreas is being ridiculously modest. His English is just a touch better than our Austrian…