We’ve just received a press release about the launch of a new British Motorcycle Brand, complete with tantalising computer generated images of a range of Buell Blast based singles. Martin Gelder isn’t sure whether to laugh or cry…

In times of recession, good news is always welcome. We all want to hear that there is light at the end of the tunnel, that the green shoots of recovery are starting to… shoot, and that good times are just around the corner.

And what better way could there be to lift the spirits on a gloomy Thursday than news of a new British motorcycle manufacturer launching a range of svelte single cylinder bikes?

So imagine my delight when this email plopped into my in-box this morning:

“A collaboration between one of the UK’s leading motorcycle design studios, Xenophya Design, and Ellis Pitt has led to the launch of a new British motorcycle company called ‘Mac Motorcycles’.

“Ellis has collaborated with the team at Xenophya for the past 9 months to design a small range of lightweight, air-cooled singles using the 500cc Buell ‘Blast’ motor in a tubular backbone frame.

“Based in the small English town of Upton-Upon-Severn in Worcestershire, Mac Motorcycles plan to market this unique new range of motorcycles throughout the world. Bikes will be made in small batches for markets in the UK, North America and Japan, with customers in France and Australia in-mind too. Depending on your preferred specification and tuning options, you could expect to buy any one of these bikes for between £8k and £10k.”

Ignoring the dodgy names (“What are you riding these days?” – “A Mac Spud”) and the use of an engine from a bike famous only for its unreliability, I eagerly clicked open the Zip file full of images. 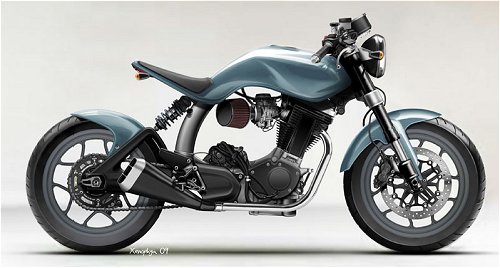 And I have to say I was impressed. These aren’t the usual Chinese 125cc clones with a sticker from a long-defunct but once proud British marque Blu-Tacked onto the tank by a quick-buck importer hoping to pile ’em high and sell ’em cheap. These bikes look pretty cool.

Suddenly, all I can see is the Norton Nemesis and the countless other British “World Beaters” that litter the years since the demise of our once great motorcycle industry, each one increasing our collective cynicism as they fail to ever make it to market. 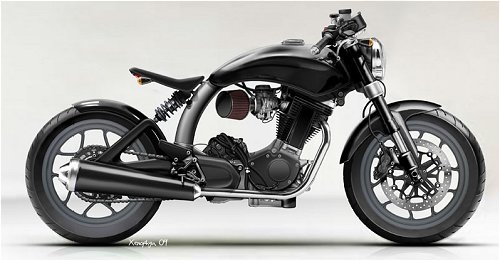 John Bloor got it right. The first time most of us saw the Hinckley Triumphs was when they were launched at dealers up and down the country. We saw real bikes, bikes with engines that ran, bikes with legal exhausts, and mirrors, and seats you could sit on. Bikes that existed in real life, not just on a screen. Bikes you could buy, bikes you could ride.

Everyone else – before and since – has been wasting our time. I really like the style of the Mac bikes, but I just wish they’d waited until they’d at least made some sort of prototype that moved under its own power before tantalising us with these sketches.

Ask for a test ride or put down a deposit here: www.mac-motorcycles.com 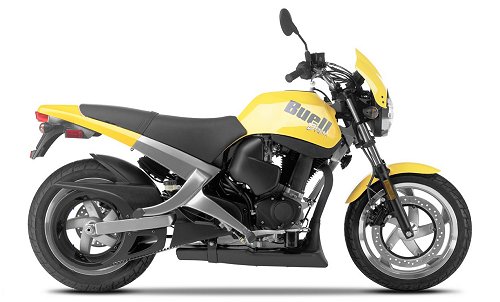 Buell Blast. I have no doubt that Buell would rather have made a bike that looked like one of Mac’s designs, but by the time they’d added all the functional and practical stuff needed to turn a concept into a vehicle which could be manufactured, this is what it looked like.