What did lads get up to, back when BSA Bantams were the motorcycle of choice for youthful despatch riders in the City of London? Daniel Hicks spins a story which might have a sniff of the truth in it…

The old man paused and craned his neck as he approached the ancient Egyptian monument. For so many years he had intended to return to this spot, and now he savoured the moment. He climbed over the low wall – not quite as effortlessly as on his last visit – then crouched at the base of the monolith to examine the brief inscription. Perhaps in centuries to come future archaeologists would speculate on the meaning of this enigmatic etching. Yet he alone knew its implications.

He stood and watched the lengthening shadows on the river, the same river that had flowed here since time immemorial. He imagined the scene on this very spot all those years ago: young men would congregate here while the sun was at its zenith. The gathering, as strange as it was unpredictable, would last for an hour or two. And then, at a predetermined time, they would scale this same wall, clamber onto their BSA Bantams and roar – all right, splutter – back to the sorting depot.

As a spotty school-leaver he had taken a job in a City law firm, not far from where his friend, Mick, had embarked on a promising career in the print industry. But Spotty and his friend soon noticed that there was another, more exciting way of earning a living.

As early as the late 1950s, despatch riders were a common sight in central London; none more so than those working for Liscot, a delivery service for the advertising trade. The fleet of Bantams was painted mud brown, in stark contrast to the colourful characters that rode them. Spotty was first to join the team, followed soon after by Mick.

As soon as the riders had completed their morning deliveries they would head towards Cleopatra’s Needle (weather permitting) on the banks of the Thames. Here they would spend a leisurely hour or two eating lunch, propositioning the passing females, strolling to the ice cream van or competing in impromptu games, such as trying to throw each other into the river. And at two o’clock there would be a mad rush back to base to collate their afternoon rounds. 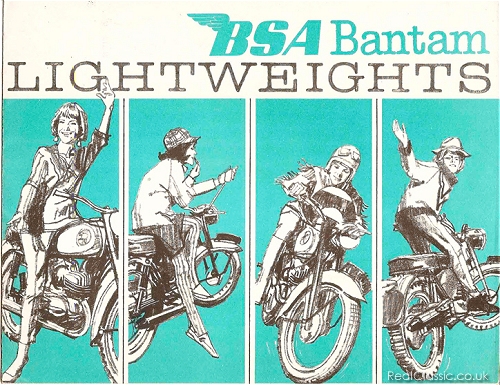 Spotty and Mick slotted easily into this new work environment, especially as they were allowed to use the bikes for ‘domestic and pleasure’ purposes. The insurers might have been surprised at their interpretation of this clause. Their trick riding displays soon became a favourite feature of Sunday morning entertainment in London’s East End, with audience participation involving up to five people on each machine.

It is not widely appreciated what an excellent wheelie bike the Bantam can be. To achieve this trick you must put it in first gear, then, with the clutch disengaged hold the throttle wide open until you reach peak revs (this shouldn’t take more than a minute or two), release the clutch and hang on. Spotty’s baby sister, Marion, would scream in anger at not being allowed to join in the wheelies, but she could be placated by being taken for a ride in the parcel box.

Spotty soon earned the nick name ‘Mad Ginger’, so as not to be confused with the other redheaded employee. This was down to his enthusiastic riding style, which led to a catalogue of smashes and near misses. One such near miss occurred as he was riding down a narrow street off Smithfield Meat Market. An articulated lorry was reversing into a loading bay and he calculated there would be just enough room to squeeze between it and the kerb by the time he reached it. And there would have been… had the lorry not stopped and started going forwards again.

Spotty shot through the gap with one leg shield scraping on the kerb and the other one against the lorry’s front bumper. He considered going back to apologise. The driver would probably say something like, ‘Gosh, you gave me quite a start.’ But then again his reaction might be more drastic. No, better give it a miss.

The pinnacle to Mad Ginger’s career came when he was sitting at a red light and an Evening News van stopped alongside him. The driver got out and leaned against the bonnet as he stared in disbelief. ‘Flipping ‘eck,’ he said (or something like that). ‘Are you still alive?!’

Mad Ginger could feel his chest swell with pride. He was being recognised in the street by a completer stranger – now he knew how Elvis Presley must feel. But it wasn’t just the van driver who noticed his talents and The Establishment showed its disapproval by depriving him of his driving licence. This didn’t keep him off the road completely however, as he took a night-work job in a local factory so was able to use Mick’s Bantam to commute, returning it the next morning in time for Mick’s departure. Well, it seemed such a waste of resources otherwise. 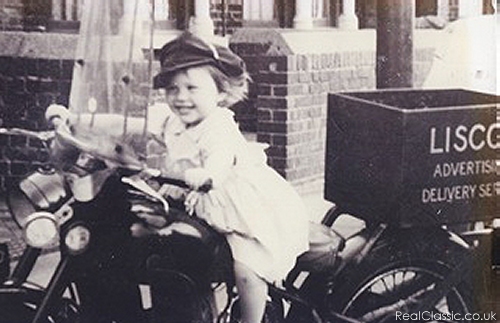 I wouldn’t incriminate Mad Ginger by revealing his real name, but if you’re ever in the vicinity of Cleopatra’s Needle you could possibly find his initials scratched somewhere near the base – dated some time in summer 1960…