It’s bike show season, so we sent Martin Gelder off to bounce on the seats and twist the throttles of the latest retro twins from Kawasaki and Honda. We do this so that you don’t have to…

Kawasaki’s W650 air-cooled single overhead cam twin has become something of a cult bike in the UK and America, despite only being officially imported for a few short years. It’s remained on sale in Japan in the shape of the W400, and now Kawasaki have brought out an updated version which is set to be launched in the UK next spring.

And judging by the reaction of visitors to the Motorcycle Live show at the NEC, it’s going to be a very popular model. Avaliable in March, for about £6,700 including VAT. 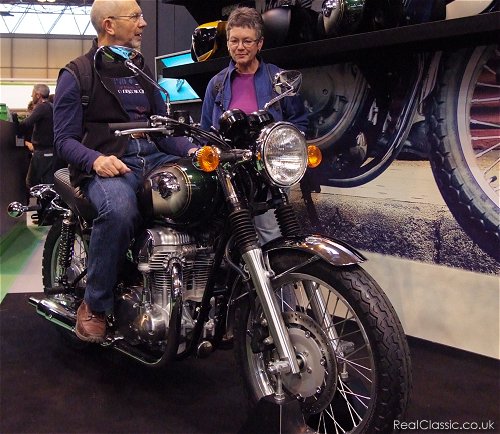 Its closest competitor is probably Triumph’s Bonneville (the new Hinckley one, not the old Meriden one) but the Kawasaki appears – at first glance, anyway – to be a more thought-through design. It feels more integrated, less compromised than the Triumph. 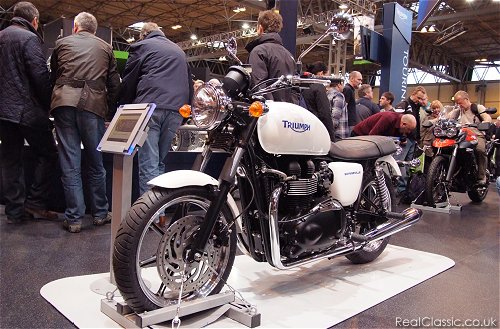 If the Bonneville looks a little staid, perhaps slightly workhorse-ish, then the Kawasaki looks lighter and brighter. The proof will be in the riding, of course, but judging by the amount of interest in the single W800 they had on show, Kawasaki are onto a good thing. 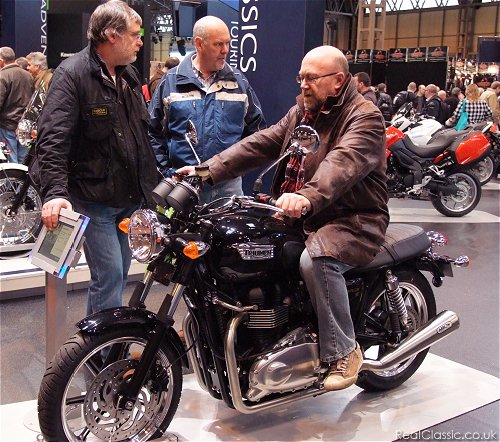 Honda have also recently launched a retro style twin, the VT750S. It’s a liquid cooled vee-twin roadster version of their smaller cruiser; a Honda Sportster, if you like. 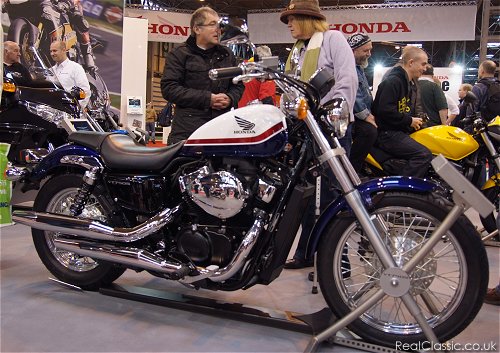 All very nicely put together, but with a tiny pillion seat that’s very un-Honda; you might meet the nicest people on a Honda, but you won’t be taking them home with you. If you want a Sportster, get a proper one. 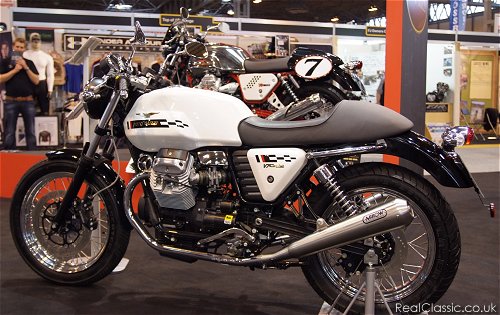 Moto Guzzi announced a blinged-up version of the their cafe racer V7 Classic, but I think the understated simpler version is much nicer. Less is frequently more, particularly when it comes to sporty Italian bikes. 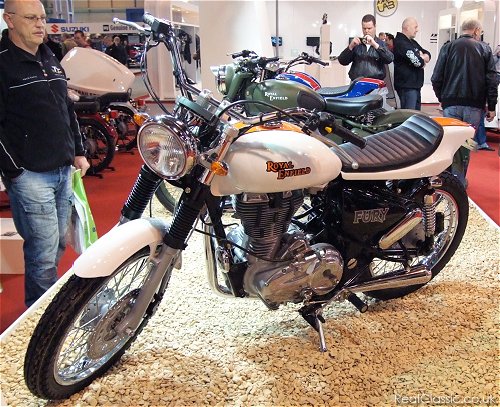 Royal Enfield’s special show launch was the Fury, a Bullet with a flat-track seat unit and some high and wide handlebars. Nice riding position, but that seat doesn’t quite look right from any angle. 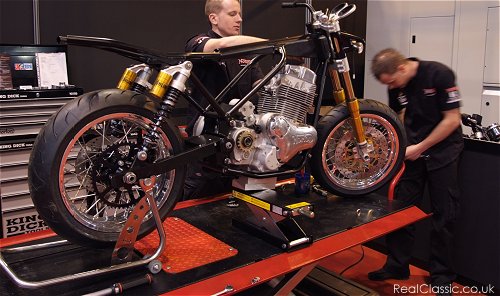 Norton Commando being assembled at the NEC

If there was a prize for the most crowded exhibition stand, Norton would be the winners. As well as the full range of Commandos they had a CNC machine tool churning away making parts and a team of factory technicians assembling bikes. They’ve even fixed the gearchange linkage… 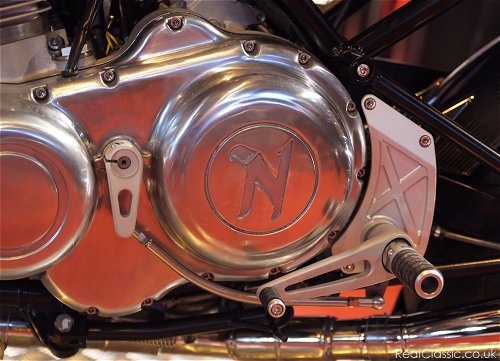 And finally: not wanting to miss the Retro-Bandwagon, LML had a range of authentic looking sixties style scooters in some stunning colours. I’m a sucker for whitewall tyres, me. 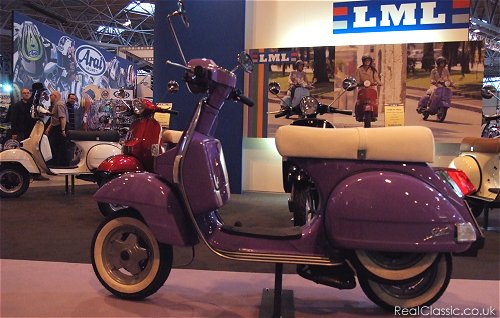