When you think of classic Honda motorcycles, the CB750 normally springs to mind. However, for some folk, the CB900 is the one to have…

Kevin Martin didn’t want a 750-4. He wanted a CB900 and he was prepared to pay for the very best one he could find. ‘I always wanted one,’ he says, ‘since I was 16.’ He had to wait a little while – but then, Honda weren’t exactly fast off the blocks bringing the CB900 to the market in the first place.

Kawasaki seized control of the big bike market in the latter part of the 1970s with the Z900 and Z1000, and Honda’s twin-cam litre-class four didn’t reach the public until the CB750 was a decade old. Honda had been busy building the CBX1000, of course, so the 901cc, 95bhp CB900F finally arrived on the scene at the very end of the 1970s.

The CB900 benefited from all the lessons Honda had learned in building big powerful bikes over the previous 10 years. It used the suspension and brakes from the CBX, combined with a mildly-tuned engine developed from the 16-valve CB750KZ. The result was a bit of a beast – at 235kg dry it massed more than the Z1000, but that was still less than the unfortunately lardy 750KZ – yet one which could be easily controlled and which offered Mr Motorcyclist of 1979 a supremely smooth ride. In top gear, for example, the CB900 would pull without snatching from as low as 2000rpm.

However smooth it may have been, the engine output wasn’t soft and reacted to a big handful of throttle with a real rasp. 70mph in fifth gear arrived at 5500rpm but the long-stroke engine really hit its stride at around 7000rpm, with max power at 9000 revs. In theory you could push it harder, all the way to 11 grand, but the motor had a habit of snapping its conrods if you treated it this way for long periods of time. You could also find yourself stranded by the wayside with a knackered camchain; the tensioner and chain were modified on later models but the early ones were prone to letting go. 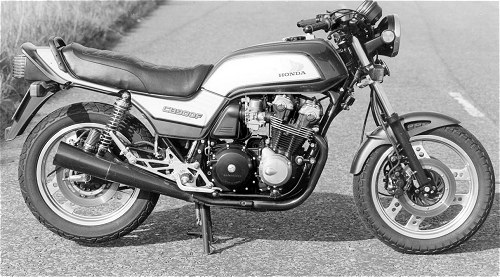 The CB was also criticised for a certain degree of understeer. ‘It tends to flop into low speed corners’ reported Motor Cycle Weekly, although carefully setting up the adjustable air forks and multi-adjustable rear suspension (with preload, compression and rebound options) could offset the effect. ‘The CB900’s handling and suspension do not disguise its bulk but they do make it eminently manageable.’ Test riders of the day didn’t think the 900 was as stable over fast sweeping curves as Suzuki’s GS1000 – but they did consider the CB to be a great improvement over the old 750 Honda.

Fuel economy on the 900 was never going to be great, not when lugging all that load around at high speed. It was capable of returning 40mpg but could also dip into the 20s when used hard. 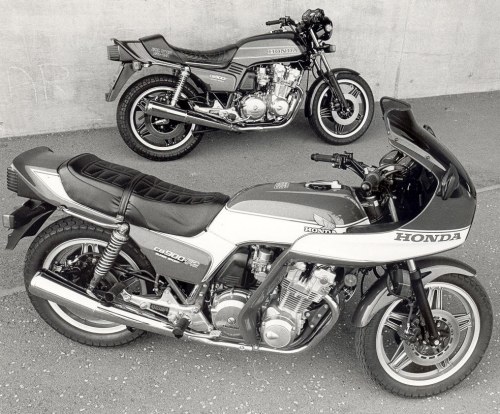 The F2 version arrived in 1981 with a full fairing, and that extra weight made the CB900 even harder to haul around but it also enhanced the bike’s role as a sports-tourer, a niche to which it was well suited. The naked bike, although it looked fast, never quite made the super-sports grade. However, it made a real impression on some people at the time – and one of those was Kevin Martin whose 1981 CB900 took the Best in Show prize at the 2006 Ragley Hall Classic Transport Show.

Kevin’s bike has hardly seen a spanner in 25 years and is in sparklingly original condition. He bought it last year, when we asked him how much he paid for the answer was ‘a lot’! The only job Kevin needed to do to the CB was to replace the exhaust with a standard 4-into-2 system. The cost? Just £330. What price originality, eh? 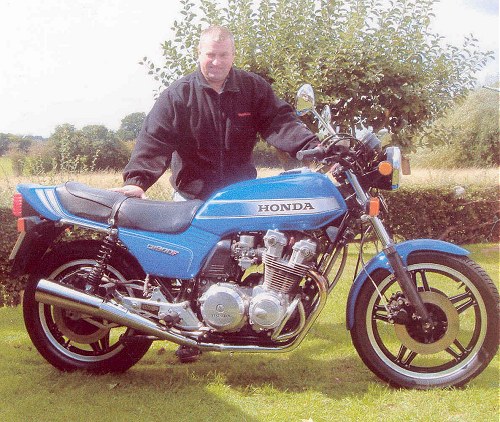 Still, Kevin had been waiting for this bike for a long time – since he was 16 in fact. So he might as well spend the cash, and make it absolutely perfect…