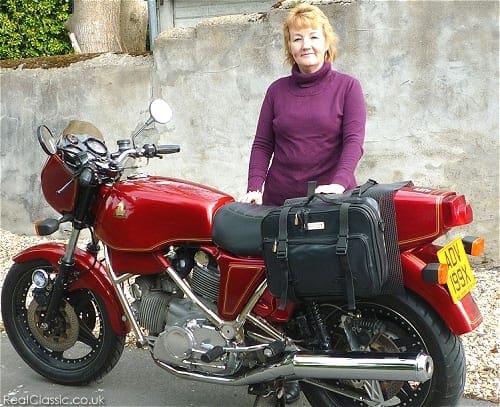 It’s 30 years since the first Hesketh motorcycles took to the streets, and the Hesketh Owners’ Club are celebrating in style…

Owners of Hesketh motorcycles celebrate two anniversaries this year. Both the bike and the owners’ club are 30 years old. The first production bikes were received by their owners in early 1982 but by August the business was bankrupt and all the company assets were auctioned off. A number of Hesketh owners were among the bidders and they formed a mutual help group which became the Hesketh Owners’ Club.

Soon after, Lord Hesketh resurrected the business under the name Hesleydon and produced a few more V1000 and developed the Vampire. That business also petered out and Mick Broom took up the cause until 2010. In total some 200 bikes were produced. The Hesketh motorcycle business now has a new lease of life under the ownership of Paul Sleeman with retail premises in Kingswood in Surrey, featuring an updated version of the V1000.

The HOC’s initial objectives were of mutual assistance and to address the problems of spares and repair availability in the absence of dealer and factory support. Throughout its three decades, the Hesketh Owners’ Club has kept members informed of developments through close liaison with Mick Broom. They help members to track down the bikes’ more elusive and exotic parts, and have had consumables such as fairing screens and exhaust systems remanufactured for sale to members.

The Club has grown to about 60 members world-wide. That may sound like a small number, but the HOC represents some 20% of all Hesketh owners, and the Club regularly provides splendid displays of all models of the marque at shows and exhibitions.

So the HOC has organised a Baton Run to celebrate its birthday, involving as many club members and their bikes as possible. The baton contains an anniversary scroll which started its journey in April on the south coast of England. RealClassic readers Keith and Elaine Rowles took the baton on the first leg of its travels from Barnstaple in Devon, stopping to meet and greet half a dozen HOC members along the way to Poole in Dorset. (And if their V1000 looks familiar that’s because it appeared in RC66)

The baton is now being passed between HOC members across the UK. It’s scheduled to reach Towcester and Daventry, where Hesketh motorcycles were developed and manufactured, in early September. The Club’s annual rally will be held in Towcester at the same time, and on Sunday 9th September 2012 the local Mayor will award the Lord Hesketh Trophy to the best bike at the event. Then a group of riders will carry the baton to the continent to complete its run.

The completed scroll of all participants will be signed by Lord Hesketh and kept by HOC as a snapshot in time, showing the HOC membership at the 30 year point.

If you’d like to learn more about Hesketh motor-cycles then there’s an excellent Brooklands Limited Edition Extra on the subject. RC readers benefit from a 20% discount on the cover price at: store.brooklandsbooks.com/realclassic