When a treasure trove of vintage motorcycle drawings, press cuttings, notebooks and more were discovered, a classic bike enthusiast resolved that they should be shared with the world. So here’s the cream of the crop…

RC reader Alan Freke is a regular volunteer at his local village Museum at Frenchay near Bristol and helps to organise their Vintage Vehicle Extravaganza.

When a cache of ‘old bits and pieces of paper’ relating to old motorcycle was discovered locally he was the natural person to investigate. It didn’t take Alan long to spot that the material, dating from 1910 through to the mid-1930s, was indeed a precious hoard.

This was the personal archive of Francis Simpson, a technical artist who not only provided drawings for ‘The Motor Cycle’ but was employed by the Douglas motorcycle concern for a couple of years as their advertising manager. As a freelance he then worked with other well-known motorcycle manufacturers of the era, including Vincent-HRD and Matchless, and provided illustrations for the aeronautic business too. 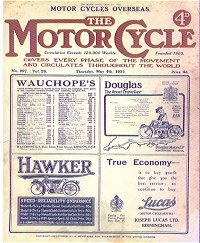 The pages are packed with Simpson’s motorcycling memorabilia; photos of bikes which were loaned to The Motor Cycle while he was on the staff; bills for his own bikes and their licences; sketches which never saw the light of day; route cards from road trials and rallies; finished artwork as it appeared in print, and hundreds of beautifully rendered line drawings, all crisply reproduced and enhanced by detailed captions.

Editing this little lot must have taken many months of hard work and the result is a captivating insight into the motorcycle industry of the inter-war years.

Being particularly susceptible to the motorcycles of this era and – hang it – anything vaguely art deco, I was captivated by Simpson’s gorgeous flair for design. Rivet counters will admire his painstaking rendering of every nut, bolt, washer, screw, pin, flange, cog and widget on the owner’s manual type of drawing, but his advertising material really caught my eye. Even a brochure for HRD’s humble ‘Bantam’ light delivery van, an automobile of expediency produced during the Depression, is beautifully styled and drawn with clean curves intersecting no-frills grids to create a complex, eye-catching identity based on minimal components. It’s beautiful in mono: in full colour it must be stunning.

Simpson’s sketch of an ‘ideal motorcycle’ is another glorious piece of art. Rather than presenting a plain, side-on view of this fictitious motorcycle, he has drawn the machine form the rear at a three-quarters angle, as seen from above (which happens to be a great place to take a photo from, too, if you have a handy wall to stand on…). Simpson’s motorcycle for everyman features improved silencing, a spring-up centre-stand, silent cam gear, an inclined engine with enclosed overhead valves, illuminated instruments and ‘clean’ handlebars, uncluttered by levers, knobs or cables – all of it enhanced by revealing cut-aways to give an X-ray view of the engine internals. Just that one drawing could fascinate an old bike fan for hours, and there are dozens more to look at in here. 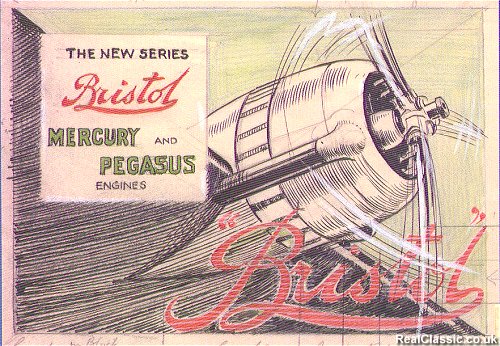 Alan Freke was keen to make this marvellous material available to as many readers as possible, so somehow he contrived to produce a hardback of considerable quality which retails at less than a tenner. There can be less than a sniff of profit in each sale, but that’s not really the point, I suspect. There is an argument that some of the material would have been better presented in glossy colour which would have inevitably doubled the price of the book… but the majority of sketches and drawings were mono in any case. One tiny technical hitch happened to the title, however: this book is either called ‘Precise in Every Part’ or ‘Perfect in Every Part’. Depends whether you believe the cover or the title page…

The original papers of Francis Simpson’s archive has been deposited with Bristol Record Office so that, in Alan Freke’s words; ‘they will be preserved for all time and be available for future generations to appreciate the simplicity of line, that so beautifully brought cold metal to life.’

There will be few of us who will view Simpson’s drawings at the Record Office but, thanks to the publication of this volume, they are accessible to many. It’s an achievement to be proud of.

Email frenchaymuseum@hotmail.com to place an order. 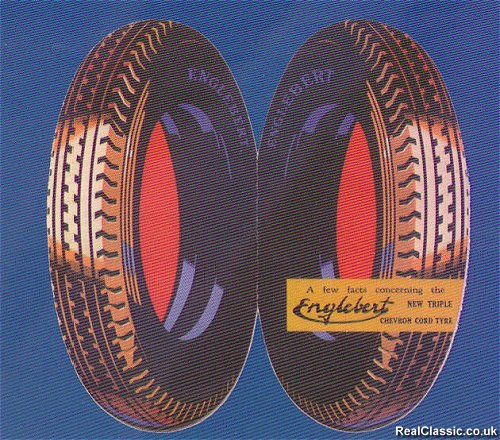