Paul Jennings had been perfectly happy with the Mikuni carb fitted to his BSA B44. So he had some misgivings about swapping to a brand new Amal Concentric. Here’s what he discovered…

Six or seven years ago when I put my B44 together I was determined to make it as easy to start and reliable as possible. Both my bank manager’s and the postie’s patience were tested as I acquired a splined gearbox mainshaft, modern clutch, Tri-Spark ignition and that holy grail of induction solutions, a Mikuni VM carburettor kit.

The Mikuni is a story in itself, but having eventually got it sorted, ‘Dial V for Victor’ was as easy to start as any B44 I have come across. The BSA also had exceptional low and mid-range power – ideal for trail riding. However last winter I decided to do a bit of a super-moto conversion and as part of the project fit a 30mm carb to give a little more top end poke. A Mikuni VM30 was going to be too large to fit in the available space, so with a degree of trepidation I ordered an Amal Premier Concentric and bolted it on. Too easy!

Really. I had forgotten what a pain it had been getting a non-standard carb to fit and run correctly. The Amal, unsurprising bolted straight on in about five minutes, it was almost like the bike was designed for it. No disappointments in use either, V-Victor now needed a little throttle to start, but once I had figured that out it was just as easy fire up as it had been previously, had lost none of its mid-range torque and certainly went better on full throttle. This should really have come as a surprise as the factory no doubt had rather more expertise in tuning carbs that I do. 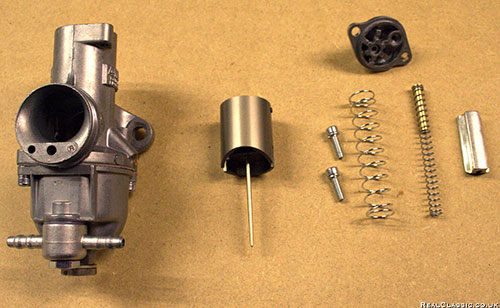 So what makes the Premier Concentric such a good bit of kit then? If you read the blurb you will note that it features a slide with a hard-anodised surface, an unsinkable float, removable plug that allows access to the pilot jet, is entirely happy to be filled with fuel containing Ethanol and has a subtle but pleasing passivated finish. All of these features are worthwhile tweaks to the original design and must be well worth the extra £20 or so over the cost of a base model. I don’t think that I would bother changing to a Premier carb if I had a standard one fitted that was in good nick but, as all of the originals are now at least 40 years old, most of them have to be reasonably well worn. 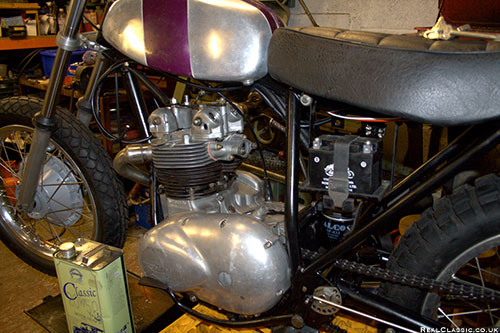 So for my money fitting a new Premier as part of a rebuild is now a no-brainer. It’s easy to do, the correct jetting information is easily available and it will do the job at least as well as any of the alternatives that I have come across. £130 well spent. 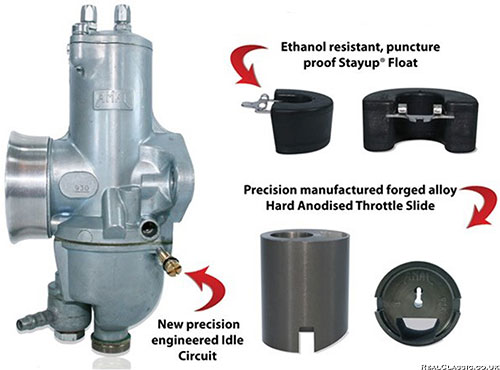 One final point to consider; I nearly missed out on discovering the charms of the Premier altogether as initially I attempted to buy direct from the UK base of the manufacturer. The person I spoke to there clearly hadn’t done the customer care course and couldn’t have been less interested in helping. Maybe they are not really set up to sell to the public? Fortunately I subsequently called Surrey Cycles who were super helpful and delivered everything that I needed the very next day. I have bought three more Carbs from them since and always had absolutely top service.

Happy days. I’m off to bolt this latest one onto my TR5T.